Cosmetic injections have increased in men, but men don’t often achieve the same results as women. To provide the same degree of success, dermatologists should take into consideration the more masculine features, according to several studies published recently. 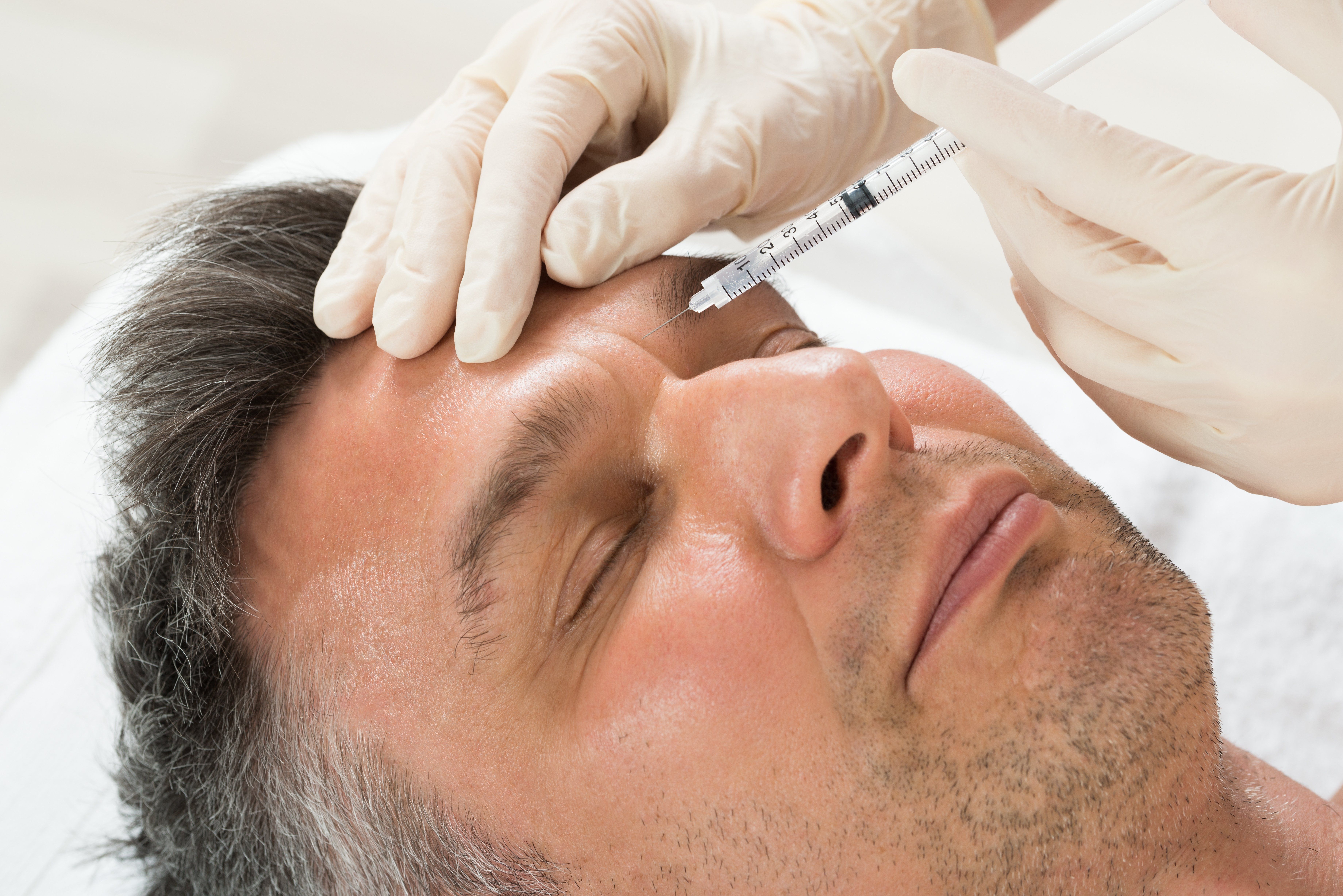 The use of neurotoxins and dermal fillers in men has been on the rise for nearly two decades, but men don’t often achieve the same results as women. To provide the same degree of success, dermatologists should take into consideration the more masculine features, according to several studies published recently.

Since 1997, there has been a nearly 300% increase in the number of cosmetic procedures performed on male patients. Neurotoxins and dermal fillers have been among the most common. In fact, cosmetic injections have increased in men by 81% since 2010 and 254% since 2000. Despite the increased use, however, men still experience lower levels of efficacy. For example, based on a 2013 study published in Dermatologic Surgery, only 33% of men reported a significant response to abobotulinumtoxinA (Dysport, Ipsen) compared to 83% of women. The reason, according to most investigators, is that men have more muscle mass. And, treating them correctly requires a more individualized approach.

“A lot of men come to me and say they were told that Botox wouldn’t work for them, they were resistant to it, or that it wasn’t an option,” says Derek Jones, M.D., a dermatologist with Skin Care & Laser Physicians of Beverly Hills. “That’s not true. For the vast majority, it’s because the proper dose hasn’t been used. You have to dose escalate with many male patients.”

For example, on average, he said, men can require a dose of approximately 40 U or more of onabotulinumtoxin A (Botox Cosmetic, Allergan). That high a dose is off-label and is approximately double the Food & Drug Administration (FDA)- approved 20-U dose most commonly used to reach the desired effect in women.

HOW ARE MALE FEATURES UNIQUE?

There are several gender-based characteristics that set men apart when considering neurotoxin treatments.
Not only are men’s skulls about 20 % larger than women, but they have more facial muscle mass, subcutaneous tissue, and blood vessel density.

In particular, men have more prominent jawlines and chins, higher and wider foreheads, and their eyebrows have a flatter contour, sitting lower along the orbital rim. In contrast, women’s eyebrows have a more feminine, arched appearance. Additionally, men’s eyes, while larger than women’s, are proportionally smaller in relation to their skull size, and their noses tend to be wider and straighter than women’s.

According to a study published in 2015 in the Journal of Drugs in Dermatology, these anatomical differences also impact facial expressions. Men’s facial expressions are larger after adjusting for face size, and men tend to develop more severe, deep wrinkles in all facial areas. This is largely due to lower levels of subcutaneous adipose tissue compared with women, the investigators found. Male patients also have more skin collagen density and larger facial pores that produce sebum that waterproofs, lubricates, and maintains skin’s flexibility.

Currently, the three forms of Botox available - abobotulinumtoxinA, onabotulinumtoxinA, and incobotulinumtoxinA (Xeomin, Merz Aesthetics) - mainly target the muscles underlying the glabella. These muscles already require higher neurotoxin doses than other facial muscles, meaning the dose needed to impact greater muscle mass is even larger.
Although 20 U is the FDA-approved dose for onabotulinumtoxin A, a 2012 study published in the Journal of Drugs in Dermatology revealed higher doses are safe. When adjusted for small, medium, and large muscle mass, doses of 50 U, 60 U, and 70 U, respectively, were safe in women, and 60 U, 70 U, and 80 U, respectively were safe in men.

There is no published dose data that can direct dermatologists on the exact amount to give men based on their size and muscle mass, though. Much is left up to clinical judgment and incremental dose escalation, says Dr. Jones, who has published and presented research on incobotulinumtoxinA at the 2017 American Society of Dermatologic Surgery meeting.

Assess the patient’s muscle mass and proceed slowly to prevent paralyzing the facial muscles, over-widening the inter-brow space, or distorting the brow contour.

“There’s no magic formulation for identifying the right Botox dose for men. It largely boils down to experience,” he says. “One of the best ways to determine a male patient’s muscle mass is to put the corrugator muscle in the brow between the thumb and forefinger and have the patient contract the muscle so you can feel the thickness between your fingers.”

Aim the needle away from the eye to avoid injecting behind the septum into the orbicularis oculus, which can cause eye droop. Angling the needle parallel to the corrugator body can improve the chances of injecting directly into the muscle. With greater blood vessel presence, men are more vulnerable to bruising, so visible blood vessels should be avoided.
Dermatologists must also exercise care when determining dose for treating the male brow, Dr. Jones says.

“We want to avoid arching the brow in men because it has a feminizing effect,” he says. “We must make sure we’re injecting the elevator muscle of the lateral brow in a certain way to avoid overarching.”

According to the 2015 Journal of Drugs in Dermatology study, dermatologists can effectively treat forehead rhytides in men, and side-step brow overarching, by equally injecting the medial and lateral frontalis.

With the steady increase in knowledge among men of what Botox is and how it can work for them, Dr. Jones says, only one main challenge remains to augmenting use in this group - the cost. Achieving the desired effect with more toxin makes the procedure more expensive.

“I use the analogy of the hair cut with women. When women go to the hair dresser, they have more hair and often pay more to have it cut, colored, and styled,” he says. “It’s the same with men and Botox. Many practices charge by the amount used. So, when you escalate the dose, the price tag goes up.”

Consequently, men who have denser muscle mass in their faces can anticipate paying more for Botox treatments than their female counterparts.

“It’s very important to continue to research how Botox affects and works in men. We’ll see new toxins coming to market within the next year, and they’ll likely act just like the other toxins have done,” he says. “The take-home point is that there will be a lot of variation. What’s good for one man might not be good for another, so we’ll have to pay attention to dose.”Â 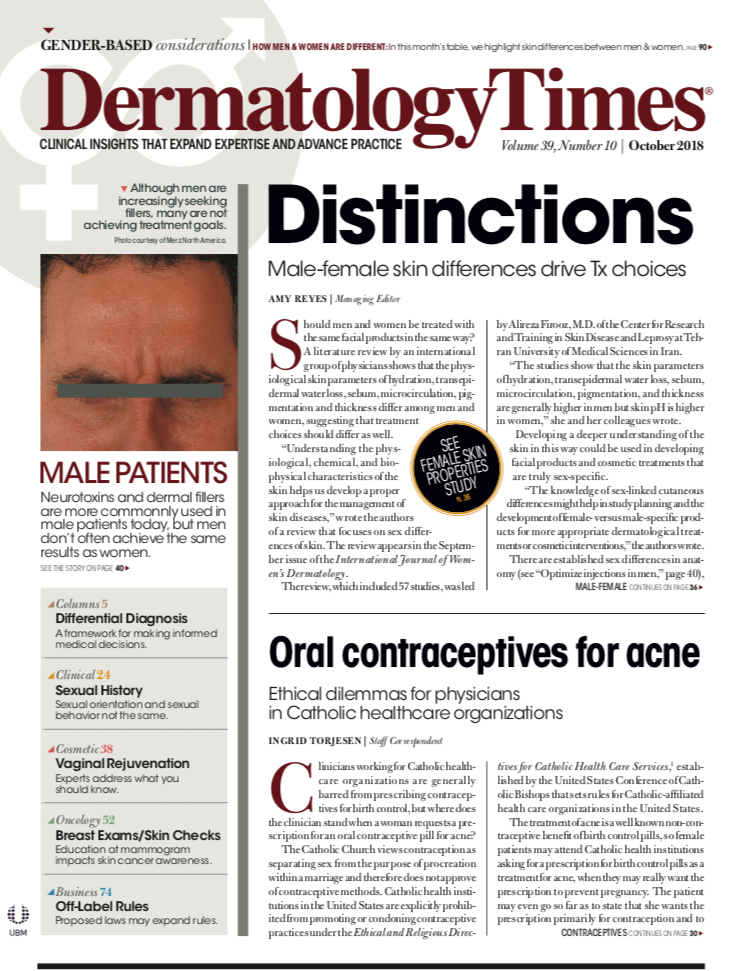