A solution for estrogen-deficient skin

Although skin aging is largely a result of genetics and UV exposure, menopause also plays a significant role. 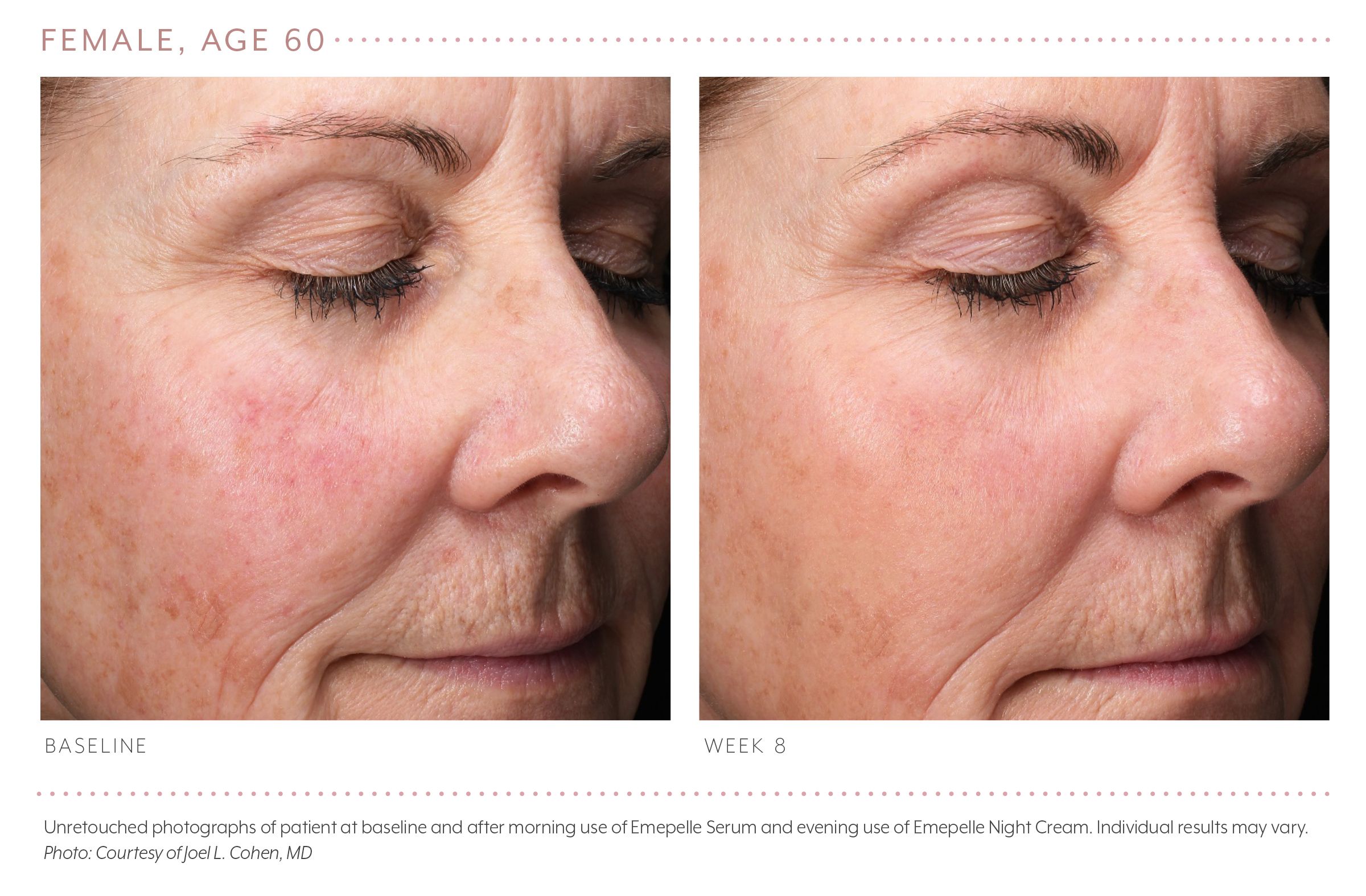 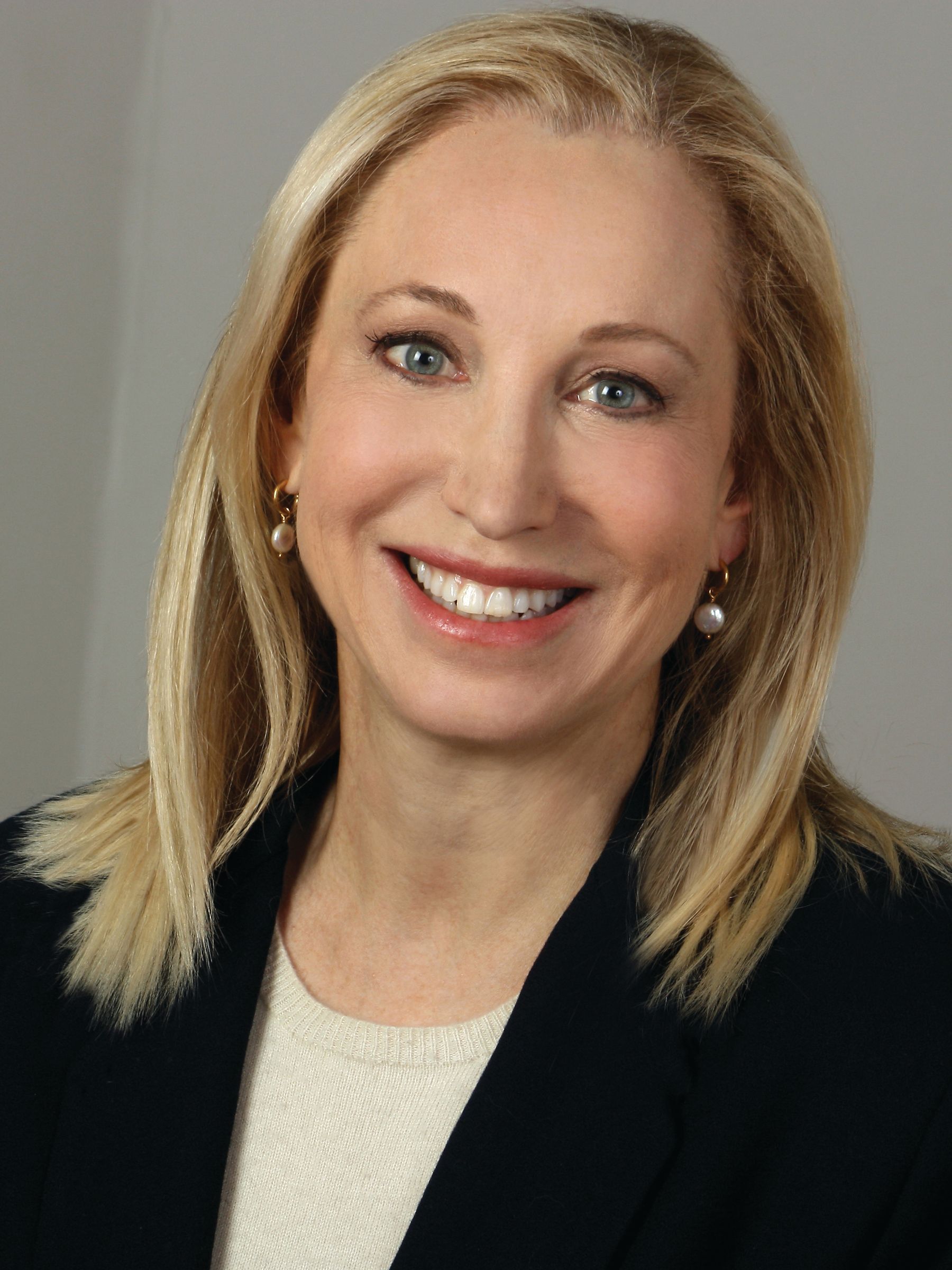 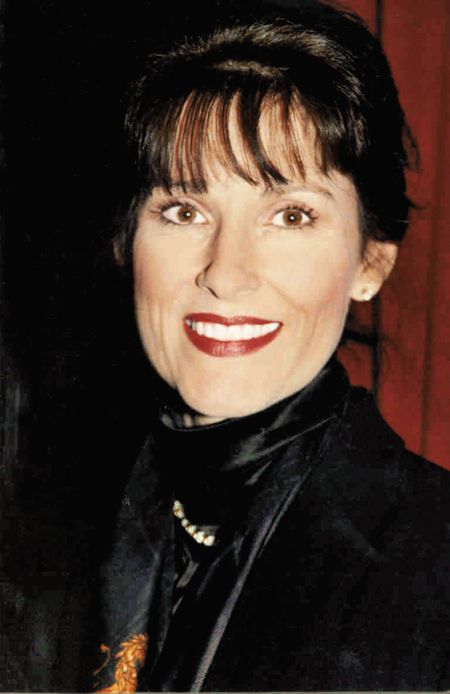 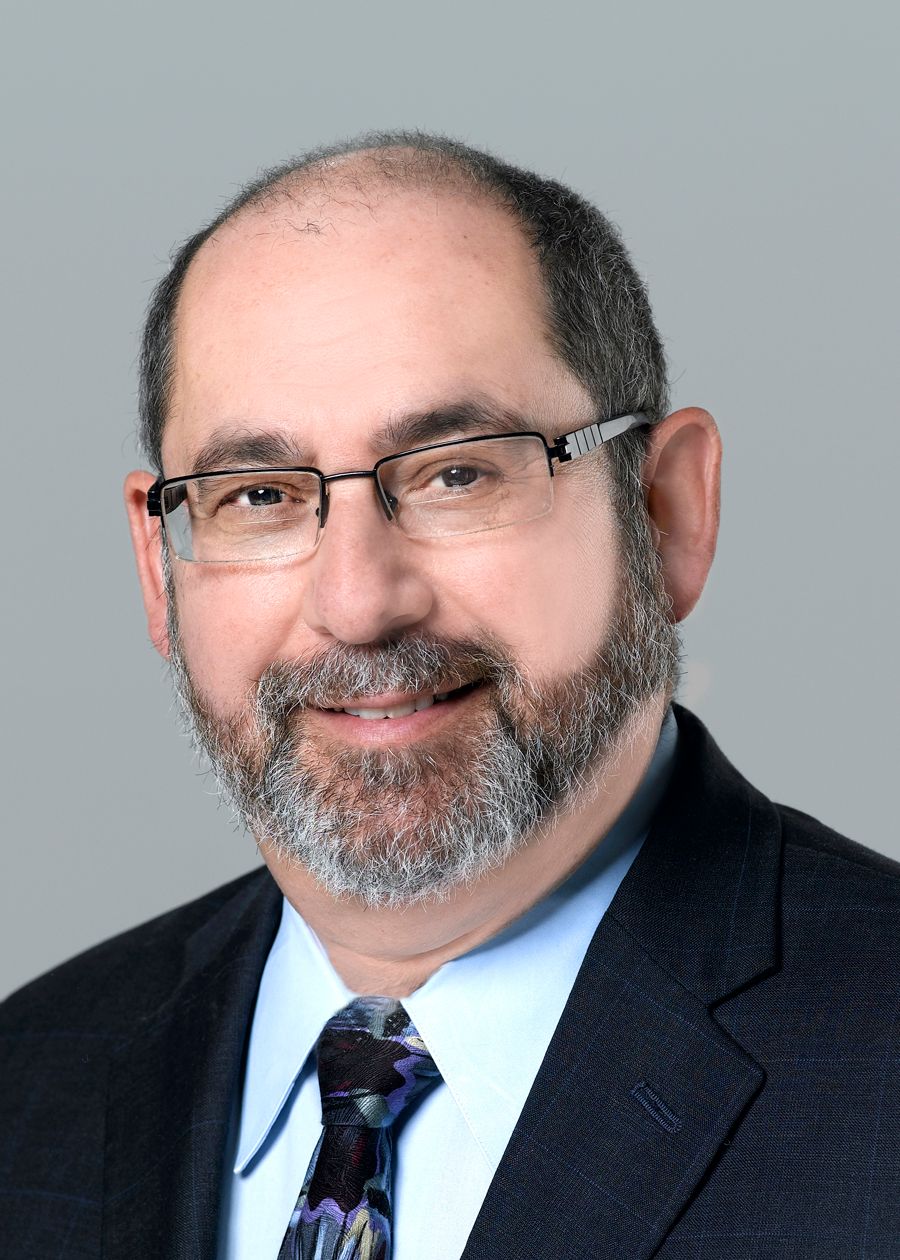 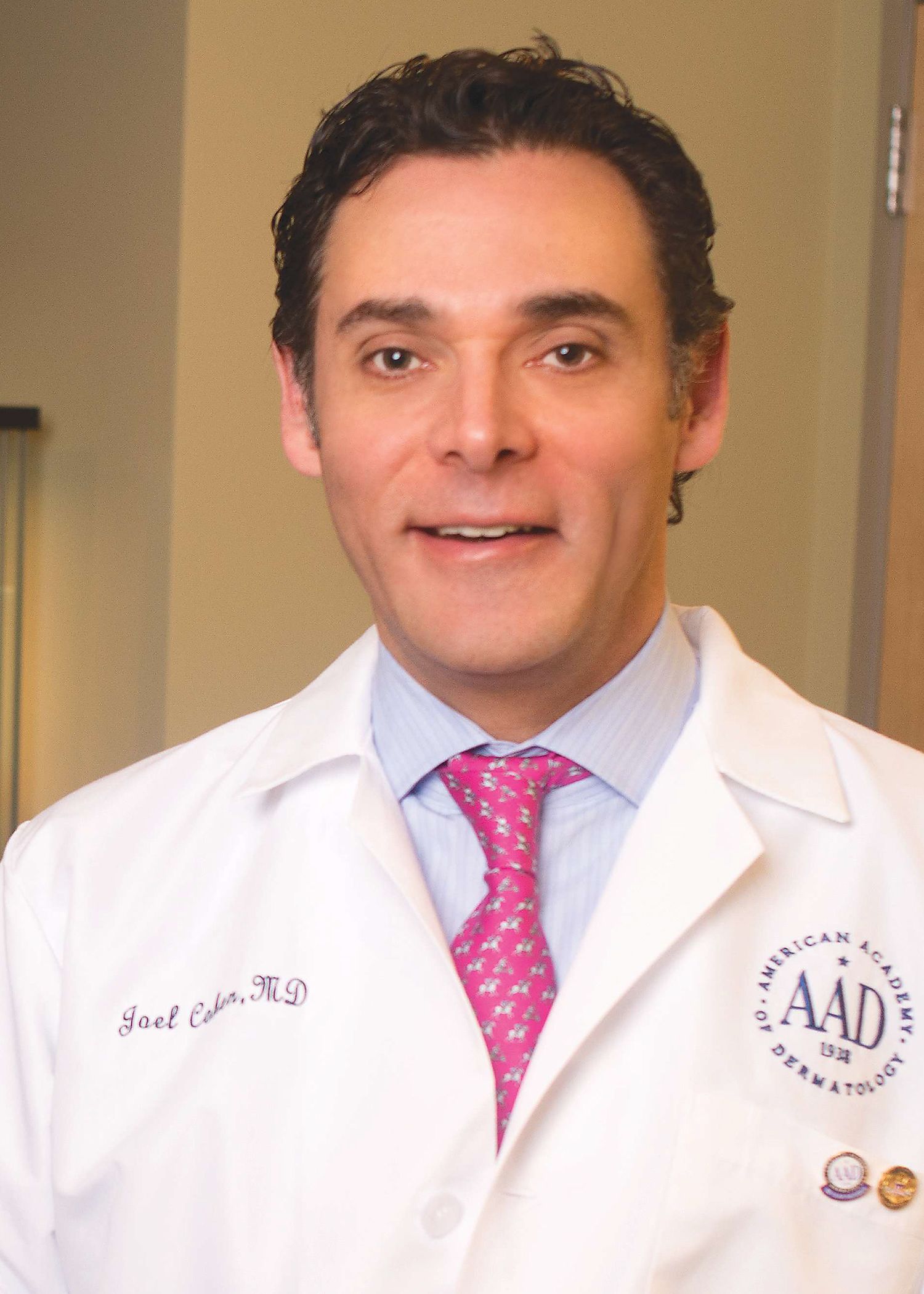 There’s a new cosmeceutical agent on the market that can benefit estrogen-deficient skin without the systemic effects of estrogen. It’s called MEP, or Methyl Estradiolpropanoate, and studies show that it significantly improves menopausal skin-related symptoms.

According to Diane Berson, M.D., a dermatologist in private practice in NYC, many skin changes seen in aging women are the result of photodamage, environmental exposure and chronological age. However, when a woman loses estrogen after menopause, her skin changes even more. “Estrogen-deficient skin can be characterized by dryness, wrinkling, thinness and itching. Interestingly, many women don’t associate that with menopause, just with getting older,” says Dr. Berson.

Estrogen is an essential component of skin function, health and wellness. It has been shown to improve skin elasticity, hydration and thickness. Once skin becomes estrogen deficient it undergoes histological changes responsible for decreases in collagen and IGF-1 production, among others, that are associated with the rapid proliferation of unwanted aging skin symptoms.

“[Patients] associate symptoms such as night sweats and difficulty sleeping with menopause. After menopause, skin loses estrogen and, subsequently, estrogen receptors on skin cells such as fibroblasts… Estrogen binding those receptors is responsible for plumping the skin, stimulating the development of glycosaminoglycans, which improve hydration, and also stimulating new collagen and elastin. The loss of that interaction leads to the clinical signs of dryness and wrinkling,” says Dr. Berson, who presented “A New Cosmeceutical for Estrogen Deficient Skin” at the American Academy of Dermatology’s (AAD) 2019 spring meeting in Washington, D.C.

About 6,000 women enter menopause every day in the United States, according to Dr. Berson, and it’s predicted that about 46 million women will be over the age of 55 by 2020. While mean life expectancy has increased by about 30 years since 1900, menopause has only been delayed by about five years. That means women are expected to live postmenopausally roughly 25 years longer than those of previous generations.

“Women are living longer and longer,” stresses Dr. Berson. “We know the lifespan is increasing, but the age of menopause has stayed essentially the same.”

This means that more women are going to be spending a larger percentage of their lives as post-menopausal. “Women living to 80, 90, 100 who have menopause at 40 or 45 can end up living half of their lives postmenopause,” Dr. Berson says.

Additionally, studies have shown that women lose a significant amount (up to 30%) of collagen in the first five years of menopause, with a 2% loss in subsequent years. So treating estrogen-deficient skin sooner should keep skin looking younger longer.

Traditionally women have used either oral or topical estrogen products to help improve the signs and symptoms of menopause. Unfortunately, these options can also result in increased levels of systemic estrogen and the possibility of unwanted hormonal side effects.

“Concerns include hyperplasia of the uterine endometrium, stimulation of breast tissue and cardiovascular disease. Many women don’t want to take hormonal treatments with a potential for side effects,” Dr. Berson points out.

“It would be great if we had something available topically that could be applied to the skin that acted like an estrogen, stimulating estrogen receptors but without potential systemic side effects.”

That ingredient is MEP, she says.

MEP is non-hormonal estrogen receptor agonist (NERA). It is not a hormone and has none of the potential risks of a hormone, and its mode of action is known.

“MEP interacts with the estrogen receptors on the surface of cells such as fibroblasts, stimulating the formation of collagen and elastin and increasing the hydration of the dermis, essentially acting like an estrogen receptor agonist,” explains Dr. Berson.

But unlike estrodial, MEP is broken down into an inactive metabolite, which enters the bloodstream and exits the body without being absorbed.

“Basically, you are getting the benefit of an estrogen-type product, but with none of the side effects because it is broken down into an inactive ingredient,” says Dr. Berson.

For more on the products, see: MEP technology in a daily serum and cream

According to Elliott Milstein, Senior Vice President of Product Innovation at Ferndale Pharma Group, which manufactures MEP, “Ferndale licensed the basic technology a while ago and spent a lot of time developing the synthesis and scale-up.”

It was up to him to figure out how to bring it to market, he says.

“It sounds simple, but our market research showed that many women are very uncomfortable talking about estrogen and menopause, even when it is only how it relates to the skin,” says Milstein.

The good news is, if a woman begins using MEP before menopause, she can prevent those significant skin changes from happening that begin in early menopause. Women who are already in menopause or post-menopause can also benefit, but results may not come as quickly or be as dramatic.

In a double-blind, randomized pilot study published in November 2018, investigators evaluated the safety and efficacy of MEP in estrogen-deficient women.1 The initial safety study included 60 women, all amenorreic for a minimum of three years and assigned to either MEP (n = 40) or placebo (n = 20) treatment groups. Patients applied product to face twice daily for 12 weeks; blood samples were taken at baseline and week 12 to evaluate presence of MEP and inactive metabolite, with a quantifiable limit set at 20 pg/mL.

After 12 weeks of use, only one of the 40 patients in the MEP treatment group had inactive metabolite above the quantifiable limit. There were no adverse events and both investigators and patients rated product tolerability to be “excellent,” with no related burning or itching.

The efficacy study that followed included 80 women, amenorreic for 3 to 10 years, with no history of hormone replacement therapy and assigned to either MEP (n = 60) or placebo (n = 20) treatment groups. Patients applied product to face twice daily for 14 weeks.

At week 14, investigators found significant improvement in MEP vs placebo for skin dryness, dullness, thickness, laxity, erythema, atrophy and fine lines. The study was designed such that MEP could be responsible for the observed results.

“We wanted to be sure that the effect we were observing was due to the active MEP and not due to moisturizing substances in the vehicle,” says Dr. Draelos. “We tried to create as close to a placebo as possible in the vehicle. This is important because the moisturizing vehicle is the active in many cosmeceutical formulations.”

Digging Deeper into the Data

“When they did the studies of MEP and then performed biopsies of the skin that had been treated with MEP after 14 weeks, they looked for estrogen receptors on fibroblasts,” says Dr. Berson.

“We know that the presence of estrogen stimulates receptors to increase on the cells, but MEP similarly did this. So you could have a woman who’s been postmenopausal for five years, give her this product and she can actually reform estrogen receptors on her fibroblasts,” says Dr. Berson, thereby stimulating receptors and subsequently increasing collagen and skin hydration.

“As dermatologists, I think we will be treating a larger percentage of postmenopausal women. We can reverse the signs of estrogen-deficient skin by using this product but yet not have to worry about any of the potential hormonal side effects because it is not a hormone,” Dr. Berson says.

Joel Cohen, M.D., a dermatologist in Denver, Colo., tells Dermatology Times that he recently completed a 20-week open-label study of the MEP technology.

Importantly, “Patients really liked the formulations - which are what is now currently available: the day serum and the night cream,” he says.