Psoriasis in skin of color

Psoriasis is less likely among people with skin of color, but the often unsightly and quality-of-life threatening skin disease isn’t less impactful among African Americans, Hispanics/Latinos and Asians/Pacific Islanders.

Psoriasis is less likely among people with skin of color, but the often unsightly and quality-of-life threatening skin disease isn’t less impactful among African Americans, Hispanics/Latinos and Asians/Pacific Islanders.

Studies suggest that the quality-of-life effect of psoriasis on patients with darker skin types, including African Americans and Hispanics, may be greater than it is in Caucasians, according to Dr. Alexis. 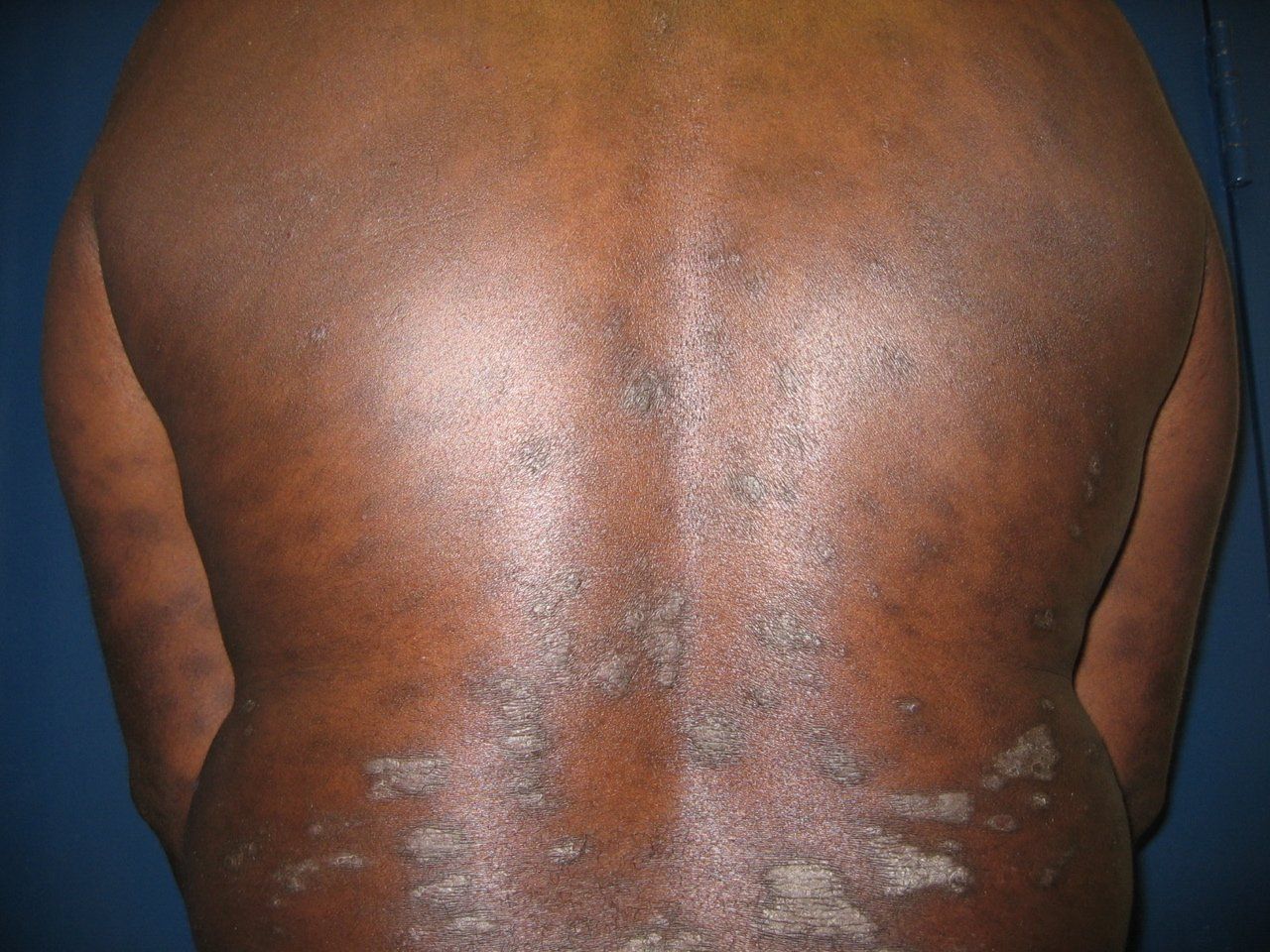 “Potential reasons for this include the tendency to develop pigmentary abnormalities in association with psoriasis. So, after the psoriasis clears, there are persistent dark or light patches and vulgaris, which can last for many weeks or many months, depending on the person,” Dr. Alexis says. “Cultural perceptions of the disease that might also adversely impact quality of life.”

Ethnicity figures from a 2012 National Psoriasis Foundation study suggest that 87% of psoriasis cases are in Caucasians; 4% in the Hispanic/Latino population; 2% in African Americans; 2% Asian Americans; 1% in Native Americans; and 2% in others.

A 2011 study published in the Journal of Drugs in Dermatology by Dr. Alexis et al. found that Latinos, African-Americans and Asians are more deeply affected by psoriasis, physically and psychologically, than Caucasians.

The National Psoriasis Foundation found in 2009 that those same ethnic groups dealt with more embarrassment, anger, frustration and self-consciousness as part of their psoriasis. According to the study, nearly one-quarter of African Americans report having severe psoriasis compared to 8% of Caucasians. Seventy-two percent of minorities with psoriasis said it impacted their ability to enjoy life compared to 54% of Caucasians. More than three-quarters of minority respondents reported that psoriasis made their appearance unsightly, versus 64% of Caucasians. Minorities were also likely to report that their psoriasis was disfiguring and that they choose clothing to conceal psoriasis, according to the Foundation.

NEXT: Differences in presentation 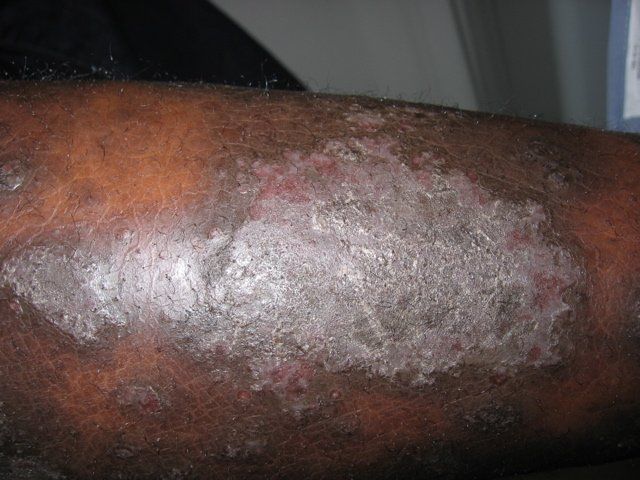 Psoriasis in skin of color.Photo credit: Andrew Alexis, M.D.There are some nuances in how psoriasis might present in people with darker skin types, according to Dr. Alexis: “People with psoriasis, who are darker skin types, might have visual differences and that has to do with the background of the melanin. They have excess melanin pigment in the surrounding skin, so that the redness of the psoriasis plaque may be less visible. It may look less red and, in fact, have a darker or purplish, or violaceous hue--as opposed to erythematous hue. In some cases, it may be a more challenging diagnosis, because it might be difficult to distinguish from other scaly, inflammatory disorders, like lichens planus, for example.”

Dr. Alexis’ observation is corroborated by a survey completed by 29 dermatologists who are opinion leaders in psoriasis.  “About 66% of the respondents reported the different manifestations of disease, such as more dyspigmentation, thicker plaques, and less erythema in African-Americans.”2

Psoriasis treatment for patients with skin of color is much the same as it is for Caucasians, but with some variation.

In particular, dermatologists need to be aware of the hair care practices of African American women with scalp psoriasis, Dr. Alexis says.

“Because of the differences in hair structure and hair styling practices amongst women of African ancestry, the treatment recommendations for treating scalp psoriasis are a little bit different,” says Dr. Alexis. “Specifically, hair washing frequency amongst African American women tends to be less frequent-once per week or once every other week is a common frequency in that group. And when it comes to recommending medication and other topicals, we have to take into account this lower hair-washing frequency.”

For African American women with scalp psoriasis, Dr. Alexis says that he generally recommends once weekly washing with a medicated shampoo and use of a potent, or a class 1, corticosteroid during the week. Biologics can be considered for more severe scalp psoriasis.

The topical agents that dermatologists recommend for these patients should be compatible with each patient’s hair care practices.

“For example, the vehicles that tend to be more suitable for the most common hair types and hair styles that we see in the African American female population would include lotions, oils and emollient foams,” he says.

The clearance, he notes, occurs in two phases. First, the plaque clears, taking with it the scaling, redness and roughness. The second phase is clearance of the dark or light patches.

“As far as specific treatment for the dark patches, we can incorporate topical bleaching agents, including hydroquinone 4%, to be applied directly to the dark spots,” Dr. Alexis says.

Management for patients with skin of color is essentially the same as it is for lighter skin. However, dermatologists should keep in mind that African American psoriasis patients tend to present at later stages of their disease than Caucasians with the condition.

“We tend to see more severe psoriasis at the time of presentation and there seems to be a lower general awareness of psoriasis in certain skin of color communities, including African Americans and Latinos. So, patient education about psoriasis and available treatment options is important,” he says.

NEXT: More on this topic

For more on the topic

A retrospective study to investigate racial and ethnic variations in the treatment of psoriasis with etanercept:

Disclosure: Dr. Alexis is a consultant for Amgen and an investigator for Novartis.