Suzanne Kilmer, MD, discusses some of the exciting laser therapies she is showcasing at the 2023 Maui Derm Hawaii Conference.

At the Maui Derm 2023 Hawaii conference, Suzanne Kilmer, MD, moderated a workshop called "Lasers, Lights, Radiofrequency, Photodynamic Therapy and More". The session features the foremost authorities on lasers and energy-based devices. Kilmer offered a look into just some of the technology being discussed.

Suzanne Kilmer, MD: We go through everything that we do with vascular laser, port wine stains, hemangiomas, blood vessels, rosacea; anything that is red. There is a separate session on scloerotherapy, which also has red veins, so we do a little bit with lasers on that. But you know, sclerotherapy and endovenous (procedures done inside the vein) is a big part of that. And then we have sessions that are literally on tattoos and treatments and pitfalls and complications you can get in. The same thing for laser hair removal and laser resurfacing, which means everything from fractional to fully ablative treatments; we have all kinds of combinations of that. We also talk about acne and ways to target acne with lasers, that's a booming field right now. There are new lasers in the 1720 nanometer range that target the sebaceous glands because they have fat in them and that wavelength is absorbed by fat. So that's kind of a big newer one that's coming out. We'll also talk about lots of stuff to do with body contouring; everything from decreasing fat to increasing muscle and tightening skin and we have separate lectures on all that. 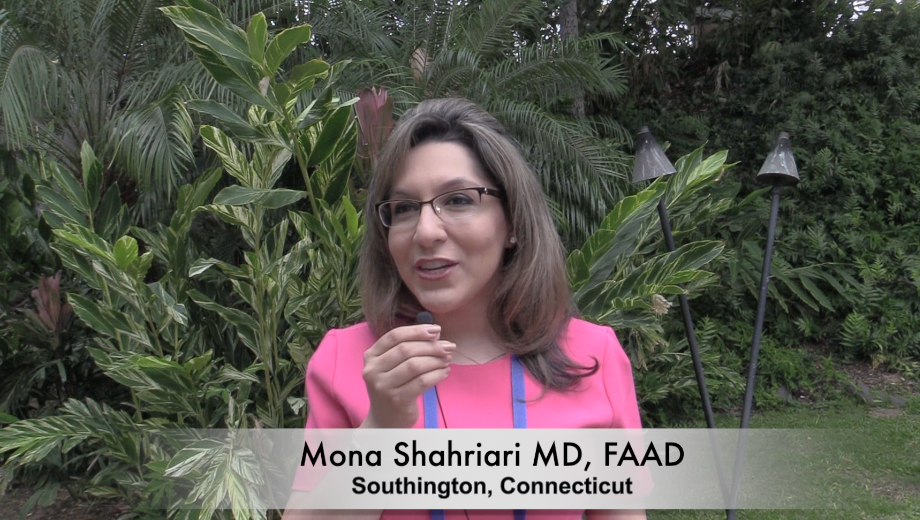