Hyperpigmentation requires dermatologists to take a multimodal approach and be familiar with a menu of treatments, according to a presentation given at Maui Derm for Dermatologists 2022, held January 24 to 28, 2022 in Maui Hawaii, and virtual.

Dermatologists need a variety of treatments used in conjunction to effectively treat hyperpigmentation disorders in patients, according to Pearl E Grimes, MD, director of the Vitiligo and Pigmentation Institute of Southern California and clinical professor in the division of dermatology at the David Geffen School of Medicine at the University of California Los Angeles.

She gave a comprehensive assessment of treatments for providers at the current Maui Derm for Dermatologists 2022 meeting in Maui, Hawaii.1 Grimes explained that hyperpigmentation can cause patients great distress, so dermatologists need a strong working knowledge about treatment – not just types, but how to use them in a multimodal manner for effective combination.

Grimes said that the first line of treatment is photoprotection in the form of sunscreen, with tinted products that block visible light (such as those containing iron oxide) in addition to ultraviolet light. Next, she said oral antioxidants such as polypodium leucotomose, lyposomal glutathione, and pycnogenol/grape seed extract have been proven effective in treating patients with hyperpigmentation. In addition to being used orally, Grimes reported that vitamin E and niacinamide can be used topically. Finally, she said silymarin is an effective topical antioxidant.

The next tools in the box that Grimes listed were topical lighteners. These include a wide variety of treatments: retinoids, glucosamine, niacinamide, protease inhibitors, soybean milk extract, topical steroids, salicylic acid, lactic acid, and glycolic acid, among others.1 This category also includes hydroquinone formulations, which are supported by multiple global studies, and new paradigms that include many non-hydroquinone agents: among them cysteamine, tranexamic acid (which can also be used orally– but Grimes said that this should not be used on women taking birth control pills or patients with vascular orautoimmune issues due to rare thromboembolic phenomena), and malassezin whose effectiveness Grimes featured during her presentation. In particular, she noted how a lower dose (250 mg) of transexamic acid was actually more effective for patients than a higher dose of 500 mg in a 28-week study by Chowdhary et al.2 She pointed out that oral transexamic acid is also used with other topicals.

Grimes and colleagues have conducted the world’s first novel proof of concept study of malassezin that assesses its lightening effects and safety in facial hyperpigmentation treatment. The results show strong lightening effects from baseline to four weeks. This study’s clinical data has been accepted for publication by the Journal of the American Academy of Dermatology, and the histology has been accepted by the Journal of Drugs in Dermatology, Grimes said.

The next set of tools are resurfacing procedures, Grimes said. She explained that these include chemical peels, microdermabrasion, microneedling, platelet-rich plasma therapy, ablative and non-ablative lasers, and intense pulsed light. Grimes noted that lasers can be difficult based on skin type: she said the darker the skin, the greater the risk.

In an interview with Dermatology Times®, Grimes said that treating hyperpigmentation “is not a one trick pony – it requires a stable, all moving synchronously, dancing and bobbing to achieve a win.” She stressed the multimodal approach to successfully treat patients and help ease their distress over hyperpigmentation. “Whether it is melasma or post-inflammatory hyperpigmentation, or even vitiligo, pigmentation disorders are psychologically devastating for patients and have a profound impact on one’s quality of life,” she said.

2. Chowdhary B, Mahajan VK, Mehta KS, et al. Therapeutic efficacy and safety of oral tranexamic acid 250 mg once a day versus 500 mg twice a day: a 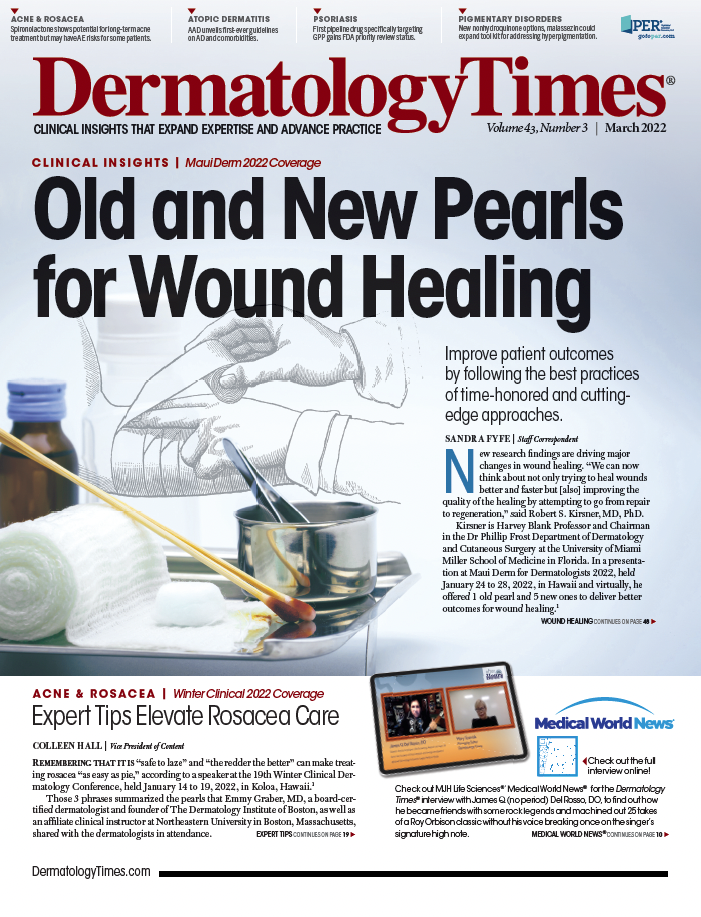