A systematic review of literature shows a shift from amputation to other surgical tactics to treat certain types of nail squamous cell carcinomas.

Recent reports revealed increased use of surgical approaches other than amputation to treat nail squamous cell carcinoma (nSCC), according to a recent systematic review of literature.1

This research highlighted published trends in nSCC treatment strategies over time and described recurrence rates for different nSCC tactics. One of the key takeaways was the increasingly frequent suggestion of Mohs micrographic surgery (MMS) as a possible first-line treatment for select cases.

The authors, led by Anne Ning, MD, clinical instructor, internal medicine, in the College of Medicine as the University of Cincinnati in Ohio, pointed out that there currently is no established standard of care nor a treatment algorithm for nSCC. In their view, that has resulted in critical real-world gaps in the treatment of the disease.

Although recent research emphasizes the use of MMS “as an effective option for nSCC given the low observed recurrence rates,” the researchers wrote that very few studies have examined the efficacy of MMS against other treatment strategies.

Ning and colleagues conducted a systematic literature review to assess trends in nSCC management as well as current treatment options and reported outcomes for invasive and in situ nSCC. They considered a total of 15 articles, including 11 retrospective cohort studies and 4 case series, in the review. The primary outcomes of interest were local recurrence and persistent disease.

The investigators defined local recurrence as disease that appears “within the area of the original tumor, when possible,” according to the Leitenberger criteria. Recurrence was otherwise defined by the authors of each of the reviewed research articles. They defined persistent disease as reports of positive margins following treatment.

The review included a total of 404 patients with 418 nSCCs. Most tumors were reported on the fingernails of patients (88%). Approximately 44% of all patients received MMS, while 20% received wide surgical excision (WSE), and 15% underwent amputation.

According to the researchers, the first article in the review to suggest MMS as a first-line approach to nSCC was published in 2001. Articles in the 1990s frequently reported amputation (43%) and MMS (42%) as common treatments for nSCC.

In the review, 7 articles on 65 in situ and 91 invasive nSCCs discussed the degree of invasion. While the small sample sizes prevented comparison of noninvasive and invasive disease based on the type of treatment chosen, the researchers noted that there was no significant difference in overall recurrence based on degree of invasion. The most common treatments for in situ nSCC were MMS (37%) and local surgical excision (LSE) (22%), while the most common treatments for invasive disease were MMS (22%) and WSE (20%).

Approximately 28% of cases had bone invasion, all of which were managed by either MMS or amputation. The local recurrence rates for MMS and amputation in cases with bone invasion were 22% and 0%, respectively.

Jeffrey F. Scott, MD, said that MMS is an important approach to nSCC given the avoidance of amputation. He is the director of the Cutaneous Surgery and Oncology Unit as well as assistant professor of dermatology at the Johns Hopkins School of Medicine, Baltimore, Maryland.

“If the squamous cell can be treated with MMS and cleared, we know the recurrence rates are quite low,” said Scott, who was not involved in the research. “The patients save themselves an amputation, and they've got that functional digit remaining.”

He added that from a patient's perspective, the goal “is to try to avoid amputation at all costs if possible, and MMS is the best chance to do that.”

While there are questions that remain to be answered, Richard L.Torbeck III, MD, noted that the findings reported by Ning and colleagues hold potential implications for clinical practice. “I think this research can provide some strength to the burgeoning use of MMS for nSCC to improve recurrence rates while maintaining higher quality of life after the removal,” said Torbeck, who is assistant professor in dermatology in the Kimberly and Eric J. Waldman Department of Dermatology at The Icahn School of Medicine at Mount Sinai and director of the Skin Cancer Surgery Blavatnick Family Chelsea Medical Center, both in New York, New York.

Torbeck, who was not involved in the research told Dermatology Times® that he tends to recommend imaging with X-ray and possibly magnetic resonance imaging to evaluate bony involvement to further guide treatment decisions, whether those decisions pertain to proceeding to MMS, amputation, or modified WSE.

“However, an unmet need is the characterization of bony invasion or degree that necessitates amputation, MMS with margin control, and then possible superficial bony procedures or adjuvant radiation,” Torbeck explained. He added that MMS has been shown to be superior to WSE and amputation in terms of the former surgery’s cost-effectiveness.

Scott noted that it can be very difficult to tell if there is bony disease in nSCC with imaging alone. “A lot of things can look like bony disease which are not in fact bony disease,” he said, “and then the patients might get an amputation unnecessarily.”

Despite this call for additional study, Scott concluded that, “MMS should be the standard of care for these tumors, with or without bony disease,” followed by amputation “or some other bone resection-type procedure” in patients who are ultimately identified as having bony disease.

The authors reported no relevant financial conflicts of interest. 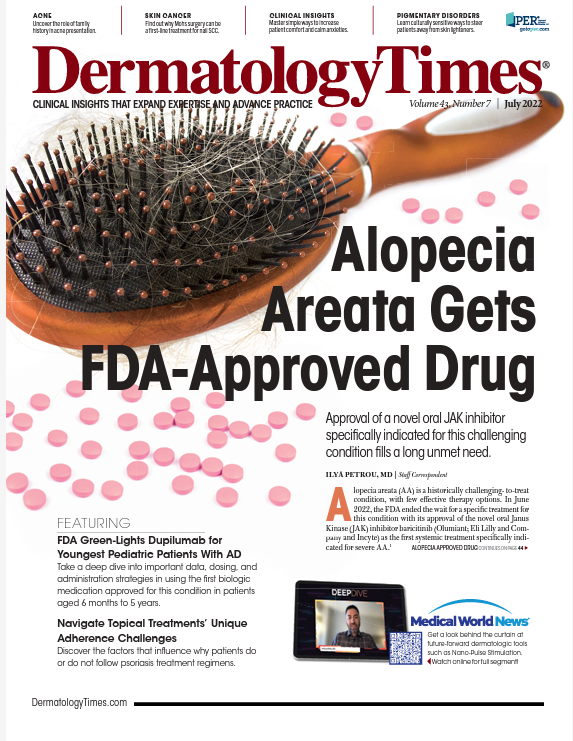