A game-changer for children with atopic dermatitis

“Pretty much, I couldn’t go about my normal life,” says Benjamin Sun about a life-altering eczema flare up at age 9, which left him out of school and bedridden for weeks. Until now, children like Sun didn’t have an effective, safe option for long-term disease control. Read how dupilumab changed his quality of life, and what it can do for your pediatric patients with uncontrolled moderate to severe atopic dermatitis. 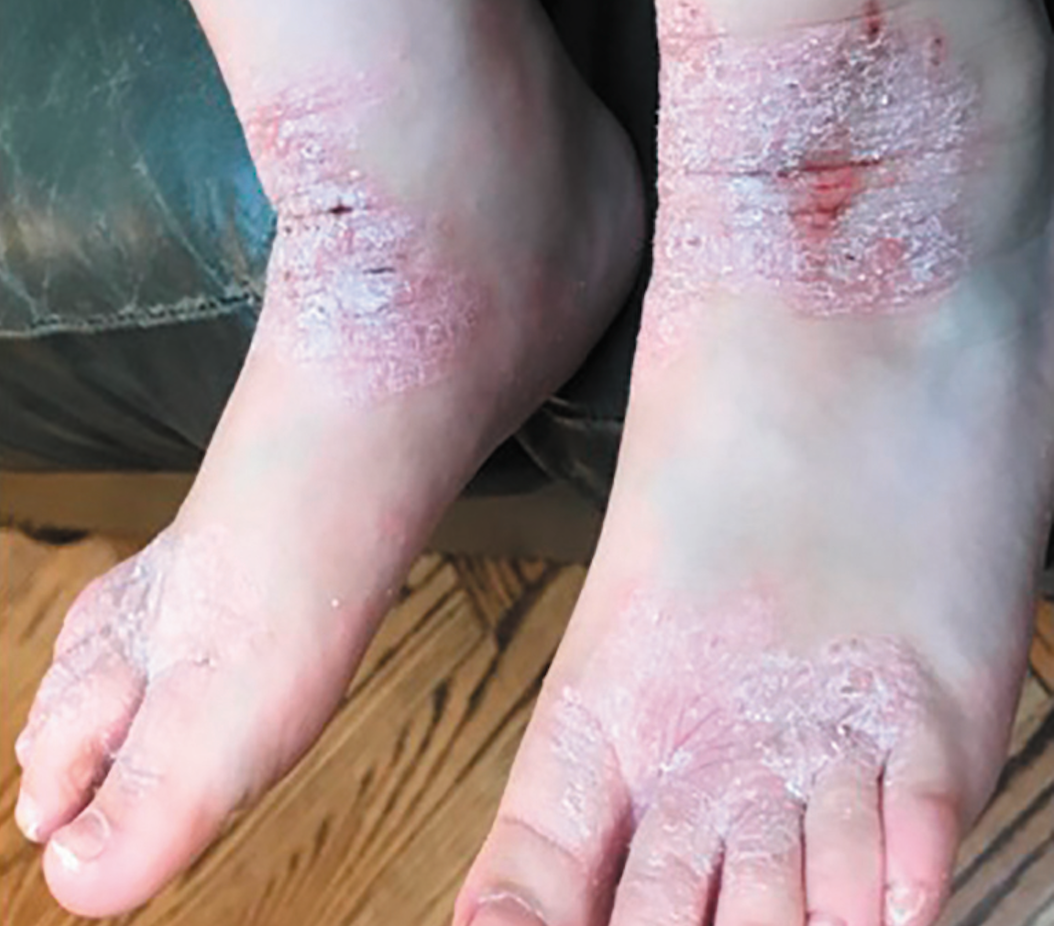 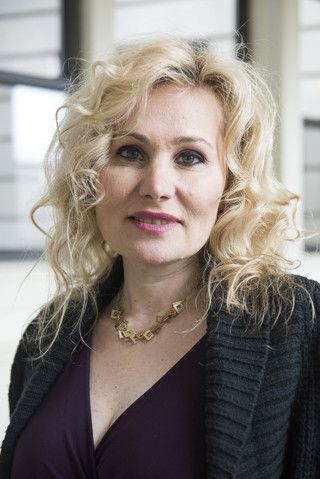 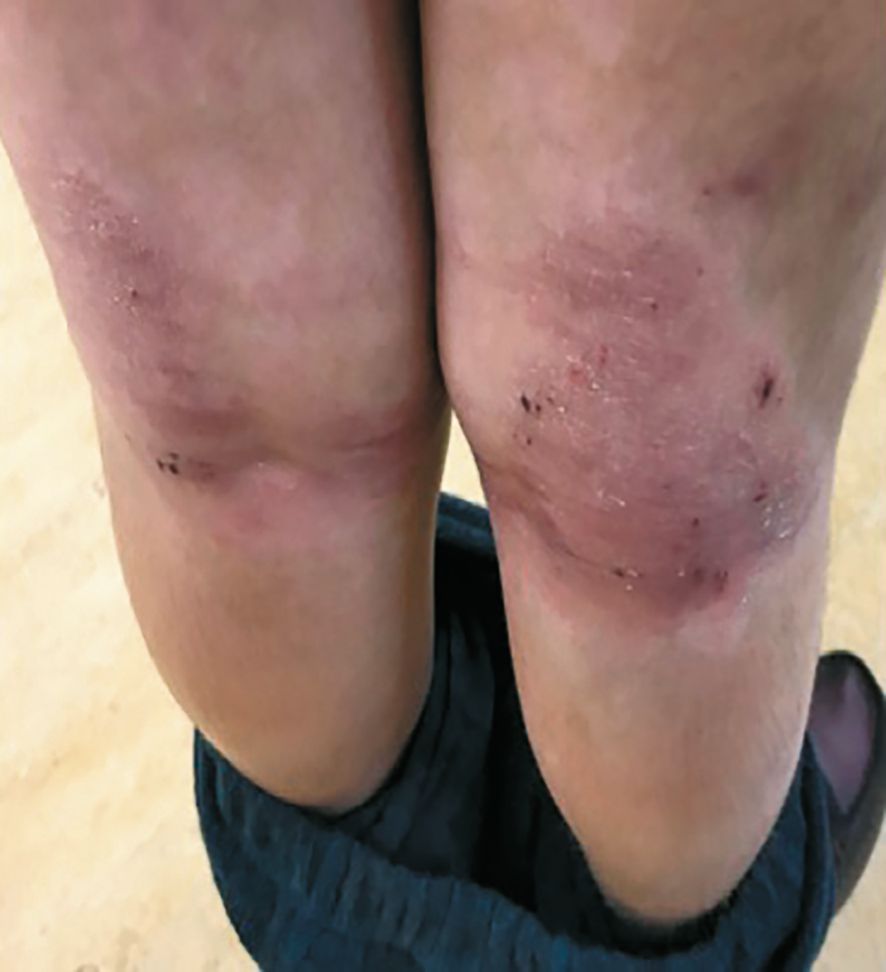 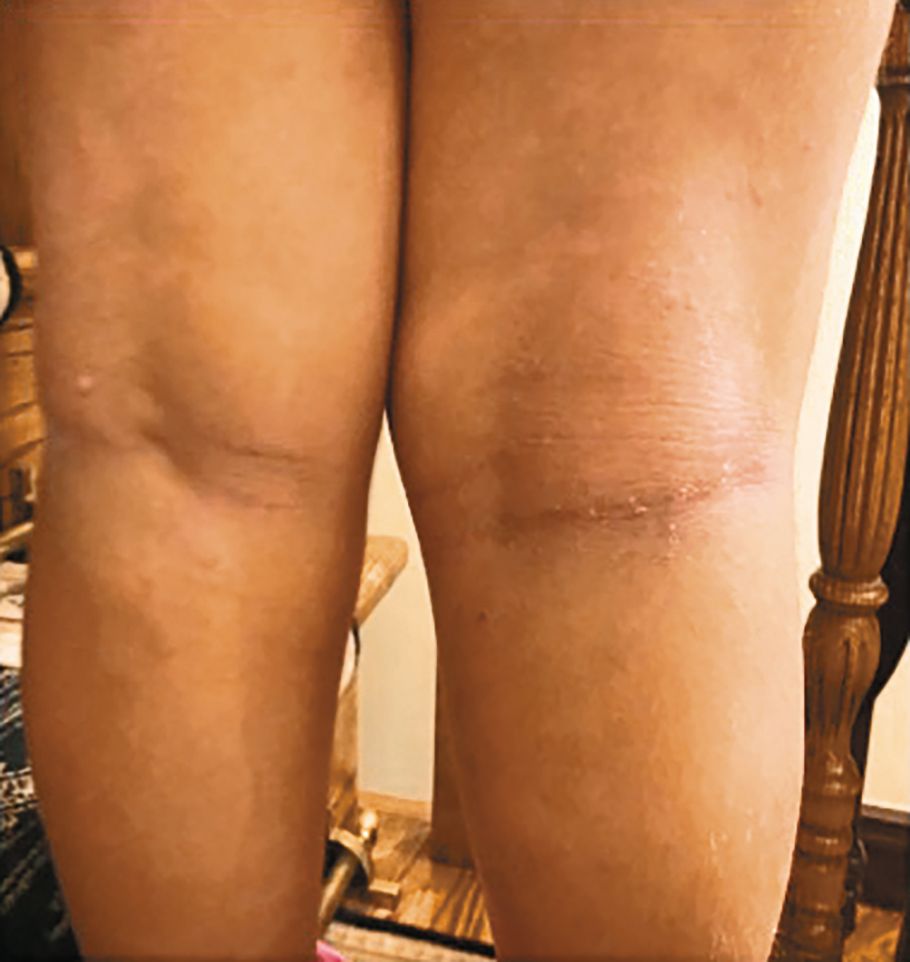 Thirteen-year-old Benjamin Sun so eloquently describes the horrors of having eczema. “I’ve had eczema since I was four, but I had a severe flareup-like the biggest one in my life-when I was nine,” he says. “… my skin was covered in lesions, and I was extremely itchy.”

Sun says he could barely move off of the couch the first days of the biggest eczema flare of his life. He missed school for weeks. And his hair started falling out-at first in small patches but it eventually on his entire scalp.

“Pretty much, I couldn’t go about my normal life. It was constantly itching and annoying me,” Sun says.

Like many other children with moderate-to-severe atopic dermatitis, Sun and his mother spent time applying creams and ointments, which they say did little to calm eczema’s wrath. A few years ago, Sun went on cyclosporin. His skin condition improved but the treatment led to side effects, including signs of kidney damage.

Now, a year into treatment with the biologic dupilumab (Dupixent, Regeneron Pharmaceuticals), Sun says his hair has grown back; he doesn’t have to apply creams unless he gets a little itchy at night; and he’s back to being a young boy.

“I’m a lot happier, because now I can go about my normal life,” he says.

DUPILUMAB APPROVED FOR ECZEMA IN ADOLESCENTS
Regeneron announced March 11, 2019 that the FDA had approved the therapy for atopic dermatitis patients ages 12 to 17 years. Dupilumab targets the interleukin- (IL)-4/IL-13 pathway, which helps to drive allergic or type 2 inflammation associated with atopic dermatitis, according to the company.

Until now, dermatologists and children with moderate-to-severe atopic dermatitis didn’t have an effective, safe option for long-term disease control, according to Emma Guttman-Yassky, M.D., Ph.D., vice chair of dermatology, Icahn School of Medicine. Dr. Guttman is Sun’s dermatologist and an investigator for dupilumab clinical trials in adults and pediatric patients.

“We have, for example, cyclosporin. But who wants to treat a child or adolescent with cyclosporin, which is documented to cause kidney damage after one year of use? Oral prednisone has deleterious effects. I never give it in children (and not even to adults), as patients will often immediately flare after it is stopped. And for phototherapy, children need to come two, three times a week. So, you can imagine that’s not feasible,” Dr. Guttman says. “Up to this approval, our hands were tied in treating pediatric patients with moderate-to-severe disease or eczema on significant parts of their bodies.”

The need for a drug option like this is great because moderate-to-severe disease among children is not uncommon, according to Dr. Guttman. Without relief from treatment, these children often become withdrawn.

“Some of my patients with this disease are homeschooled, as they are embarrassed to leave their homes due to the skin disease, and some parents and other children think they are infectious. You see terrible cases. It affects the entire family,” she says.

Regeneron reports that at 16 weeks in the phase 3 trial evaluating dupilumab monotherapy in adolescent patients with uncontrolled moderate-to-severe atopic dermatitis, average improvement in the Eczema Area and Severity Index (EASI) from baseline was about 66% compared with 24% for placebo. More than 40% of patients who received dupilumab achieved 75% (EASI-75) or greater skin improvement compared with 8% with placebo. And 37% of patients who received dupilumab achieved a clinically meaningful improvement in itch of at least four points on the Peak Pruritus Numerical Rating Scale (NRS) compared with 5% with placebo.

Among the most common adverse events: injection site reactions and eye and eyelid inflammation, according to a company press release.

DR. GUTTMAN’S EXPERIENCE
Dr. Guttman says there is data to support dupilumab’s safety and efficacy in adults who are on it for up to five years. Among her patients on dupilumab, few adult atopic dermatitis patients have come off of it because it has lost its effect. The majority of patients, she says, have remained on the drug through five years.

“The FDA does not require bloodwork for dupilumab, which is unusual for a biologic. Most of them do require bloodwork. That tells you the FDA considers it safe,” Dr. Guttman says. To make the most impact for patients’ atopic dermatitis early on, Dr. Guttman says she starts most atopic dermatitis patients, including adolescents, with dupilumab and a topical steroid. She’ll then taper most patients off the topical and continue with dupilumab.

Most children, ages 12 to 17, are candidates for dupilumab if they have moderate-to-severe disease.

“I wouldn’t give this drug to children who only have a few body areas involved. For me, at least, I need to have a child that has significant involvement to prescribe the drug. For somebody that has less than 10% body surface area and is an adolescent, I will not use it unless they failed other treatments, and we can make a reasonable case for using a biologic,” she says.

CLINICAL DEVELOPMENT
Dermatologists and others treating these children should also consider that dupilumab might work to treat other allergic and type 2 inflammatory diseases, and dupilumab has recently been approved for asthma.

Another commonly associated disease, alopecia areata, also may respond to dupilumab, as a few case reports have shown. This indication is off label at this point, but it worked to treat Sun’s alopecia areata even though he got Dupixent to treat his eczema, according to Guttman.

Sun isn’t the only person in his family who is happy that dupilumab has worked for his atopic dermatitis. His mother, Tracy Wang, says the experience of her son’s flare at age 9 and subsequent years trying different treatments weren’t
easy.

She saw his struggle, so the family struggled to pay the nearly $4,000 a year it cost to get access to dupilumab before it was approved. Wang says she was worried about his being on cyclosporin, and the topicals did little to help with his symptoms and took a lot of time to apply.

“All these things don’t work that well. I would say [the experience is] very painful. Neither he nor I had a very good normal routine,” Wang says. That all has changed. Sun administers his own injections every other week, and Wang
hopes insurance will cover the drug now that it’s approved for patients Sun’s age.

“I’m so happy,” she says. “He’s a very active boy. He plays piano and is involved in all kinds of after-school activities. Totally, now his eczema is under control.”