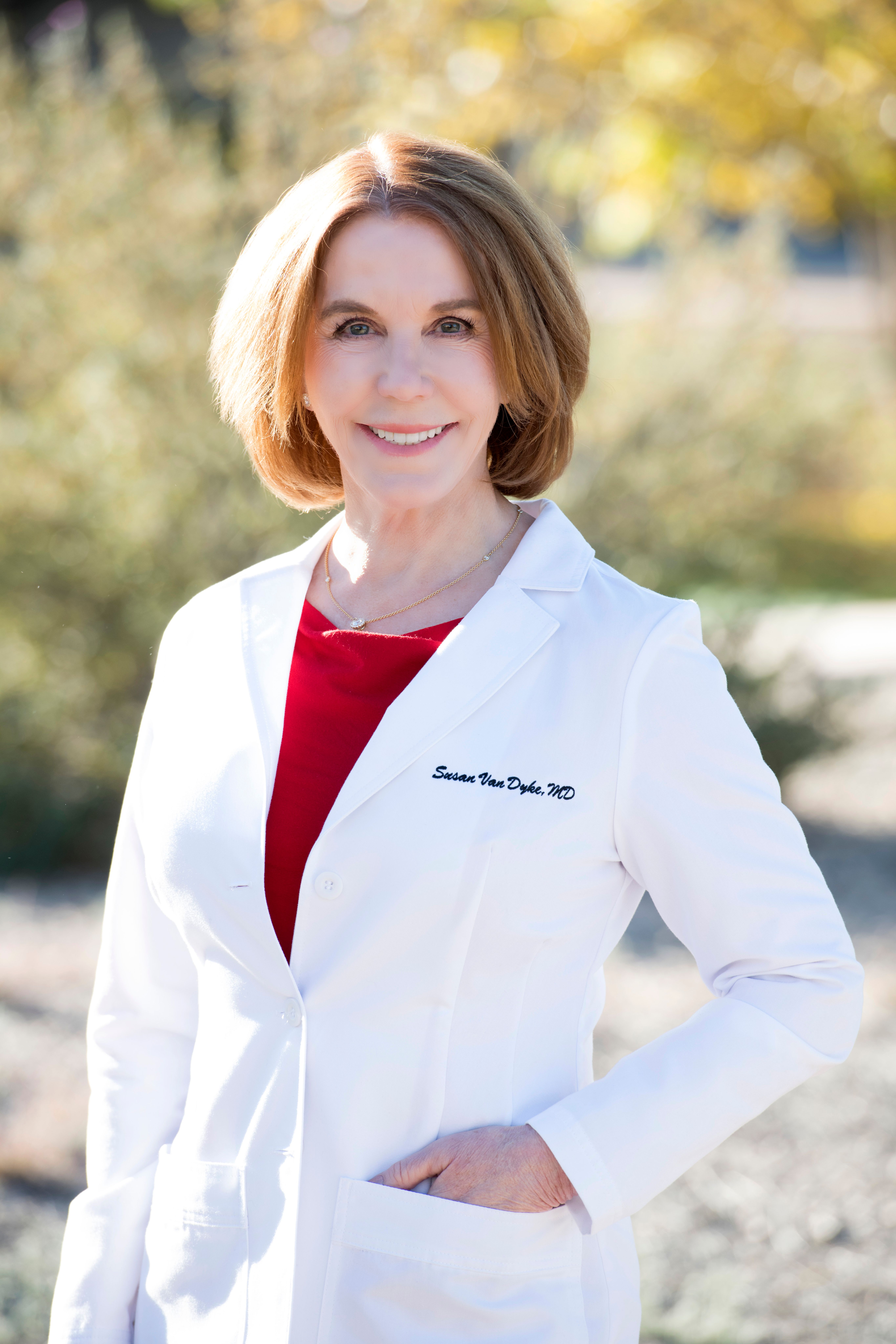 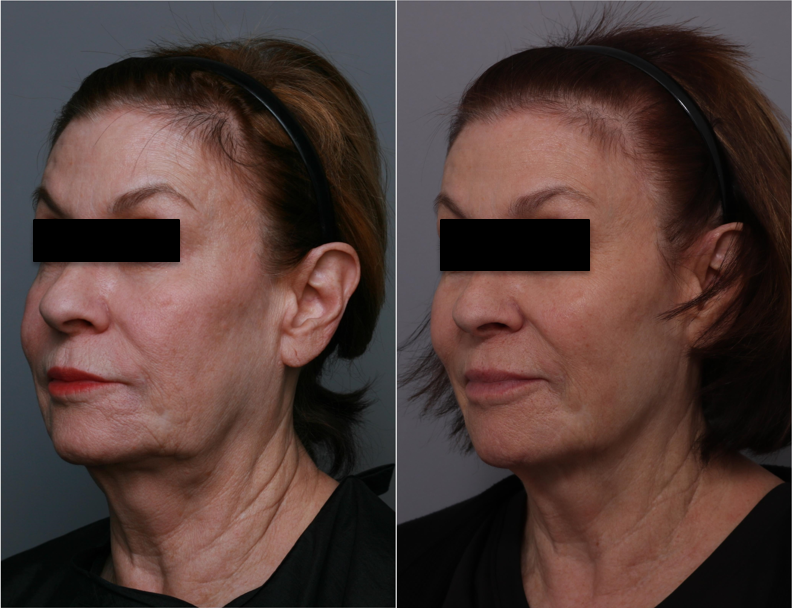 Rather than tightening sagging skin with one-dimensional surgical stretching, the combination of fillers and skin tightening devices can safely provide synergistic results, according to dermatologist Susan Van Dyke, M.D.

To explain the dynamics of aging facial skin, Dr. Van Dyke, Paradise Valley, Ariz., uses the analogy of a couch and slipcover.

Over the years, she explains, facial fat - the metaphorical couch - shrinks, while increasing laxity makes the outer envelope of skin - the slipcover -  larger.

"We used to take that slipcover and pull it really tight, which never looked good. That was the wind-tunnel effect," she says. Patients who had undergone multiple surgical facelifts didn't look younger, just unnaturally tighter.

Instead, says Dr. Van Dyke, aesthetic physicians now seek to shrink the "slipcover" with skin tightening technologies while plumping the "couch" with fillers. When patients look in the mirror, she says, they see loose, sagging skin, but generally fail to recognize the underlying volume loss (although they're getting more educated in this regard). "What we know is happening is that we've got fat that is not only descending with gravity, but it's also thinning out." Ligamental connections eventually stop the descent, resulting in the formation of nasolabial folds.

Most of her patients get a combination of noninvasive procedures. "When you fix one thing, it's not going to look normal. In my practice, patients want to look like themselves. They don't want to look like somebody else," says Dr. Van Dyke, who presented on this topic at Fall 2018 Cosmetic Bootcamp.

She likens her approach of fixing the skin envelope to the process of shrink wrapping. "We want to tighten in all three dimensions. To that end, we know that heating collagen causes it to contract. And there are significant amounts of collagen in the skin, the dermis and underlying structures including the superficial muscular aponeurotic system (SMAS) and the platysma. Additionally, there's a lot of collagen in the fibrous septae that connect the skin to the underlying structures. We need those connections. We just need to tighten them up a little."

Complete CO2 laser ablation - usually performed at 50% overlap - produces spectacular tightening, she says, by delivering significant heat to the mid- to deep dermis. "We stopped doing that kind of resurfacing because people were at risk for pigment loss, and the prolonged recovery was not tolerated well."

When radiofrequency (RF) tightening debuted, Dr. Van Dyke described it to patients as laser resurfacing without the resurfacing. "You could actually get the tightening we used to get with CO2, but we weren't disturbing the skin." Monopolar, bipolar and fractional (microneedling-assisted) RF treatments provide bulk heating to the mid-dermis through a treatment tip that is cooled to protect the epidermis, she says. "It's all about getting to collagen and heating it to a certain temperature. When you do that, it will shrink like a wool sweater in the dryer and trigger more collagen production."

Microfocused ultrasound (MFUS) delivers pinpoint heating. "We're getting very hot little pinpoints, and getting a lot of contraction. Those little pinpoints are actually much hotter than RF will get. But probably we need that because we're not getting the whole field effect." Ultrasound energy can penetrate more deeply, adds Dr. Van Dyke. Ultrasound also offers the ability to customize treatments by delivering energy at exactly the desired level. "Where is the SMAS, the platysma, the dermis? We can see with ultrasound and place the energy where we want it."

Ultimately, she says that RF, ultrasound and CO2 treatments create inflammation in the dermis, which stimulates proliferation of fibroblasts to produce collagen and elastin fibers. These results start to become visible three weeks post-treatment and continue for the next year, she adds.

Some experts have advised against combining fillers with tightening because they believe heating will melt hyaluronic acid (HA) or cause excess inflammation. "That's not the case," says Dr. Van Dyke.

A 101-patient chart review published in 2016 shows that when fillers (HA and calcium hydroxylapatite) and MFUS were performed within six months of each other, in either order, no problems occurred – even with just a two-week interval. "That should give us some confidence in doing these treatments in close proximity."

MFUS can penetrate to a depth of 4.5 mm, potentially the same depth as a deposit of HA, she says. "When we do Ultherapy, we could go right through filler. I'm sure it happens all the time. And so far I have seen no problems; nor have I seen increase in filler dissolution."

Heating HA to 65°C does not alter it, says Dr. Van Dyke, because these fillers are routinely sterilized at much higher temperatures. "There are now studies that show that it does not impact the effectiveness of HA."

A 2007 study by Goldman et al. showed that laser, RF and intense pulsed light treatment performed immediately after HA injections has no effect on the injections' effectiveness. A previous trial using a porcine model showed that not only did energy-based treatments not hamper HA results, but the combination treatment enhanced collagen deposition. "That's very exciting, and that study was published 13 years ago. We've known that something about this combination is synergistic."

Dr. Van Dyke says that she would like to see a similar study performed with PLLA first, because this way, the ultrasound won’t cause as much pain. "And since we can see into the dermis with our ultrasound when we do this procedure, we will still know where the collagen layers are." Based on studies and an expert opinion published in 2016, she says, a consensus to perform energy-based facial treatments first has emerged, although one respected group of authors still recommends injecting fillers first.

Dr. Van Dyke's practice has performed more than 10,000 filler treatments, and more than 1,500 MFUS treatments. "I've not seen and am not aware of any delayed recovery or complications from the combination, or that fillers dissolve faster." Therefore, she said physicians can be comfortable using these combinations while more research continues to emerge.

Dr. Van Dyke has been a speaker, investigator or advisor for Allergan, Galderma, Merz and Valeant.