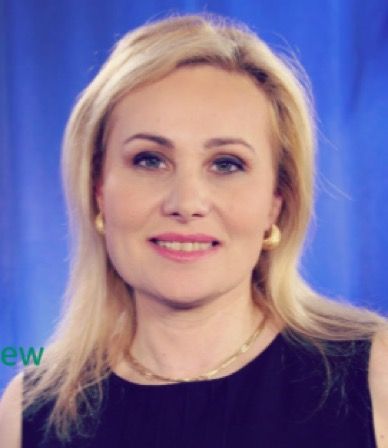 Emma Guttman-Yassky, M.D., Ph.D., Sol and Clara Kest Professor of Dermatology, director of the Center for Excellence in Eczema, and director of the Laboratory of Inflammatory Skin Diseases Icahn School of Medicine at Mount Sinai, New York, NY, is a leading expert on CHE. She noted that the inﬂammatory skin disorder has an estimated prevalence of up to 10% and ranks as the leading complaint among patients seen in a dermatology practice. Importantly, there has been an unmet need for a good treatment to offer patients with moderate-to-severe disease.

“The pathogenesis of CHE is varied in terms of its immune pathways because the etiology of CHE is multifactorial. In some patients, CHE is associated with atopic dermatitis. In other individuals, CHE can be the result of an allergic or irritant contact dermatitis, and in these subgroups, CHE can persist even with avoidance of identified triggers,” she says.

“As a combined pan-JAK/SYK inhibitor, gusacitinib blocks the Th1, Th2, Th17, and Th22 pathways and modulates immunoreceptor signaling in innate immune system cells as well as in keratinocytes. Its ability to target such a broad range of cytokines and cells suggests it would have activity for treating CHE regardless of its underlying cause, and the topline efficacy results from the phase 2b trial are very encouraging. If they are confirmed with additional study, gusacitinib would be the first systemic medication able to provide significant benefit to the large and heterogenous population of patients who require systemic therapy to address their suffering from CHE.”

Sandeep Gupta, Ph.D., is founder, president, and chief executive officer of Asana Biosciences. He tells Dermatology Times that the protocol for a phase 3 study investigating gusacitinib for the treatment of moderate-to-severe CHE will be finalized after meeting with US and European regulatory agency authorities.

“We are excited by the results of this study and believe that gusacitinib will provide benefit to all CHE patients who currently don’t have good and safe treatment options for this often-debilitating disease,” he says.

The phase 2b trial investigating gusacitinib has a double-blind, dose-ranging design and total duration of 36 weeks. It randomized 97 patients 1:1:1 to treatment with gusacitinib 40 mg, gusacitinib 80 mg, or placebo once daily for 16 weeks. Beginning at week 16 and through week 32, patients originally assigned to placebo are switched to gusacitinib 80 mg while the patients in the gusacitinib groups continue with their same treatment. Patients are returning for a final visit at week 36, four weeks after stopping their assigned treatment.

The study enrolled adults with CHE that was refractory to high potency or ultra-high potency topical corticosteroids. The participants had a mean age of approximately 45 years, the majority were white (~84%), and the majority of patients in each treatment group were judged to have severe CHE (54% to 63%) as defined by a Physician Global Assessment (PGA) score ≥4.

Mean change from baseline to week 16 in the modified Total Lesion Symptom Score (mTLSS) was assessed as the primary outcome measure. The mTLSS considers six key signs of CHE (erythema, desquamation, vesiculae, edema, lichenification/hyperkeratosis, fissures) plus the intensity of pruritus and pain and has a possible score ranging from 0 (no signs or symptoms) to 21.

Mean mTLSS at baseline ranged from 13.0 to 13.5 across the three treatment groups. In the primary outcome analysis, mean decrease from baseline mTLSS in the gusacitinib 80 mg, gusacitinib 40 mg, and placebo groups was 69%, 49% and 33%, respectively. The difference between gusacitinib 80 mg and placebo was statistically significant. In both gusacitinib groups, the magnitude of improvement in the mTLSS pruritus/pain subscore was similar to that observed in the total mTLSS score.

Gusacitinib 80 mg was also associated with statistical superiority compared with placebo in the analysis of PGA scores with the percentage of patients achieving a score of 0 or 1 (clear or almost clear) at week 16 being fivefold higher in the gusacitinib group.

The onset of benefit with gusacitinib occurred quickly. Reductions in mTLSS and PGA scores that were clinically relevant and statistically significant were already achieved at the follow-up visit four weeks after treatment randomization.

The safety data showed that the most common treatment-emergent adverse events in the gusacitinib groups were upper respiratory tract infection, headache, nausea, and nasopharyngitis. There were no cases of pulmonary embolism, opportunistic infections, malignancies, major adverse cardiovascular events, or deaths.

Dr. Guttman-Yassky says, “The favorable safety demonstrated by gusacitinib so far in the phase 2b study of patients with CHE is consistent with data reported for it in previous clinical trials that investigated it as a treatment for atopic dermatitis and various types of cancer.”

Disclosure:
Dr. Guttman-Yassky is a scientific advisory board member for Asana.