A variety of topical CBD products are becoming increasingly available to patients, but do they actually work? These experts believe more research is needed to create CBD-containing dermatology products that can effectively treat skin disorders. 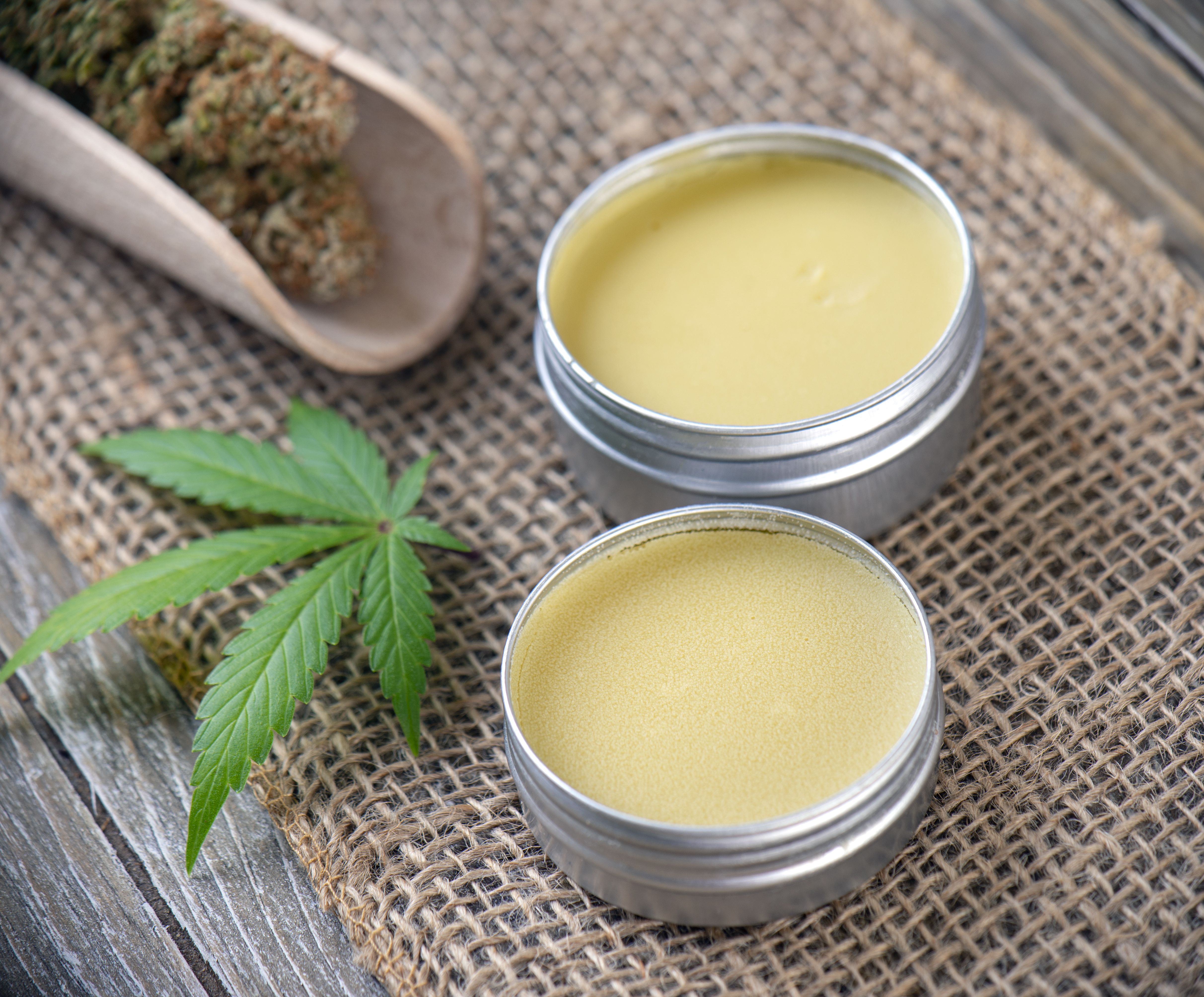 Cannabidiol (CBD), one of 113 identified cannabanoids, has known anti-inflammatory and pain-relieving properties. In dermatology, a variety of topical products are becoming increasingly available to patients; however, much work remains to create CBD-containing dermatology products that can effectively treat skin disorders, one expert says.

“Currently, there aren’t many high-quality, high-standard CBD products on the market,” says Michael Milane, M.D., MBA, MPH, chief executive officer of Greenway Therapeutix, a company focused on developing novel dermatology therapeutics. “There’s a lot of hype out there, but it’s still the Wild West. For the most part, they don’t reach the standards we’re accustomed to in dermatology.”

To date, most CBD products haven’t provided much therapeutic effect, Dr. Milane says. In most instances, they don’t contain enough CBD to be significantly impactful. And, there’s no existing data identifying the best CBD concentration.

Additionally, CBD is most often included in oil solutions or emulsions, and the molecules respond exactly like oil when it touches water - it clumps up, making it impossible for CBD to penetrate the skin. Greenway Therapeutix is actively trying to solve this problem, he says.

“Barrier penetration is an issue,” he says. “We’ve put a lot of nanotechnology science into making CBD component penetration in these products a lot more feasible.”

So far, they’ve been successful in reducing the symptoms of atopic dermatitis and acne. Clinical testing is still underway, he says.

HOW IT WORKS
The human body is naturally equipped to respond to CBD through its endocannabanoid system, Dr. Milane explains. With two major receptor sites - CB1 and CB2 - cannabanoids bind to it much like a lock-and-key. When the system activates, it plays a key role in regulating inflammation, pain perception, immunity, neuropathy and metabolism. Specifically, the CB2 receptor reduces the concentration of pro-inflammatory cytokines interleukin-6 and tumor necrosis factor-alpha.

RELATED: CBD products for the skin

Of all cannabanoids, he says, CBD has been the most thoroughly investigated for its therapeutic potential. Current data points to high anti-inflammatory properties on multiple skin targets, including keratinocytes, dermal immune cells, sensory neurons, sebocytes and hair follicles. Additionally, clinical observations have revealed CBD reduces redness and itching within 10 minutes of application. It’s these impacts that are critical in treating skin disorders, Dr. Milane says.

“Inflammation and inflammatory disorders are a significant part of dermatological disease,” he says. “If we can find potential in a different pathway other than steroids, which are heavily used for anti-inflammatory properties, then it would be a huge advantage for us.”

Unlike steroids, existing research shows CBD is safe for all populations - children, adolescents, adults, and the elderly. It can be used on almost any body area, and it doesn’t cause any side effects that limit how long it can be used to treat skin conditions.

“With atopic dermatitis, the associated itch goes away within minutes of application, and the lesions disappear within a day or two of once or twice-daily use,” says Dr. Siegel, who has worked with Dr. Milane on Greenway Therapeutix endeavors. “It does seem to have a beneficial effect. Think of it as a drug to replace steroids in places you don’t want to use steroids.”

Alongside the company’s nanotechnology option, atopic dermatitis is also treated with a 2% topical adelmidrol emulsion. A 3% cannabis seed topical cream has been used to reduce inflammation and sebocyte production in patients with acne. And, a 3% CBD topical has been applied to reduce inflammation and suppress keratinocyte proliferation in patients with psoriasis.

BOTTOM LINE
In a market with few high-standard CBD options, Dr. Siegel says, providers should educate themselves even if they don’t intend to recommend the products.

“My advice to providers who strive to maintain the highest standard of ethics is to be aware there aren’t any products out there right now that really deliver the expected effect,” Dr. Siegel says. “If you use topical CBD products now, you’ll likely be unimpressed.”

The market could change within a year, he says. Meanwhile, he cautions providers to examine patients who use these products for contact dermatitis.

Despite the lack of high-quality products, Dr. Milane says, providers should expect an increasing number of patients to inquire about them.

“Patients are going to the doctor and asking for CBD, and most doctors don’t know anything about it because they haven’t had any medical training or they don’t know the pathways these products impact,” he says. “We’re hoping with a higher standard for products and with increasing science behind them, we can shift the paradigm and bring something natural into this world that can be a powerful alternative for some of these diseases we don’t have solutions for.”Â

Dr. Milane is the president and CEO of Greenway Therapeutix which is dedicated to the research and development of medical grade cannabinoid therapeutic products using nanotechnology, Dr. Siegel is CSO and Chair, Scientific Advisory Board for Greenway Therapeutix. 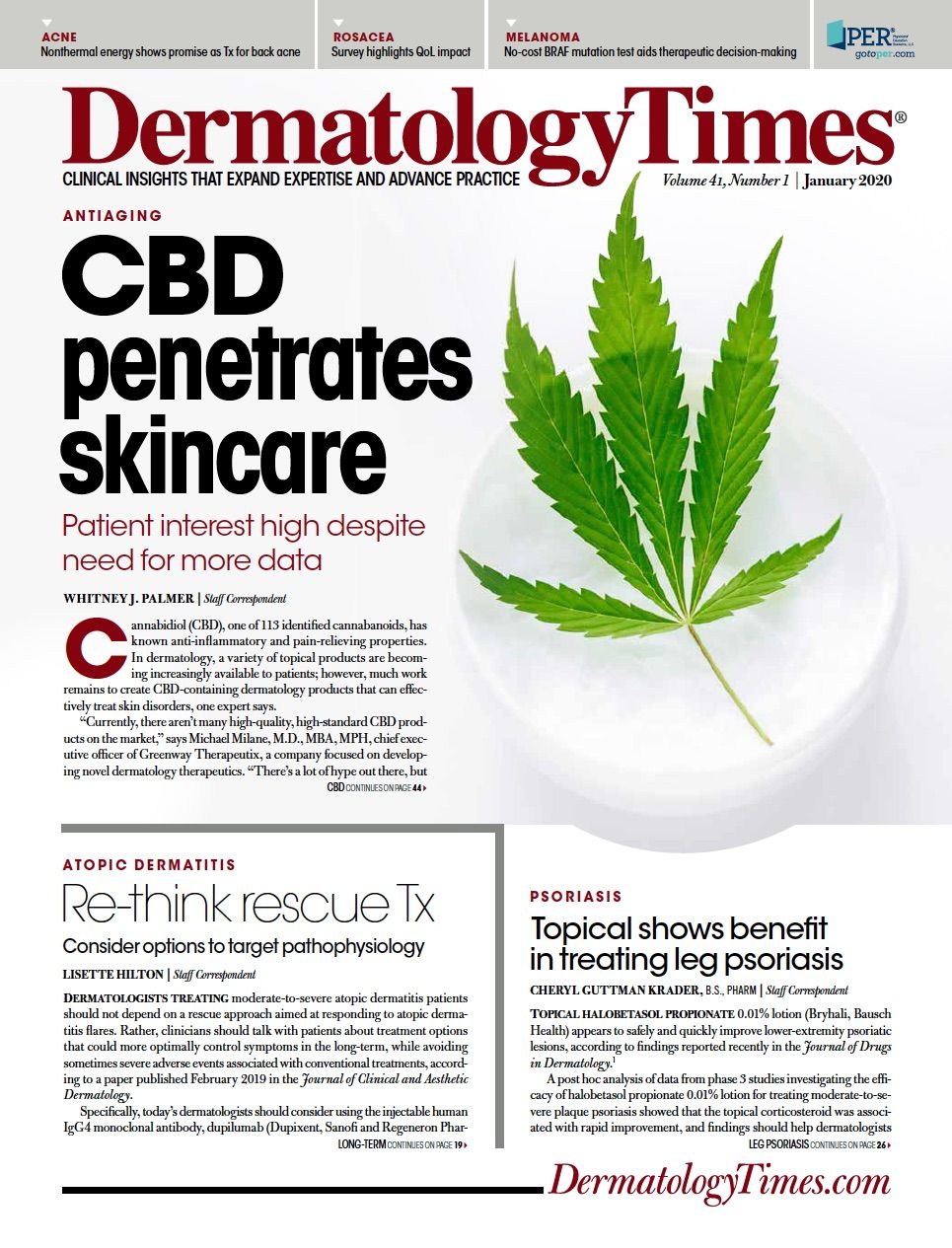