Adalimumab trials in psoriasis show no new safety signals in nearly 5,500 patient-years (PYs) of exposure, shows a review in the British Journal of Dermatology. 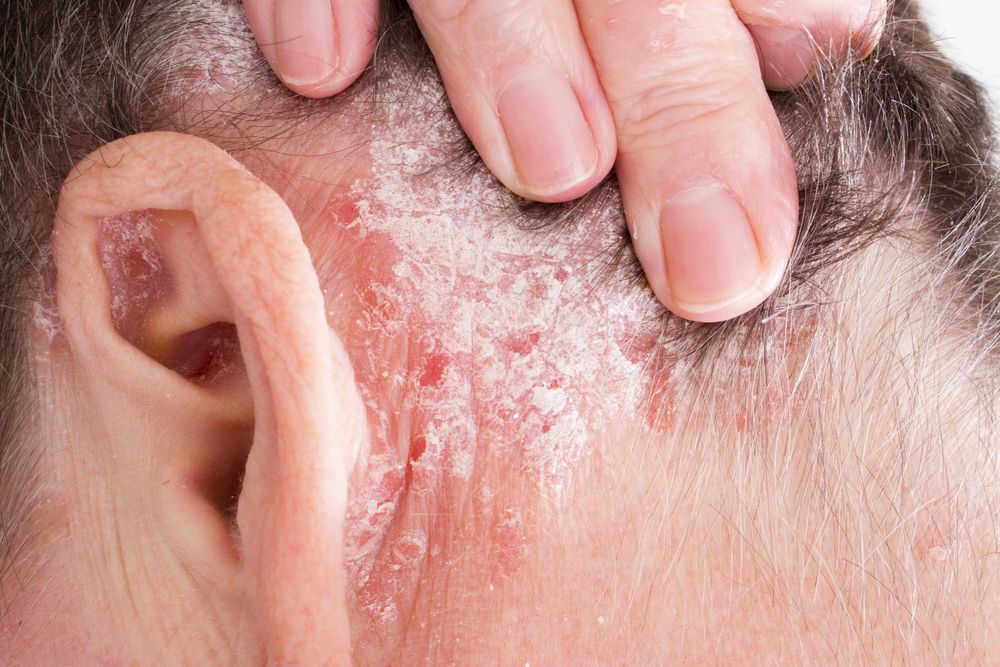 Adalimumab trials in psoriasis show no new safety signals in nearly 5,500 patient-years (PYs) of exposure, shows a review in the British Journal of Dermatology.&nbsp;(&copy;ClaudiaPylinskaya/Shutterstock.com)

A meta-analysis of adalimumab trials in psoriasis shows no new safety signals in nearly 5,500 patient-years (PYs) of exposure. The review appeared online in the August British Journal of Dermatology.

The analysis included adults with moderate-to-severe psoriasis of at least six months' duration who were given at least one adalimumab dose in a total of 18 clinical trials. Researchers collected treatment-emergent adverse events (AEs) that occurred from the first dose to 70 days after the final dose, or a cutoff date of December 31, 2015.

Investigators excluded patients with prior exposure to anti-TNF medications, except in extension studies where adalimumab could be continued, and in a 203-patient Canadian phase three study that included patients with prior anti-TNF drug exposure. Investigators also excluded a 10-patient study of generalized pustular psoriasis that was incomplete as of December 31, 2015 from all analyses except those involving malignancy and mortality ratios.

As of the cutoff date, 3,727 patients had undergone a cumulative 5,429.7 PYs of adalimumab exposure. Average exposure per patient was approximately 17.5 patient-months.

Expressed as events per 100 PYs (E/100 PYs), rates of AEs (304.6), serious AEs (8.4) serious infections (1.8) and malignancies (0.8) remained consistent with those found in an analysis of 13 clinical trials that was published in the October 2011 American Journal of Clinical Dermatology. With a data cutoff of November 6, 2009, the previous review included 3,010 patients with 4,844.7 PYs of exposure and showed no evidence of cumulative toxicity. In the more recent review, the rate of allergic reactions rose from 1.1 in 2009 to 3.9 in 2015, probably due to a change in search methodology for the 2015 study, Dr. Tyring and colleagues wrote.

During the initial 16-week placebo-controlled phase of these studies, both melanoma and nonmelanoma skin cancers (NMSC) appeared elevated relative to placebo. However, authors noted, this initial part of the study period would have been much too short for a causal relationship. "How would you explain that it was higher than in people not on the drug? You can find skin cancers more easily if you clear the plaque psoriasis," added study co-author Stephen K. Tyring, M.D., Ph.D., of the University of Texas Health Science Center at Houston.

Between 2009 and 2015, however, the incidence rates of these skin cancers in patients receiving adalimumab, expressed as events per 100 PYs, were 0.6 for NMSC and 0.2 for melanoma. According to the National Cancer Institute, the standardized incidence rate (SIR) of the general population for NMSC is 1.55, and the SIR for melanoma is 3.04.

The study's importance stems from the fact that it includes the largest patient pool and the longest follow-up period of any biologic drug ever studied for psoriasis, said Dr. Tyring. "The drug continues to be safe and effective over the large number of patients and years studied."

The most commonly reported AEs - nasopharyngitis, upper respiratory tract infections and headache - occurred at very low rates comparable to those of the general population, he added. "Serious AEs, particularly tuberculosis and opportunistic infections, were found at background levels that were not increased by the drug. Altogether, these data show that the rates of adverse events were similar to what you would expect in people not on the drug who were matched for age, sex and race. These findings speak very favorably for the safety of the drug, which has been studied for 21 years."

In some areas, he added, the safety of adalimumab in psoriasis exceeds findings in rheumatologic studies because unlike rheumatologists, dermatologists typically discontinue methotrexate when starting patients on adalimumab.

Study limitations include the lack of a long-term comparator group. Additionally, in clinical practice, patients may receive adalimumab for more than 10 years. Maximum treatment duration in the study was 5.5 years. Because clinical trial populations may not accurately reflect clinical practice populations, study authors added, their findings must be interpreted with caution. Also, the lack of data regarding long-term safety of biosimilar drugs makes comparisons between them and adalimumab itself unfeasible at present.

Dr. Tyring is a clinical investigator, speaker and consultant for AbbVie.