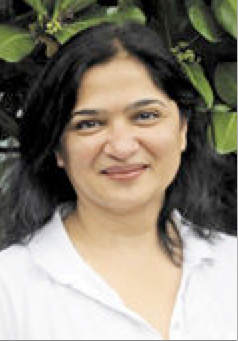 is associated with higher rates of anxiety. And that anxiety can last into middle age, according to a new study.1

“Both acne and anxiety are prevalent disorders. Dermatologists need to aware of this and assess mental health status of patients presenting with acne--whether they are adolescents or adults,” according to the study’s lead author Sandhya Ramrakha, Ph.D., research manager, Dunedin Multidisciplinary Health and Development Study, department of psychology, University of Otago, Dunedin, New Zealand.

READ: Many acne patients do not get all their meds

Dr. Ramrakha and colleagues used data from the Dunedin Multidisciplinary Health and Development Study, a longitudinal study of a general population birth cohort from the South Island of New Zealand. In its fourth decade, the study offers unique data on acne, as well as psychiatric disorder status, from adolescence to midlife in the general population. Study participants were asked at ages, 21, 26, 32 and 38 years if they had a bad problem with acne.

“We examined the association between self-reported acne and common psychiatric disorders-depression, anxiety, alcohol and cannabis dependence,” she said. “We knew that acne was associated with negative emotion [and] impaired quality of life, but we wanted to know if it was linked to psychiatric disorders and if there was a link, whether it persisted beyond the adolescence period, into adulthood.”

Dr. Ramrakha said there are several studies in the literature linking acne to psychological distress, including suicide ideation. This one looks for a specific link with psychiatric disorder status.

Acne ingredients to embrace or avoid

Many acne patients do not get all their meds

“We found consistent pattern for those who reported acne to have higher rates of anxiety up to age 38. In our analyses we took into account any prior psychiatric disorder experienced by our participants to ensure that this result was not due to already having a psychiatric disorder,” Dr. Ramrakha said.

These were among the reported associates between acne and psychiatric disorders:

Depression rates were higher among those with acne at most ages reported, except age 38 (when it was slightly lower in the group with acne). The biggest spread between those with acne and those without occurred at age 32, when 31.3% of study participants with acne were also depressed, versus 15.5% without acne.

When the authors adjusted for the other known associations between acne and mental health outcomes, they still found that participants with acne were almost one and half times more likely to suffer anxiety than those without. There was an elevated risk for depression but this did not reach statistical significance. Not were the relationships between acne and alcohol dependence and cannabis dependence significant.

The fact that the acne was self-reported was a limitation of the study, according to the authors.

“… however, self-reported facial acne has been highly correlated with clinical evaluation and is associated with psychological distress, regardless of severity or clinical diagnosis,” they wrote. “Supporting the validity of our measure, we examined a sub-group who had consulted a doctor for their problem with acne between 15 and 21 years (data not available at later ages) and obtained the same pattern of findings.”