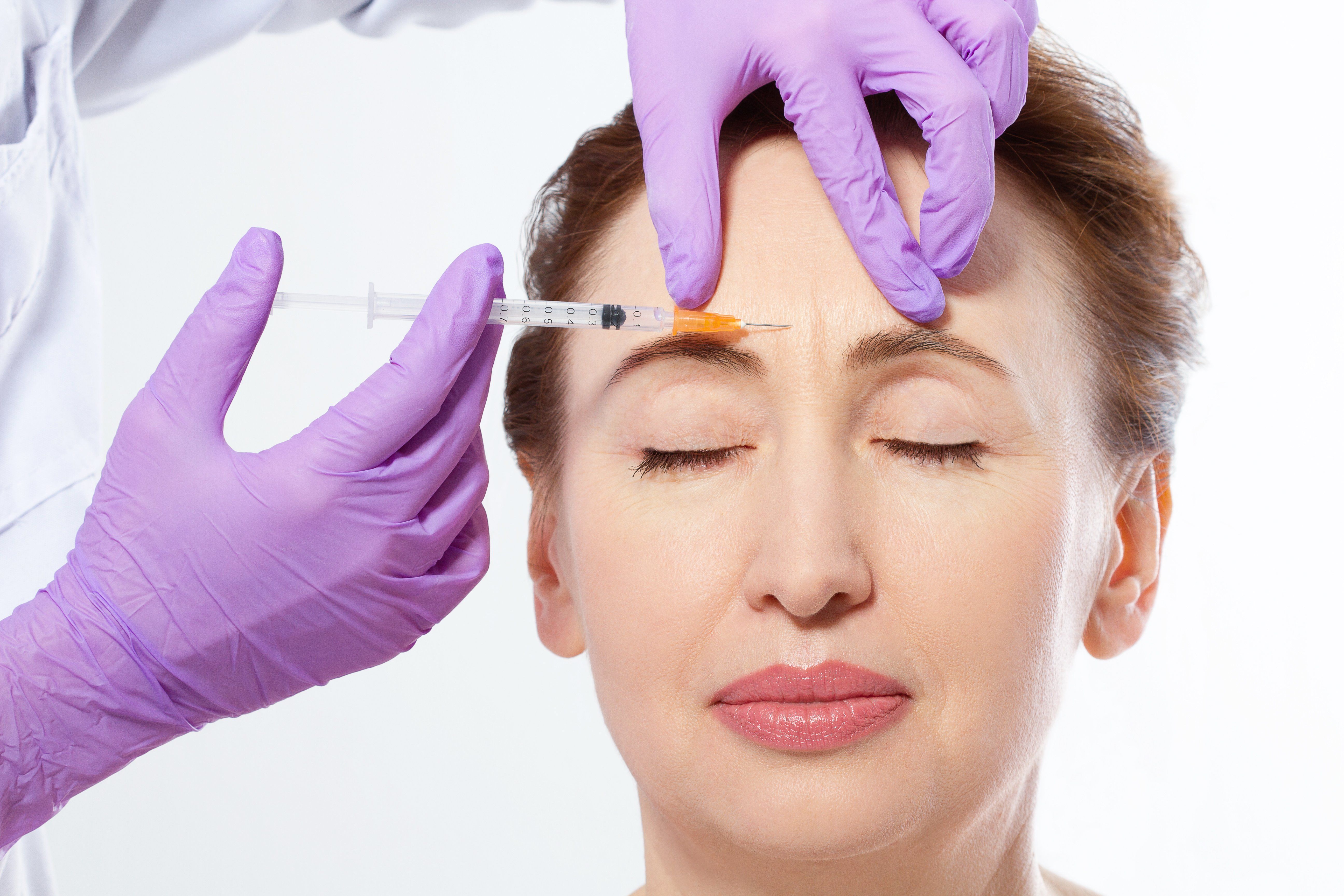 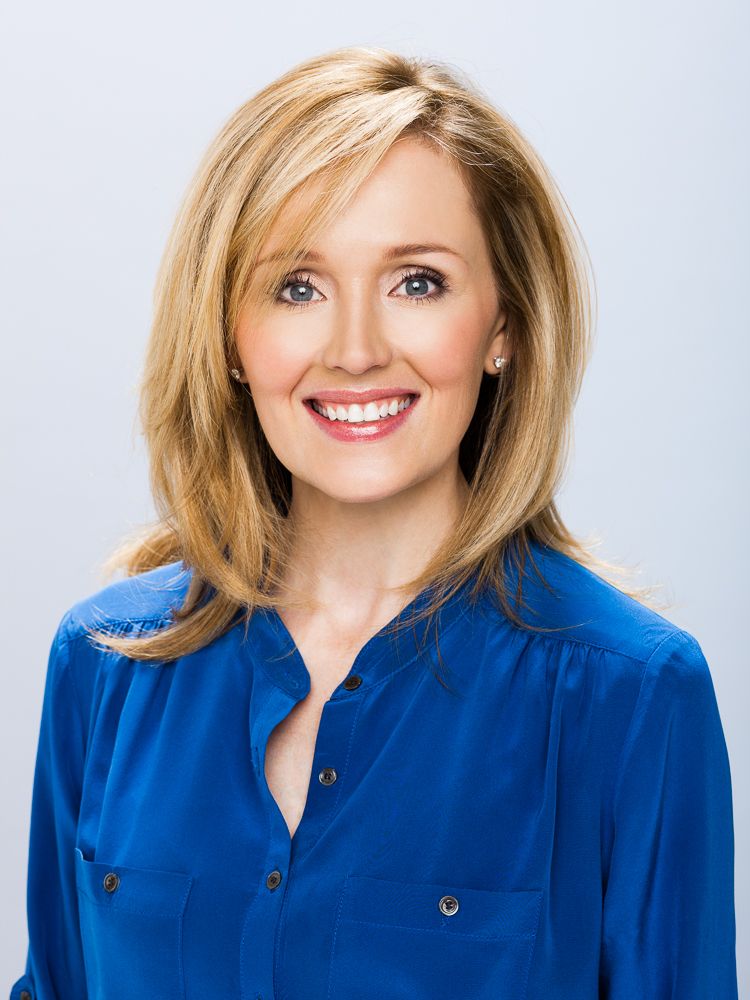 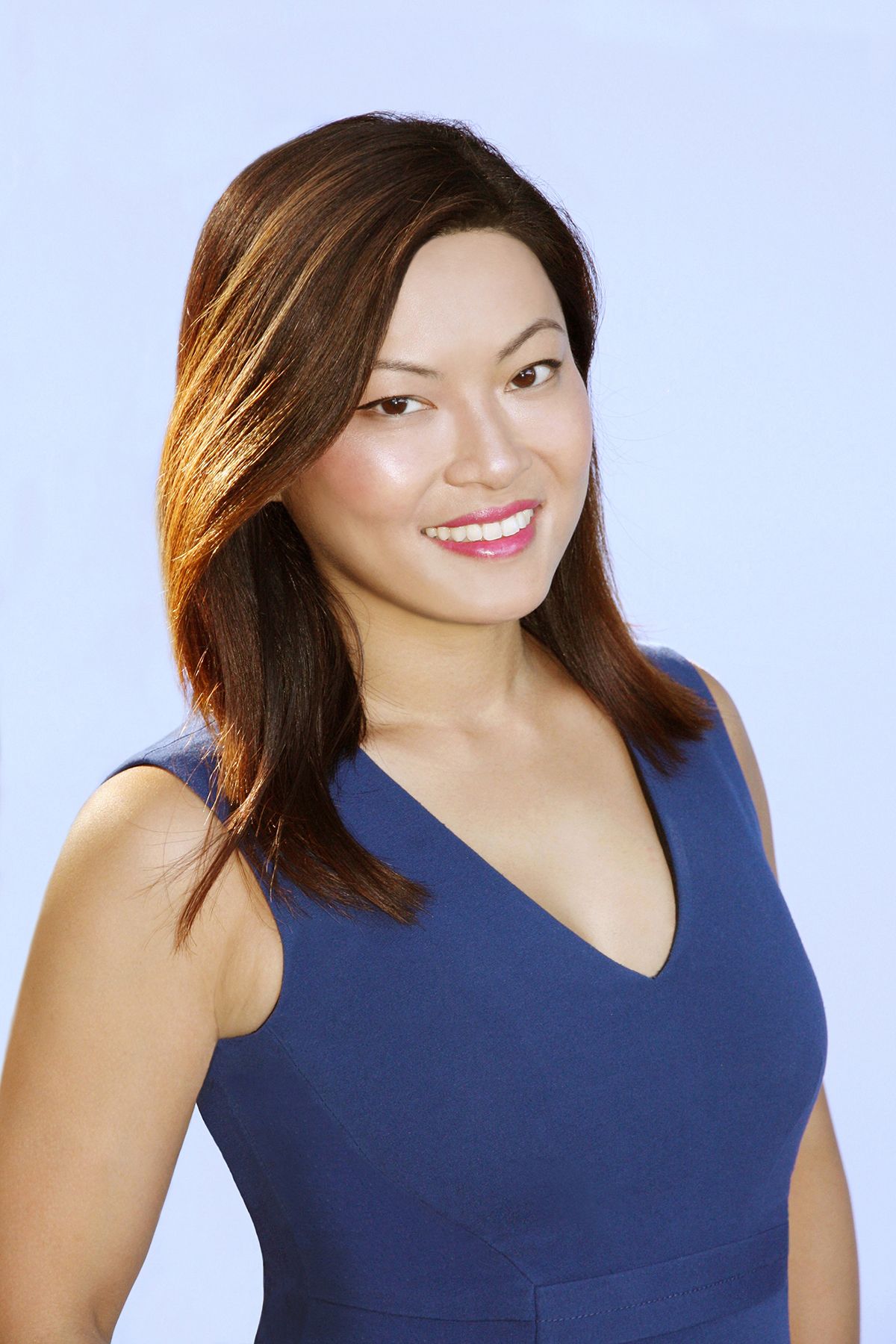 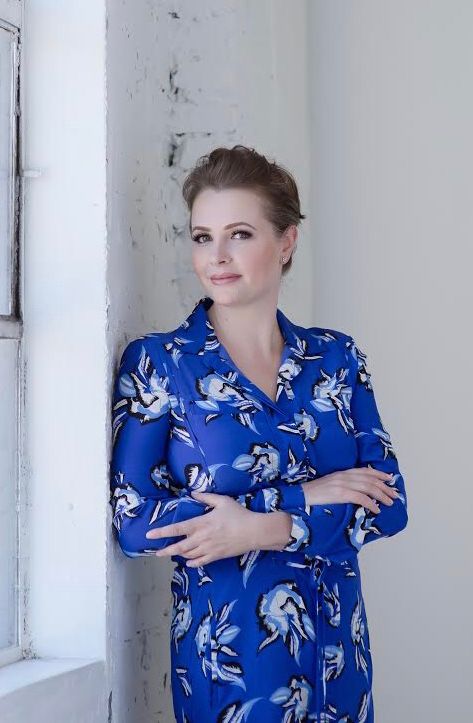 By all accounts, Revance is preparing for the FDA’s approval and market launch of its lead compound daxibotulinumtoxinA for injection (DAXI). DAXI clinical trials looking at glabellar line treatment suggest the neuromodulator with its proprietary peptide technology is at least as good as Botox (onabotulinumtoxinA, Allergan) but lasts substantially longer.

On April 9, Revance announced former Allergan marketing professional Taryn Conway had joined the biotechnology company’s team “… as the company transitions from clinical-stage development to commercialization…,” according to a Revance press release.

Shannon Humphrey, M.D., clinical assistant professor in dermatology and skin science, University of British Columbia, was principal investigator for a number of Revance DAXI studies and has had years of experience using the product in glabellar lines.

“This is a product that’s truly different,” Dr. Humphrey says. “In medicine we’re bombarded with me-too products that are differentiated based on price or a new label, but this really is a different product in a number of ways. One of the most important differentiators is that it creates a new category of injectable neuromodulator for glabellar lines that is longer in duration.”

DAXI Duration, Efficacy & Side Effects
DAXI’s median duration for treatment of moderate to severe frown lines was 24 weeks. That’s a good eight weeks longer than top competitors on the market, according to Dr. Humphrey.

“And if you actually look at the duration to the time to return to baseline to the original frown line, you’re looking at more like 27, 28 weeks,” she says.

Other trial results that are vital to the product’s market success include that it effectively treats frown lines and appears to be at least as safe as potential rival Botox.

“There’s a very high degree of efficacy - actually the highest response rate seen across studies of competitors. Over 95% at the four-week mark. So it’s not just in one study - across a very robust, large dataset, there’s a 95% response rate,” Dr. Humphrey says.

DAXI’s side effect profile is similar to other neuromodulators on the market, according to Dr. Humphrey.

“The side effects were mild, localized to the injection treatment area and transient,” she says. “From a confidence-in-science perspective, it works and it’s safe.”

The other interesting piece is around duration. “We see 24 weeks’ duration, for moderate-to-severe frown lines effectively treated and 28 weeks before patients go back to how their frown lines looked before.”

Researchers conducted one head-to-head study, the phase 2 BELMONT study, which had multiple treatment arms, including one with 20 units of onabotulinumtoxinA (Botox).

DAXI is a purified protein. The 150 kilodalton toxin is exactly the same as other neurotoxins on the market. But daxibotulinumtoxinA has a proprietary peptide.

“It’s a little amino acid chain that’s added to it, and through a number of basic science mechanisms, it leads to this longer duration,” Dr. Humphrey says. “We spend a lot of time talking about differentiation but as a foundation the active part of this drug is the same.”

Dr. Humphrey says dermatologists and others will learn more about how DAXI behaves compared to other neuromodulators once it has regulatory approval. She explains that in the clinical trial setting, researchers use it with a specific paradigm for injection and in a specific dose for all patients.

But there is something she says she noticed when treating patients with DAXI.“This is a personal observation - not garnered from the data. There was a lovely reshaping of the brow, a really beautiful smooth look to the glabella that I believe is slightly different from some of the competitors. But the nuances of how to capitalize on that will be garnered when we have large numbers of patients in clinical practice,” she says.

Revance started preclinical trials in early 2019 looking at DAXI to treat forehead lines and crow’s feet, according to Dr. Humphrey.

How Will DAXI Affect Your Practice?

Dr. Humphrey says colleagues have asked her how a longer-lasting neuromodulator might impact their practices’ bottom lines. She says that market research has shown the physicians think their neuromodulator patients are coming in more often than they actually are.

If the FDA approves DAXI, consumer behavior will likely not change; rather patients coming in twice a year will actually have better results and more consistent improvement over the duration of the year, she says.

“From a clinical integration perspective, I like the concept of patients’ coming in twice a year. Most of my injectable patients are on a combination treatment plan where they’re having toxins and fillers and lasers and tightening treatments. And to combine those for optimal convenience, twice a year works really well for me from a treatment planning perspective,” Dr. Humphrey says.

POLL: If approved, will you use DAXI in your practice?

“I believe that if I have patients who are completely satisfied and happy with their current treatment, I’d be unlikely to initiate a change. I’d be happy to provide information through a number of channels I communicate with patients - media, blogs, reading material in our office. But I don’t think I would proactively plan to change treatment for all of my happy patients,” she says. “For new patients, I think I will have the discussion about which product is right for them and make that decision that way. It will give patients another choice. It will be a differentiated product. It will likely be a premium product, allowing me to deliver the best long-lasting results for my patients. But I think there will still be a role for competitors’ products.”

Caroline A. Chang, M.D., a dermatologist practicing in East Greenwich, R.I., says she plans to incorporate Revance’s DAXI into practice if it receives FDA approval.

“The potential for longer duration of action may be useful for certain patients. Moreover as a core aesthetic specialty, it is important for us … to stay current on new products so that we can offer them to our patients,” Dr. Chang writes in an email to Dermatology Times. “Given its longer duration of action, I would consider it in patients who have had neuromodulator injections previously. One of the great benefits of the current neuromodulators is actually the three-month duration, especially for toxin-naive patients. I’ve found that some patients learn they don’t like the effect that toxin has on certain areas of their face. The shorter duration is helpful in these cases.  However, for those patients who’ve had toxin in the past, particularly in the glabellar area without issue, this product would be a suitable treatment.”
Atlanta, Ga., facial plastic and reconstructive surgeon Inessa Fishman, M.D., writes in an email to Dermatology Times that she is excited about new neuromodulators coming to the U.S. market.

“…. mostly because I'm a fan of competition and choices,” Dr. Fishman writes. “I currently use Dysport, Xeomin and Botox in my practice, and am excited about trying Jeuveau (prabotulinumtoxinA-xvfs, Evolus). Brand loyalty is huge in the U.S., but I find that my patients generally trust my opinion and experience in terms of their best injectable options.”

Dr. Fishman says the downside of a new product is the need for a trial period.

“I like to try new treatments on myself, friends and family, as patients can be hesitant about a new product, especially if these patients and I do not have a long-term relationship,” according to Dr. Fishman. “Another hesitation is higher dosing - literature suggests a direct correlation between dosing and longevity, and this may be fine for glabella and crow’s feet, but an overly frozen or heavy forehead - for months - is probably not going to be welcomed by most patients.”

Revance plans to file with the FDA the first half of 2019, and FDA approval could come as early as 2020, according to Dr. Humphrey.

Dr. Humphrey is an investigator for and consultant to Revance. Drs. Chang and Fishman report no relevant disclosures. 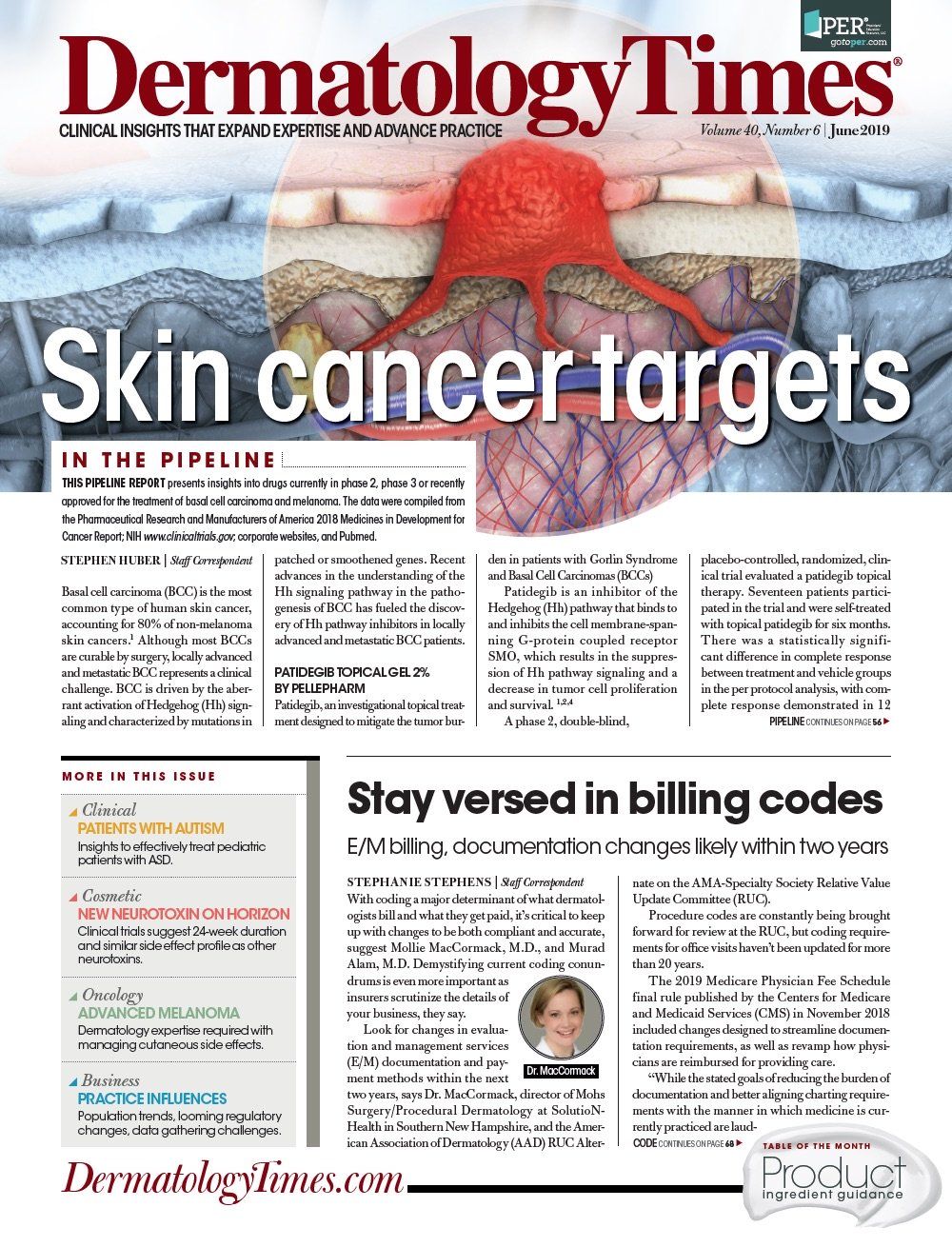 Medical billing and coding changes you should know
Tips to minimize audit stress
Basal cell carcinoma treatments on the horizon
What's new in melanoma treatment?
8 ways to build a strong physician referral network
Positive workplaces improve patient experiences
How to advocate for the future of dermatology
How to use patents to maximize value for your venture
How to navigate FMLA in your practice
Dermatologist recommended alternatives to traditional sunscreen
OTC options can provide prescription alternatives
3 Trends in skincare
Cognitive behavioral therapy effective for psoriasis
Neurotoxin news: The DAXI differentiator
The complexities of nonphysician compensation
Related Videos
Related Content