While government funds for research in dermatology and other medical specialties seems to be dwindling, there are forces at work that could help to pick up at least part of the slack. 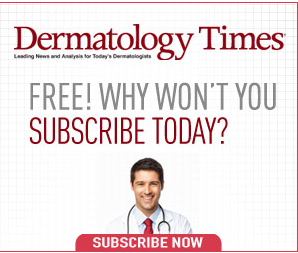 While government funds for research in dermatology and other medical specialties seems to be dwindling, there are forces at work that could help to pick up at least part of the slack.

Samantha Fernando, Ph.D., a therapy area analyst specializing in immunology for GlobalData, London, says pharmaceutical companies here and abroad are focusing more on the dermatology market in the United States.

“Previously large companies have neglected the dermatology market. Interest, however, has recently been reignited, with pharmaceutical companies appreciating the sizable patient population and lucrative nature of the market,” she says.

The size of dermatology patient population and increased awareness among potential patients about dermatology conditions are attractive to industry, according to Dr. Fernando.

“I think, for the first time, we’re going to be seeing large pharmaceutical companies with dedicated R&D programs in dermatology, with significant innovation and discovery in the next 10 years,” she says.

Helping to prove her point: GlaxoSmithKline (GSK) acquired Stiefel in 2009. The move by this pharmaceutical giant to take over one of the biggest and oldest dermatology companies is a massive stride forward, she says.

“The dermatology field is dominated by specific players, but with a company like GSK and Novartis coming back into (the specialty), it shows this is an exciting area to be involved in,” Dr. Fernando says.

An example of a novel use of an old drug, Dr. Siegel says, is brimonidine (Mirvaso, Galderma), which is a topical alpha agonist that reduces rosacea's redness by vasoconstriction.

“The biggest advances in treatment are in cutaneous oncology. We’re moving more toward targeted therapies and inhibitors of inflammatory pathways,” according to George Martin, M.D., a dermatologist in Maui, Hawaii. He is also program director of the upcoming 10th Annual MauiDerm Conference in January. This year, among other presenters, Professor Eggert Stockfleth of Charite Hospital in Berlin will release the global actinic keratosis treatment guidelines.

“We’re seeing the use of biologic agents, like rituximab used to treat lymphomas, now being used to treat inflammatory blistering diseases, such as pemphigus vulgaris. We’re also seeing pathway inhibitors and immune checkpoint modulators in the treatment of advanced melanoma,” he says. “Those are huge strides being made in our understanding of those pathways and inhibitors of those pathways.”

Acne treatments have been relatively flat for three decades, clinicians say. It’s time for a blockbuster treatment, Dr. Fernando says. But in acne and other areas of dermatology innovation, “blockbuster” doesn’t necessarily mean a new drug. The focus, she says, is reformulation strategies. Sanofi Pasteur, for example, is looking to develop acne vaccines.

“With acne, the big issue is compliance,” she says. “Companies are making formulations which are patient-friendly, with minimal side effects. So, you have gel formulations, controlled release drugs … once-a-day formulations… and pump dispensers with metered dosage.”

There is a trend toward combination therapies in acne innovation.

“This has been exemplified by Galderma’s Epiduo (adapalene/benzoyl peroxide), which has been met with much success and the current combination drug of choice. The problem … with combination products is the high price, which ultimately affects availability to patients,” Dr. Fernando says.

Another trend with acne medications - which could spread to other areas of dermatology - is pharmaceutical manufacturers’ deliberate expansion into the pediatric population.

“Galderma recently had an FDA (Food and Drug Administration) label expansion for Epiduo to children as young as 9 years old, tapping into a market that was previously unpenetrated,” she says.

The move is part of the company’s lifecycle management strategy, she says, which will increase sales of the brand.

In pediatric dermatology, one of the most exciting innovations in recent years has been in the use of propranolol for hemangiomas, according to Amy Paller, M.D., chairwoman, department of dermatology and professor of pediatrics at Northwestern University Feinberg School of Medicine, Chicago, and president of the Women’s Dermatologic Society.

“The use of propranolol is a marvelous example of what happens when clinicians are observant. (Physicians noted) that the hemangiomas melted away in babies who were treated for their cardiac problems with propranolol,” she says. “Propranolol has since been used to treat thousands of babies with hemangiomas worldwide and is now first-line treatment.”

Dr. Paller says pediatric patients have benefited from the discovery that the mammalian target of rapamycin (mTOR) signaling pathway is activated in vascular malformations. Early studies suggest that systemic administration of sirolimus (also called rapamycin), an mTOR inhibitor, may be helpful.

“The next decade will focus attention on new therapeutic interventions for atopic dermatitis. There are promising trials ongoing with a new topical phosphodiesterase 4 inhibitor (PDE4) for adolescents and children,” Dr. Paller says. “Of course we’re all eagerly watching the incredibly exciting results of trials in adults with atopic dermatitis of inhibition of the interleukin (IL)-4 receptor and looking forward to extending these to children, pending continued evidence of safety.”

But innovation, in itself, doesn’t insure patient access to new treatments. One hurdle, according to Dr. Siegel: Most of the new drugs are costly.

“… Which gets into the issue of, is healthcare reform going to pay for these things?” Dr. Siegel says.

Show me the money

Researchers are feeling the pinch from the changing healthcare environment.

“(National Institutes of Health [NIH]) funding levels have decreased, resulting in cuts in current funding budgets and fewer grants being funded,” Dr. Paller says. “I don’t know what changes in healthcare are going to bring, but we are all concerned that new innovation will not receive the financial support it deserves. There will be a lot more repurposing of drugs.”

Dr. Martin predicts more of the reliance on pharmaceutical companies to recruit the best and brightest and provide them with the resources to continue their research.

“The scary part is there may not be sufficient funds provided by the government to facilitate young researchers with an idea that may or may not work. Sometimes a negative research result is equally important as a positive one for that future research. If the government does not fund basic science research, it’s going to be difficult to make the strides that we’re now seeing at this rate,” Dr. Martin says.

Profit, Dr. Siegel says, is the name of the game for industry.

“It’s far safer to come up with a minor variation of a product that could come to market quickly, than to spend a lot of money on something novel that might fail,” Dr. Siegel says.

On the funding and payer sides, health reform might block medical dermatology innovation. According to Dr. Siegel, industry isn’t going to spend a lot to research drugs for which insurance won’t pay.

“Companies are going to look for that they can make that people pay for out of pocket; hence the explosion of cosmetic devices, fillers and toxins,” Dr. Siegel says.

As a result, orphan drug innovation is likely to suffer. And there’s a ripple effect to that, according to Dr. Siegel.

“The understanding that we get about mechanisms when we research those (orphan) diseases help us treat other diseases,” he says.

The challenges traditionally facing pediatric dermatology research and innovation could get worse, according to Dr. Paller.

“It’s more difficult to do studies in children, especially if they involve any degree of invasiveness. Couple that with the fact that there are drugs that are now FDA-approved for adults, but not for children, despite testing and considerable off-label use,” Dr. Paller says. “There have been virtually no recent label approvals for pediatric drugs and nothing novel in the last several years. So, that’s also a very big concern of pediatric dermatologists and their patients, in addition to industry.”

Dr. Siegel says he suspects innovation will come about out in novel ways, which we can’t predict.

In some cases, dermatologists are taking the wheel. One example: There is a need to increase research that has translational value for pediatric skin disease, according to Dr. Paller. As a result, she and colleagues from the Society for Pediatric Dermatology have launched the new Pediatric Dermatology Research Alliance (PeDRA). Formalized in 2012, PeDRA was awarded an NIH grant to hold its first free-standing meeting, with some 80 clinicians and scientists attending, in October 2013. PeDRA hopes to support research that cannot be performed at a single institution.

Working groups are moving forward with research projects in each focus.

PeDRA is developing a database of members who perform research, their expertise, their infrastructure capabilities, and their history in collaborative research, which be helpful both to clinicians who seek help for their patients, scientists looking for partners, and industry looking for expertise in performing clinical trials.

“Something has to change,” Dr. Paller says. “We cannot continue to be a top-tier country and a leader in innovative research without increasing rather than decreasing funding toward research support.”

Disclosures: Dr. Siegel is a speaker and investigator for Genentech and consultant, investigator and speaker for LEO Pharma. Dr. Paller is co-chair of PeDRA and is a consultant for Anacor and Regeneron/Sanofi.