EADV report shows that risankizumab is a consistent performer in psoriasis

Risankizumab performed better in treating psoriasis that appears on the nails, hands and feet, palms and scalp sores.

In three phase three clinical trials, conducted by the pharmaceutical company AbbVie, risankizumab outperformed adalimumab and two placebo groups in reducing the impact of both skin and nail psoriasis. The results are important, said Anne Robinson, AbbVie’s executive scientific director of immunology research, because they point to possible expansion of therapies available to this group of patients.

“Even with the breadth of options available to patients with moderate-to-severe psoriasis, there is still a high unmet need for these patients,” she said. “Many don’t reach their treatment goals.”

Patients were randomized to risankizumab in a head-to-head study with adalimumab, the psoriasis standard-of-care, achieved greater skin clearance, based on Psoriasis Area Severity Index (PASI) and Physician Global Assessment (PGA) scores at 16 weeks. After 16 weeks, patients with PASI scores of at least 50, but not 90, were randomized to continue with adalimumab or risankizumab and were re-assessed at week 44. Re-analysis revealed more risankizumab patients achieved PASI 90 scores than those receiving adalimumab.

Pooled data from the trials also revealed risankizumab is more effective than placebos in helping patients reach PASI 90 scores and PGA 0 or 1 scores at 16 weeks. In addition, patient information also showed risankizumab performed better in treating psoriasis that appears on the nails, hands and feet, and palms, as well as scalp sores.

“This pooled information is important to show the impact of risankizumab in those specific body areas,” Robinson said. “You really aren’t able to robustly assess individual results based on the relatively less-frequent occurrence in those particular areas of the body.”

Consequently, Robinson said, the comparable safety profile and the similar performance across all patient subgroups could increase dermatology confidence in how patients would respond to risankizumab, if given the opportunity.

Ultimately, she said, the results indicate that if risankizumab receives approval from the FDA, it will open the door for more patients to potentially experience a greater reduction in the impact of plaque psoriasis.

“Not every patient will respond to what’s currently available, and even those who do can lose response over time,” she said. “So, it’s important to look for new options for patients to achieve durable skin clearance and reach their treatment goals.” 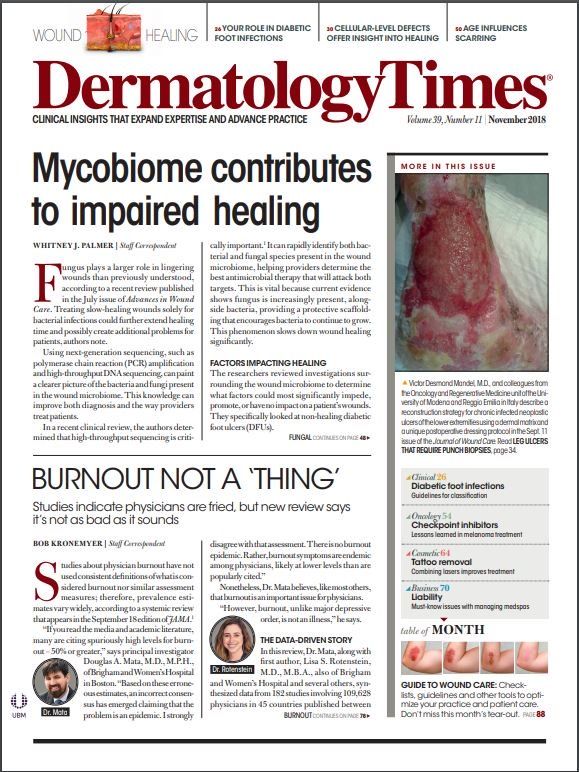