Resolutions can work, with the right mindset

New Year’s resolutions are notorious for being hastily made and easily forgotten as the new year rolls on. But resolutions can be effective-find out how. 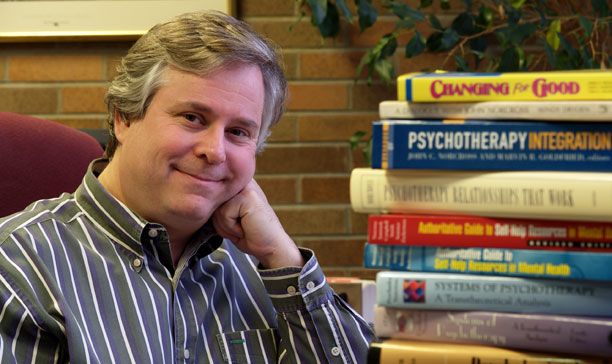 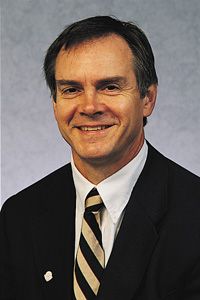 A new year, a new you. Many of us start the year with the best intentions of beginning new habits, but maintaining major lifestyle changes can be difficult. We’ve asked experts to weigh in on the best ways to keep New Year’s resolutions.

Why make a resolution?

John C. Norcross, PhD, ABPP, distinguished professor of psychology at the University of Scranton and author of Changeology: 5 Steps to Realizing your Goals and Resolutions, says about 40 percent of U.S. adults make New Year’s resolutions-a tradition that dates back to the ancient Romans. The majority, however, refrain from resolving change at the new year, with about a third claiming irrelevance of the tradition, and another third citing a lack of effectiveness or willpower when it comes to keeping up with their promises to themselves.

For those who do make resolutions, Norcross cites a number of polls, which show that the majority of Americans want to make improvements to their health-including weight loss, exercise, or quitting smoking-followed by resolutions involving their financial state or improving relationships.

“Making a New Year’s resolution is a valuable opportunity for annual reflection and life enhancement,” Norcross says. “Like Yom Kippur (Day of Atonement) and the season of Lent, these moments remind us to recommit to one’s best self and reflect on a better future.”

Are resolutions worth it?

While many scoff at the idea of a New Year’s resolution, Norcross says they are actually pretty successful. A quarter of individuals polled say getting started is the most difficulty part, while 28 percent say it’s harder to not slip back into old habits over time. Still, Norcross says studies by he and other colleagues on self-change reveal that 40 to 44 percent of New Year’s resolutions were maintained well into the new year

“In one of our studies, we contacted resolvers every week or two for six months. The success rates were 71 percent for two weeks; 64 percent for one month; and 46 percent for six months,” Norcross says. “These rates are probably higher than the actual success as our repeated contacts served to enhance behavior change.”

Is there a recipe for success?

“Old science told us to stick to a single resolution, as we have only so much time and effort. But new science tells us that two resolutions are likely to prove as equally successful when they are closely related, such as eating and exercise, smoking and stress management, relationships and communication,” Norcross says. “Two can be a charm in co-action.”

He adds that research indicates that an individual is 10 times more likely to make a change through a New Year’s resolution compared to those who don’t despite having identical goals and motivation to change.

1.     Psych and Prep. Before the New Year, individuals should set realistic, attainable goals that aren’t too vague or too grandiose. Develop a specific plan to carry out those goals and build confidence in that plan. Finally, publicly declare your resolution rather than keeping plans private.

2.     Perspire and Persevere!  When the New Year hits, it’s time to put your plan into action. Put yourself in supportive environments that trigger healthy behaviors and keep track of your progress.

“Recent research demonstrates texting and apps have a positive, short-term impact on behavior change, probably through a combination of self-monitoring, reminders, and rewards,” Norcross adds.

Reward yourself for success with positive reinforcement as you work toward your goals and expect to have the occasional slip-up without letting it derail your progress.

“Most successful resolvers slip in January. But a slip need not be a fall; pick yourself up and recommit to your resolution after a slip.  Don’t let one missed exercise class end the exercise program,” Norcross says. “One of our research studies showed that 71 percent of successful resolvers said their first slip had actually strengthened their efforts. How so? By a combination of rekindling commitment, inducing guilt, increasing awareness of the problem’s severity, refining the action plan, reminding them to get back on track; and intensified drive to prove that they could do it.”

3.     Persist. Beyond the initial days of fulfilling a resolution, keep a mindset that true change is a marathon, not a sprint. Embrace a changed lifestyle and cultivate social support. Create a “slip plan” by avoiding high-risk triggers for bad behaviors, learning to say no in high-risk situations, take a moment to truly work to resist urges to fall back into old habits, and avoiding negative self-talk when you do falter.

Larry Kubiak, PhD, a psychologist at Tallahassee Memorial Behavioral Health Center also has some suggestions for keeping resolutions, and these center on keeping a feeling failure that could derail your plan at bay by recognizing that you yourself are in control of your life and the success of any program.

“To overcome feelings of failure, on must first of all resolve to do something about it. Second, analyze the failure orientation. Third, establish a goal or objective into observable and measureable components, and arrange in order from least to most difficult to achieve in small increments that are attainable,” Kubiak says. “Fifth, establish and effective reward system. Analysis, commitment, and perseverance are this the necessary ingredients of success.”

Kubiak recommends that resolvers be prepared to devote time and energy into making their plan work, form specific plans with small goals. Don’t set a goal to lose 50 pounds-make a plan to regularly eat healthy or exercise and track daily progress.

Despite some calendars actually featuring a “Ditch Your New Year’s Resolutions” day in late January, Norcross doesn’t recommend observing it. When individuals ask him why bother to make or keep resolutions that don’t work, he responds that resolutions do work for many people, but the keep is to refocus when needed and keep moving forward.

“Ditch Day is cynical and antiscientific. Rechristen that day ‘Recalibrate and Refocus Your Resolutions Day.’ Rephrase and perhaps narrow your resolution,” he says. “Learn what is working and what is not for you. Reset priorities. Follow what research says actually works-there is a science to behavior change!”