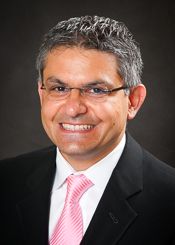 According to plastic surgeon Allen Gabriel, M.D., Vancouver, Wash., despite taking perioperative precautions and following the CDC and NIH published guidelines, patient wounds are still at risk for surgical site infections. Following what surgeons have done in the past and applying gauze and/or tape may not be adequate to protect the wound, because the wound leaks or seeps, leading to a moistened environment where bacteria can adhere and replicate, he says.

The Prevena Restor Bella Form Incision Management System offers the same technology as the company’s Prevena Incision Management System - a system that applies negative pressure wound therapy to manage surgical incisions that continue to drain after sutured or stapled closure. But the Prevena Restor Bella Form Incision Management System has added features, such as up to 14 days of therapy time, with a required dressing change after seven days; larger dressings that deliver therapy to the incision and surrounding tissue; mechanical stabilization of the incision and surrounding soft tissue; and it’s easy to apply and form-fitting, according to a KCI press release.

Dr. Gabriel, who does research for and consults with KCI, says Morykwas, et al. authored one of the first studies published describing how negative pressure increases blood flow to an area. The study, published in 1997 in the Annals of Plastic Surgery, showed that applying 125 mmHg to an area increased blood flow four-fold.1

“If we have a four-fold increase in blood flow to an area, that means we’re going to have better blood flow, which means oxygen and nutrients are going to reach the area, more importantly you’re going to have microvascular decompression, so edema is going to be less and, therefore, healing should be much improved,” Dr. Gabriel says. “There’s a complete microvascular and physiological effect that is initiated right around the treatment area.”

“We’ve gone from small dressings for breast incisions and now we’re covering the entire breast mounds and on the sides. You’re treating the incision as well as the areas where possible edema would be setting in,” he says.

In the past, surgeons would use gauze, tape, abdominal pads and foam to compress the postsurgical area on the breast, according to Dr. Gabriel.

“What we’ve learned is external contamination to the wound is a big deal and surgical site infections continue to be a costly problem,” he says.

In practice, Dr. Gabriel says that he has peace of mind when he uses the Bella Form post breast reconstruction.

“The soft tissue and the entire incision are protected from the outside world. The patient can shower normally the next day,” he says.

Another benefit is the dressing is large enough to cover the nipple, which is considered contaminated after breast reconstruction, according to Dr. Gabriel.

Surgeons using the new system should monitor patients for swelling underneath the dressing and possible blistering around it. That can be managed by checking for signs of swelling and blistering at patients’ follow-up appointments for checking drains, he says.

Prevena system pumps can malfunction or disconnect, so doctors should make sure patients understand how to reconnect those, he adds.

Dr. Gabriel says future indications for the Prevena Restor Bella Form Incision Management System could be post liposuction compression and healing and post buttock fat grafting, but it’s too early to tell if the system will indeed improve healing for those off-label indications.