Researchers recently undertook an epidemiologic study to investigate the prevalence of palmoplantar pustulosis (PPP) and co-existing plaque psoriasis. Read what they discovered in this article. 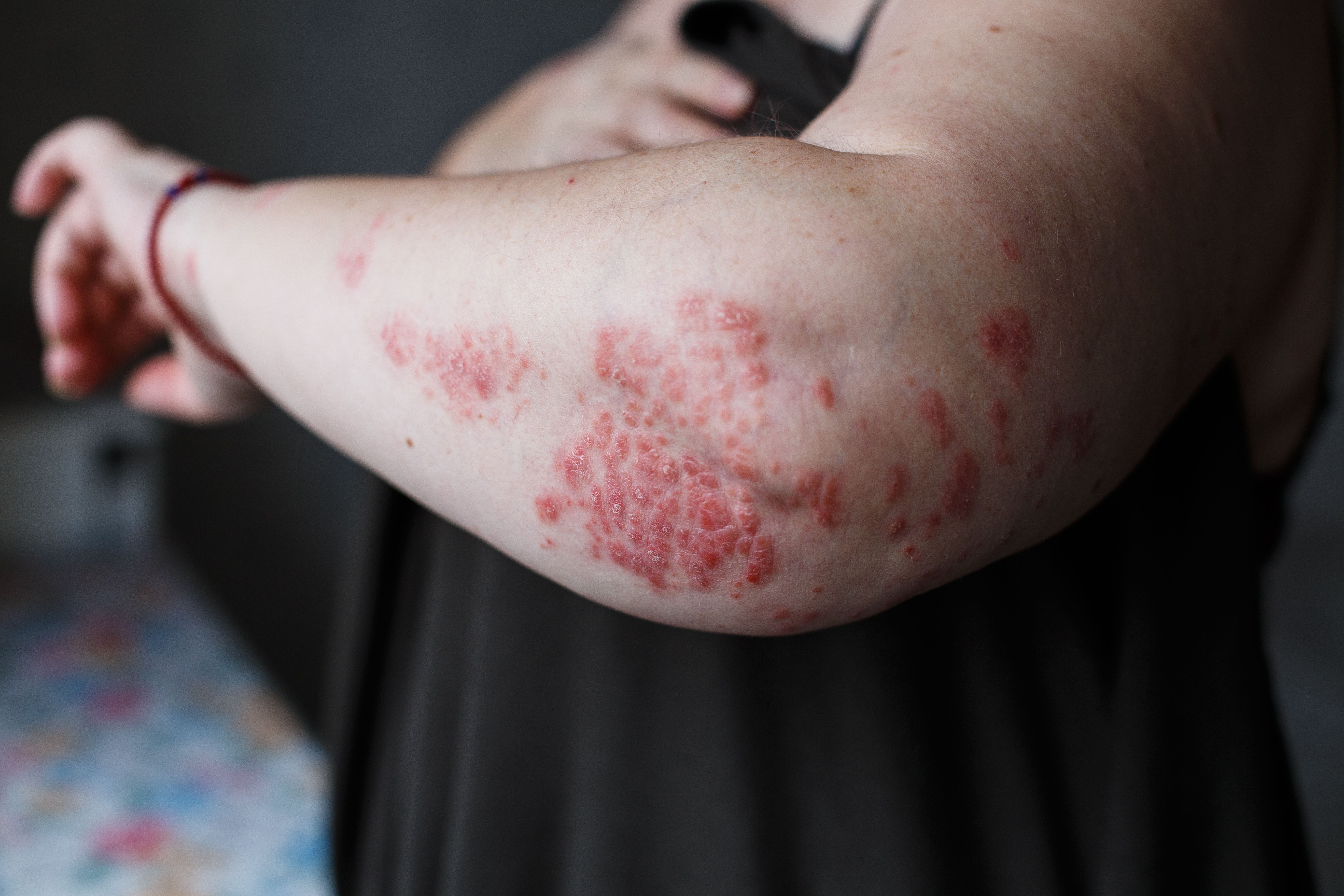 Palmoplantar pustulosis is characterized by recurrent sterile pustular dermatosis and erythematous plaques on the palms of the hands and soles of the feet, and often occurs alongside plaque psoriasis.2  As a result, some dermatologists actually consider the condition to be a subtype of psoriasis. This is still debated, however, due to evidence pointing towards differences between the genetic characteristics of PPP and those of plaque psoriasis.1,2,3

Although some research has connected PPP to tobacco use, cardiometabolic disease and/or autoimmune disease,4 little is known about the prevalence of palmoplantar pustulosis or the patients who suffer from the condition. The authors of the study, published in the British Journal of Dermatology in February 2019, aimed to fill this gap in research by collecting data from administrative healthcare registries and databases across the United States, Denmark and Germany.

THE STUDY
Researchers pulled data for the U.S. cohort from the Truven Health MarketScan database; the Danish Nationwide Registries for the Danish cohort; and the nationwide data set from Statutory Health insurance for the German cohort. The authors gathered information on the sex and age of participants, which were similar across the three groups. They also used the Carlson Comorbidity Index to estimate a weighted comorbidity score between 0 and 6. Psoriatic arthritis, hypertension, diabetes, thyroid disease and inflammatory bowel disease were also identified using ICD-10 coding.

PREVALENCE, CO-OCCURANCE WITH PSORIASIS
The differences in prevalence of PPP and its co-occurrence with plaque psoriasis across the three cohorts might be due to a variety of factors, according to the study authors.

“While PPP typically presents with pustules on neutral colored skin, it may resemble psoriasis as erythematous and hyperkeratotic plaques may occur,” say the study investigators, led by Alexander Egeberg, M.D. Ph.D., department of dermatology and allergy, Copenhagen University Hospital Gentofte, Gentofte, Denmark. “Diagnostic challenges may therefore have caused some misclassifications of the disease.”

The authors also suggest that there may be nuances in the way physicians identify and diagnose PPP across the three countries, which could explain the differences in PPP prevalence (0.005 – 0.08%). Other types of psoriasis, such as guttate psoriasis and/or nail psoriasis, were also not included in the study, which could have affected the reported disease prevalence.

Additionally, the authors note, some cases of PPP may have been recorded as psoriasis, inflating the prevalence estimate in the U.S. cohort as there is no ICD-9 code for PPP in the U.S. and ICD-10 codes were not available until October 2015.

COMORBIDITIES
Investigators found that individuals with PPP and plaque psoriasis were also more likely to experience psoriatic arthritis in the U.S., Danish and German cohorts (21.8%, 25.2%, and 20.4% respectively) than patients with PPP who did not have psoriasis. Occurrence of comorbid conditions such as  hypertension, diabetes, thyroid disease and IBD, however, appeared to be the same in individuals with PPP and psoriasis, and those without psoriasis, across the three cohorts.

It is well-known that psoriasis carries with it the risk of developing comorbidities such as cardiometabolic and immune-mediated inflammatory diseases due to systemic low-grade inflammation, genetic, lifestyle and environmental factors, but it remains unclear if PPP shares the same pathogenetic mechanisms.

“…discrepancies in the use of therapies may be explained by differences in local therapeutic guidelines and traditions among clinicians,” the study authors add.

TAKEAWAYS
Ultimately, study authors confirmed that palmoplantar pustulosis is not a very common condition (prevalence rate <0.1%) and that individuals with PPP also tend to suffer from plaque psoriasis; however, patients also seem to have an increased risk of developing psoriatic arthritis, though the reason why remains unclear.

More research is needed to better characterize the pathophysiology of palmoplantar pustulosis and its relationship with psoriasis.