Choosing the right nanotechnology agent to aid in wound healing requires matching its properties to the stage of the wound being treated, an expert says. Agents being used include nanoscale technology to deliver include curcumin, nitric oxide, growth factors and siRNA. 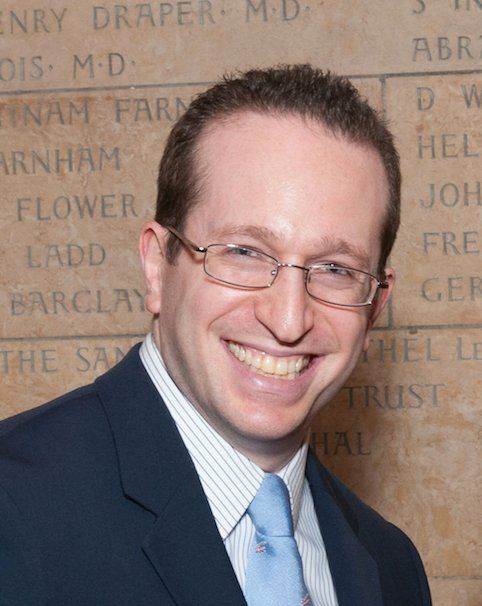 Adam Friedman, M.D.Denver - Nanotechnology shows promise for delivering many advanced wound-healing agents, says an expert. However, he adds, dermatologists may need to step up their wound-healing game to master these technologies.

“My belief is, go small or go home,” says Adam Friedman, M.D., assistant professor of medicine/physiology and biophysics, and director of dermatologic research, Montefiore-Einstein College of Medicine, New York. “Nanomaterials represent an innovative direction. It’s not the future - it’s already present in dermatology, and it will continue to grow with time.”

However, he adds that as dermatologists, “We should be at the crux of wound healing, developing new therapies. But we’re often not.”

Wound healing represents a major gap in dermatology training, Dr. Friedman says, but understanding which nanomaterials can accelerate wound healing - and how and when to use them - requires knowledge of the wound-healing process.

In this regard, he says, the current concept of moist wound healing suits nanotechnology well. Dry wound exudate and eschar impede the entry of new cells to the wound area, Dr. Friedman says.

“Many patients believe they should let the wound dry out. That’s actually the worst thing to do. Simple occlusion with petroleum jelly and a Band-Aid will start wound healing probably as well as any prescription vehicle,” he says.

At the nanoscale, Dr. Friedman adds, wound-healing materials are more occlusive than their bulk counterparts.

“They’ll sit more evenly on the wound bed or the skin itself. That will decrease transepidermal water loss,” he says. Maintaining moisture in the wound bed facilitates advanced cell migration and, perhaps more importantly, electrochemical communication between cells.

“In the inflammatory stage, you want antimicrobial agents,” he says, noting that immunomodulatory agents not only stimulate the immune response, but also must taper off when the proliferative stage begins. At this stage, wounds benefit from interventions such as growth factors and scaffolding.

“Where the wound is in terms of healing determines what product you’re going to use,” he says. “With nanotechnology, you can have multiple agents in one platform. And dermatologists are kings of synergy, combining different ingredients in the same platform.”

Among antimicrobial agents, “Silver has been used to prevent food spoilage for thousands of years. That’s because in bulk scale, silver spontaneously releases silver nanoparticles. Those particles release silver cations. Their positive charge links to the negative charge on bacterial, fungal and viral cytoplasmic cell membranes/walls.”

“Our cell plasma membranes interact weakly - if at all - with these positively charged silver ions, as the electrostatic properties are different,” he says. “Interestingly, our own immune system already capitalizes on these differences, using antimicrobial peptides which have a strong positive charge, allowing these peptides to bind to the pathogen surface, but also a negatively charged end (hence, they are amphipathic) which is repelled into the cell membrane, forming a pore and tearing that bacterial or fungal cell apart.”

Furthermore, Dr. Friedman says the greater amount of surface area available with nanoparticles increases their surface reactivity. At the nanoscale, “That positive charge is much stronger. And therefore, these materials are much more attracted to bacterial, fungal and viral cell walls. Also at the nanoscale, where most biological processes occur, the likelihood that silver nanoparticles will interact with the intended target is much greater.”

Curcumin, derived from the spice turmeric, has been explored in oncology as a potent and innovative anti-cancer agent, he says. With many in vitro trials completed, “Clinical trials are underway at M.D. Anderson Cancer Center, evaluating curcumin as both a radioprotectant and anticancer agent.”

Additionally, “We’ve been looking at it as a wound-healing and antimicrobial agent,” Dr. Friedman says. “The importance of using nanoparticles here is that first off, curcumin is not water-soluble, so delivery can be quite difficult. Additionally, it can stain skin/clothing orange - not a well-tolerated adverse event. But at the nanoscale, these particles do not scatter visible light. Rather, they become invisible.”

In a mouse model, “We’ve shown that curcumin nanoparticles can clear MRSA infection from a burn wound over time (Krausz AE, Adler BL, Navati M, et al. Poster 8832 presented at: American Academy of Dermatology 72nd Annual Meeting; March 21-25, 2014; Denver). But more importantly, curcumin has immunomodulatory effects. In the setting of a wound infection, it can both clear the infection as well as accelerate wound healing through multiple biological mechanisms,” he says.

“There are probably targets we don’t even know about,” Dr. Friedman says. “But it definitely has anti-inflammatory effects. We’ve shown this both in vitro and in vivo (Krausz AE, Adler BL, Cabral V, et al. Nanomedicine. Epub 18 Sept 2014). In this study, we found that curcumin nanoparticles could reduce expression of interleukin-6 (IL-6), a very important cytokine that can suppress the Th1 response but also maintain the pro-inflammatory environment in burn wounds, perpetuating that infection and slowing healing.”

NEXT: Healing with nitric oxide

Similarly, the gaseous molecule nitric oxide (NO) fulfills myriad wound-healing functions, Dr. Friedman says. This lipophilic molecule modulates vasculature, accelerates wound healing, fights infection and induces melanogenesis. While many cell types can make NO, “Macrophages which infiltrate the wound in the first 72 hours are the main source, making them the most important cell type in early wound healing. As NO levels decrease over time, that induces cytodifferentiation, inhibits much of the intense Th1 response, and allows for the transition from the inflammatory phase into the proliferative phase, allowing wound healing to progress.”

To increase NO levels, “We are utilizing an innovative technology that allows for controlled, sustained release of NO,” he says. “This technology retains the NO as long as it is dry, likely in the form of dihydrogen trioxide, a very stable precursor.” Once the nanoparticles become wet, “They begin to release NO over time. We’re not talking about massive concentrations - very high levels could cause cell death. Rather, we are using doses that are physiologic or minimally supraphysiologic.”

“Histologically, the collagen looked more robust, and we saw more blood vessels as well,” he says.

“If siRNA gets where it needs to go, it enters the cell and forms a silencing complex which downstream degrades mRNA, preventing gene expression,” Dr. Friedman says.

Applying siRNA topically is impractical, however, because it degrades quickly. Furthermore, “It’s immunogenic - it’s actually a ligand for toll like receptors. So not only does it not help, but it could theoretically enhance inflammation.”

To overcome these limitations, he and his colleagues are using nanoparticles to stabilize and effectively deliver an siRNA-targeting fidgetin-like 2 (FL2 siRNA), an ATPase that cleaves microtubules.

“By knocking down the production of this enzyme, we should be able to facilitate epithelial cell migration by limiting the breakdown of their microtubules,” Dr. Friedman says. In vitro, osteosarcoma cells treated with FL2-siRNA resulted in accelerated wound closure and improved directionality of epithelial cells. Similar results occurred with nanoparticle-mediated FL2 knockdown in an in vivo burn wound model and an incisional wound model, Dr. Friedman says.

“Don’t just think about nanoparticles - think about matrices. In wound healing, the body creates a provisional matrix naturally. Why not frame it artificially?” he says. To that end, nanofibrous membrane products impregnated with fibroblasts and growth factors show promise.

Going forward, Dr. Friedman says, “Why not combine several technologies? Have nanoparticles with growth factors embedded into a scaffold that may contain even more growth factors, fibroblasts or cells, and apply this to a wound? That’s probably one of the most promising areas in terms of delivering growth factors - utilizing these fibers to serve both as a matrix and a delivery system to accelerate wound closure.”

Disclosures: Dr. Friedman owns patents to several of the technologies discussed and is on the advisory boards of MicroCures and NanoBiomed.