As non-surgical aesthetic procedures continue to grow, so do the number of medical spas that perform cosmetic treatments. According to Dr. Renato Saltz, that’s not necessarily a bad thing. 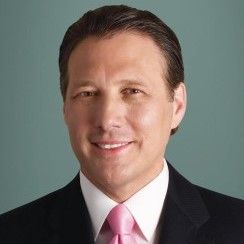 As the number of patients seeking non-surgical options for their aesthetic concerns grows, the number of medical spa providers has followed suit.

“One of the most exciting things that happened to my practice was back in the late 90s,” says Dr. Saltz. At that time, he realized the field of cosmetic surgery was evolving, and he opened a medspa to create a continuum of care for his surgical patients.

“After 17 years, I’ve had very good experience of what works and what doesn’t work in this kind of environment,” explains Dr. Saltz, who presented on the subject at the recent Global Aesthetics Conference in Miami, Fla. He says that adding a medspa to your practice is key to achieving client retention.

“In surgery, especially in plastic surgery, during your lifetime you’re lucky to operate on [a] patient three times,” Dr. Saltz says.

The global medical spa market is expected to reach $33.9 billion by 2026, according to a recent report published by Research and Markets, with North America dominating the market in 2018 in terms of “revenue share pertaining to the technological advancements, and the increasing number of new entrants in the medical spa industry.”

However, regulation and legality of medical spas in the U.S. vary considerably depending on state, leading to differential care.

In a 2019 study published in Dermatologic Surgery, authors reviewed websites and telephone interviews to research the degree of medical oversight in medical spas located in the most heavily populated cities in each state.

The demand for medspa treatments will only continue to grow, so it’s important to the specialty to offer safe, efficacious treatments, according to Dr. Saltz.

“That field is going to continue to explode regardless [of] what we try to regulate,” he says.

He says that by offering non-surgical treatments in his medspa, patients stay connected by coming in every few months for injectables, skin treatments and massage therapies - all part of the surgical-nonsurgical continuum of care.

But most importantly, he says, “The long-term results are really amazing, something I could never achieve with just surgery.”