Epidermolysis bullosa (EB) is often described as ‘the worst disease you’ve never heard of,’ and the young sufferer of this condition are referred to as ‘butterfly children’ because their skin is said to be fragile as the wings of butterflies. A potential new topical treatment option, in phase 3 trials, could help to change the EB treatment landscape. 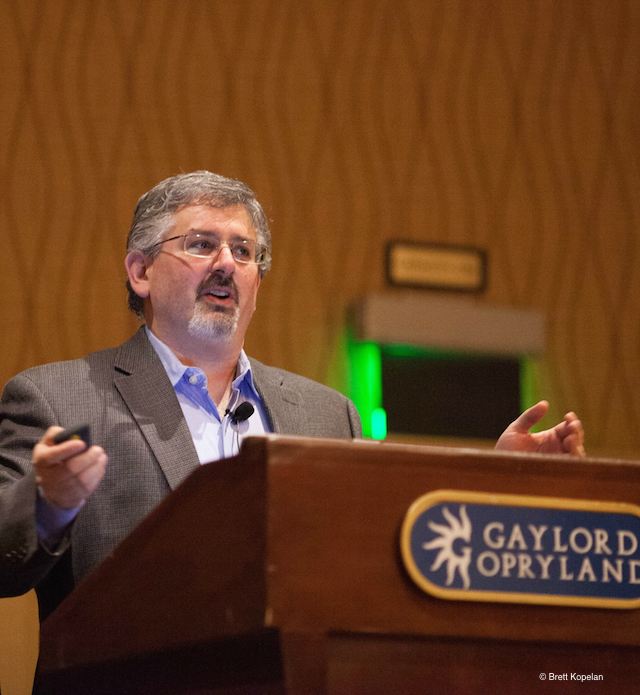 Brett Kopelan knows about the lack of treatment options for epidermolysis bullosa (EB). Kopelan’s eight-year-old daughter Rafaella, who goes by Rafi, has recessive dystrophic epidermolysis bullosa generalized severe. Kopelan also is connected intimately with the EB community, as executive director of the only national nonprofit that provides all-inclusive support, including research and free programs and services for EB, the Dystrophic Epidermolysis Bullosa Research Association of America (DebRA).

But a potential new topical treatment option, in phase 3 trials, could help to change the EB treatment landscape and make a big impact on Rafi and other children and adults like her. In 2013, the FDA designated Scioderm’s drug Zorblisa (Scioderm has since been acquired by Amicus Therapeutics) as a breakthrough therapy, which put it on the approval fast-track allowing the FDA to review data during the phase 3 study taking place in the U.S. and Europe.

NEXT: A needed addition to therapy 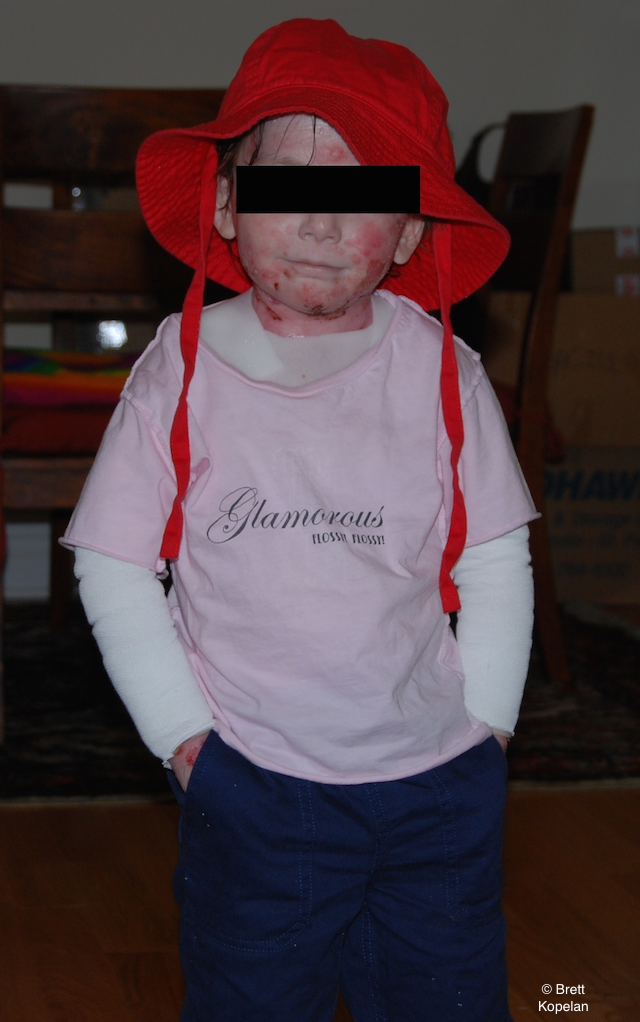 Rafi gets ready for her first day at school.A needed addition to therapy

“…really the standard of care is wound care. That’s it. You treat the wounds to help the patient heal and keep them comfortable. As they get older, you monitor for squamous cell carcinoma,” Dr. Browning says. “Wound care for these patients is tough because they get more and more wounds as they get older, and you get chronic wounds that develop on top of chronic wounds, and it’s harder to get them to heal.”

Dr. Browning treats EB patients’ wounds with nonstick dressings, then wraps their extremities with a soft covering to try and prevent further injuries.

“Special care has to be taken around areas prone to pressure such as the diaper area, buttocks, and back. Foam dressings or other padded dressings can be helpful in these areas,” says Dr. Browning. “Sometimes topical or oral antibiotics are necessary when wounds become infected. Bleach baths can help prevent infection by reducing colonization. Chronic itching is often associated with EB and can be very difficult to control. Topical steroids and oral antihistamines have minimal benefit.”

Dr. Browning, an investigator in the drug’s phase 2 trial, says it has been shown to decrease itching and improve wound healing.

“… I have been very impressed with how it has helped patients with EB,” he says. “I take care of a set of siblings with dystrophic EB but was only able to enroll one child in the study.  I chose the brother as he had more wounds and itching compared with his sister. After participating in the open label, long-term safety trial and receiving Zorblisa for almost a year, the brother has very few active blisters and no chronic wounds compared with his sister. It was actually quite striking to see them side by side at a recent clinic visit.”

“By decreasing itching, we’re not only improving their comfort level but also preventing them from excoriating and making their blistering worse,” Dr. Browning says.

Zorblisa could be on the market and available to patients in the next year to 18 months, if all goes well with the FDA, according to Dr. Browning.

NEXT: What else do derms need to know?

What else do derms need to know?

Kopelan says that while pediatric dermatologists have made it a point to specialize in EB and stay on top of care trends, there are fewer adult dermatologists with an interest in the orphan disease. He admits EB is a rare disease among people of all ages-about 25,000 to 30,000 children and adults in the U.S. are estimated to have it.

But, he says, adults who have EB have expressed concern that dermatologists who care for adult patients have not developed a specialty within EB like the pediatric dermatologists, according to Kopelan. And with treatments like Zorblisa coming to market, it’s possible that more children with EB will grow into adulthood and need care, he says.

Another thing all dermatologists can do for EB patients and families is refer them to DebRA.

“We have an array of programs and services that are meant to ease the inherent daily stress of living with EB. So, if they have exhausted their insurance coverage for the wound care supplies, we have a wound care distribution program. We have an on-call nurse to answer questions…,” Kopelan says.

DebRA hosts patient care conferences that allow families to gather every other year to exchange ideas and socialize. The organization grants wishes, such as free iPads, once a month for children with EB. It also offers families a legal aid program.

NEXT: The future looks brighter for EB

The future looks brighter for EB

When Rafi was born in January 2008, there was no cure, no treatment and no hope, Kopelan says.

The Kopelans took an aggressive route, with an experimental treatment, to help their daughter. Rafi was the eighth child in the world to undergo a stem cell transplant at the University of Minnesota. The hope was her EB would be cured or provide a strong treatment effect.

The stem cell treatment was a success, medically-speaking, Kopelan says. Rafi is fully engrafted and produces the protein that she was not able to before.

“However, we didn’t see the type of treatment effect that we were hoping for. So, she still has a severe case of EB, we just think that we have a less-severe form,” he says.

Zorblisa could be hugely impactful if it is able to heal wounds, including chronic wounds, more quickly, according to Kopelan.

Read: 10 things never to say to your patients

“Everyone complains of never-ending itch and pain from wounds that don’t heal. Zorblisa is really being looked at to address those two issues. So, I think it could be a game changer in EB,” he says.

There are other promising EB treatments on the horizon, according to Kopelan. Two publically traded companies have taken an interest in EB. Shire Pharmaceuticals is investigating a protein replacement therapy and Fibrocell Science is looking at genetically-modified autologous fibroblast cell therapy,2 according to Kopelan.

There is also promising research in academia, he says, noting that researchers are in the early phases of clinical trials in developing gene-corrected skin equivalents, among other things.

Gene therapy may hold the cure for EB, according to Dr. Browning.

“We’ve come a huge way. It’s amazing how much progress has been made in a short time in our community,” he says. “It’s one of the times I can finally say I can see the light at the end of the tunnel and know it’s not the oncoming train.”