In the study, researchers treated 12 patients with moderate to severe acne scarring and skin phototypes II through V with the Fraxel SR (Reliant Technologies).

"Patients noticed improvement in their scars after two to three treatments. And all patients reported improvement after the treatment course, with an average of 2.2 points on a 5-point scale," Dr. Fincher says.

In the past, he says, he and his colleagues (co-authors Helen F. Fincher, M.D., and Ronald L. Moy, M.D.) would have turned away patients with darker skin out of concern for creating hyperpigmentation with CO2 and erbium laser treatments.

However, he says that although no laser can completely reverse scarring, "The Fraxel offers significant improvement and high patient satisfaction with minimal post-treatment recovery. The ability to safely treat patients of all phototypes makes this laser especially valuable and unique."

The study protocol involved performing a series of five to six treatments spaced two to four weeks apart. After each treatment, Dr. Fincher says, patients experienced redness and erythema for one to four days. However, no patients required changing bandages or missing work, he says.

"Our initial result was that we got a faster and better response with higher treatment energies," Dr. Fincher says. "Treatment settings were considered aggressive, with patients treated at 18 to 21 mJ/cm2 and receiving approximately 1,250 to 1,500 microthermal zones (MTZ, the manufacturer's method of measuring density)."

He explains, "The way the Fraxel works is that it has a scanner in the handpiece, so it basically fires a grid of tiny laser beams into the skin. There are two different density settings - 250 or 125 MTZ per square centimeter."

Although Reliant provided researchers with no recommended energy levels for treating acne scars, the company typically recommends a setting of 10 mJ and a density of 250 MTZ for treating pigmentary changes, Dr. Fincher says. To achieve the desired response, he says, he and his colleagues treated patients for an average of 10 to 12 passes at the 125 MTZ setting.

"It's a new technology and a new method of treating the skin," he says. "Every other laser we've used basically treats every square pixel, so to speak, or skin cell. This one leaves normal skin in between" microscopic treated zones.

Potential weaknesses of the study include its small size and the fact that it relied on investigators and patients for subjective evaluations of patient progress, Dr. Fincher says.

However, he says, "The study provides a good initial look into how effective this laser is. Based on patients we have treated, the results have been outstanding. The laser's ability to treat darker skin types opens a new avenue to treat a large population of patients that we previously weren't able to treat. It's a very safe laser, and I believe we'll be using it to treat acne scars for many years." 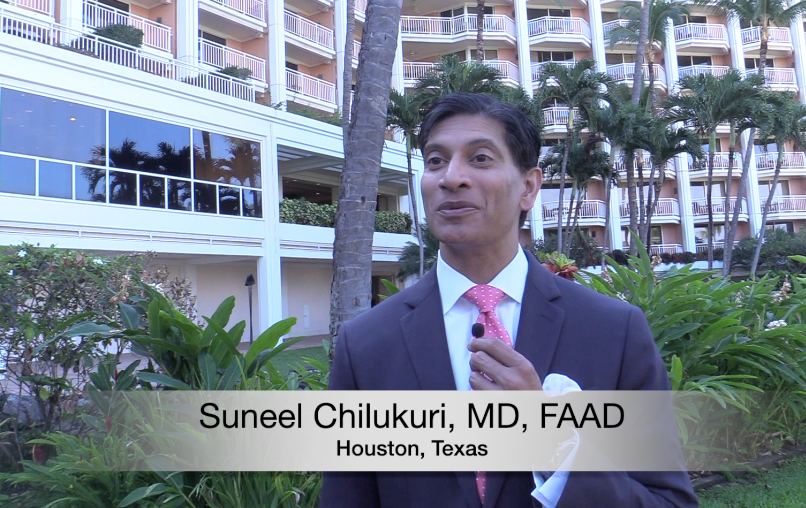