Electronic surface brachytherapy allows dermatologists to offer patients another safe, effective option for nonmelanoma skin cancer (NMSC), many experts say. And if the specialty doesn’t seize the opportunity, they add, it might lose some skin cancer treatments to radiation oncologists.

[Editor’s note: This article represents the first in a series regarding electronic surface brachytherapy. Future installments will explore topics including relative cure rates, cost-benefit analysis and how to implement the technology.]

National report - Electronic surface brachytherapy allows dermatologists to offer patients another safe, effective option for nonmelanoma skin cancer (NMSC), many experts say. And if the specialty doesn’t seize the opportunity, they add, it might lose some skin cancer treatments to radiation oncologists. 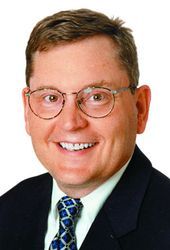 Dr. Werschler“The appeal of electronic surface brachytherapy to the dermatology community is that this is something performed in our offices that has a cure rate, as best we understand it, that approximates that of Mohs surgery,” says Wm. Philip Werschler, M.D., a dermatologist in Spokane, Washington, and assistant clinical professor of medicine/dermatology, University of Washington School of Medicine, Seattle.

Traditional radiotherapy also suffers from an image problem with respect to NMSC, he says. Along with the inconvenience of visiting a cancer center for months on end, “Patients with skin cancer don’t see themselves as being sick. They’re not losing hair or weight like patients with lung cancer or breast cancer.”

Electronic surface brachytherapy uses a portable machine (Xoft Axxent Electronic Brachytherapy System; iCAD) about the size of a laser to generate radiation that physicians apply through an applicator placed directly on the skin. Each treatment takes about three minutes - the same amount of time as traditional radiotherapy, but with much less shielding required, Dr. Werschler says. 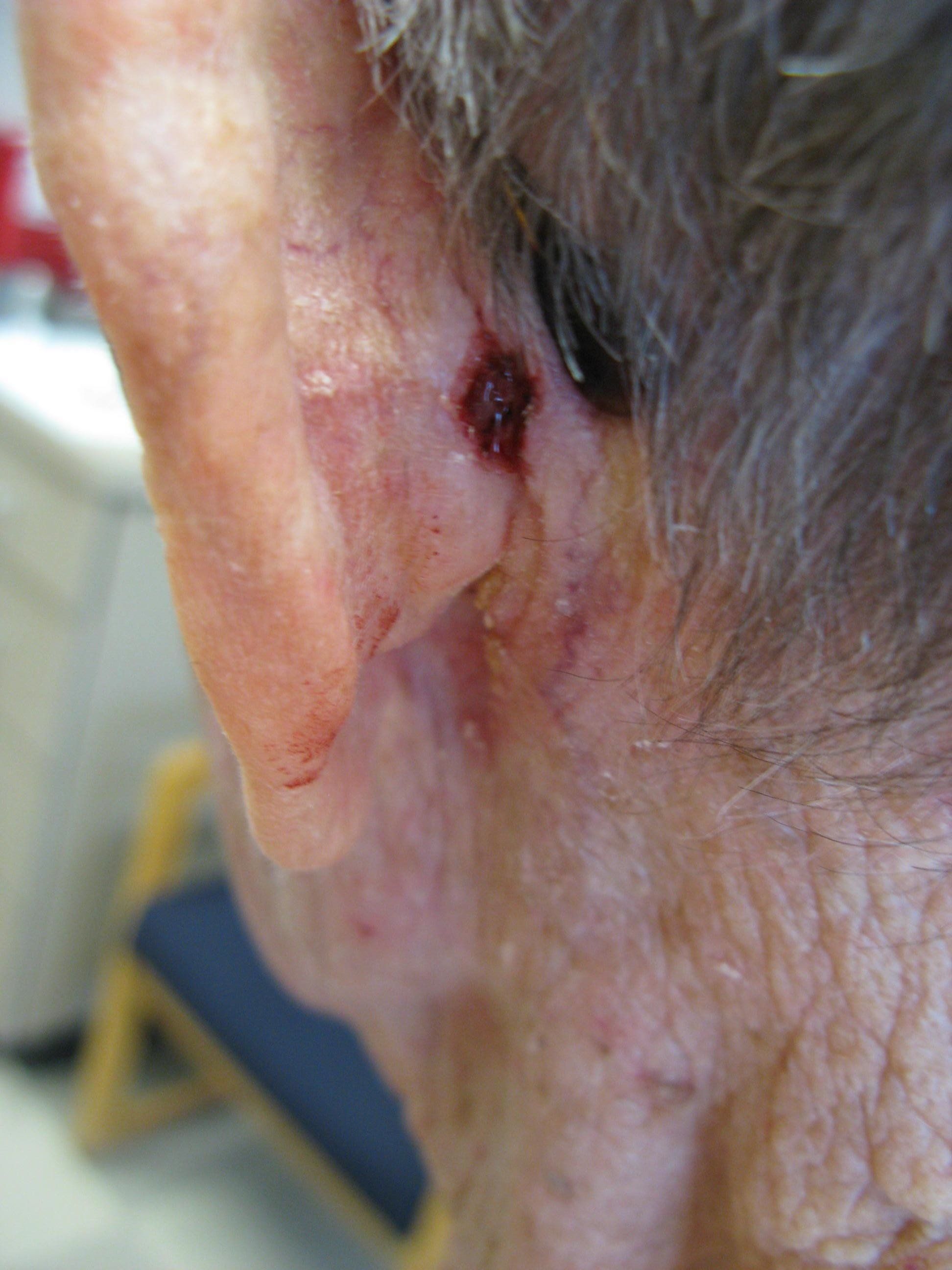 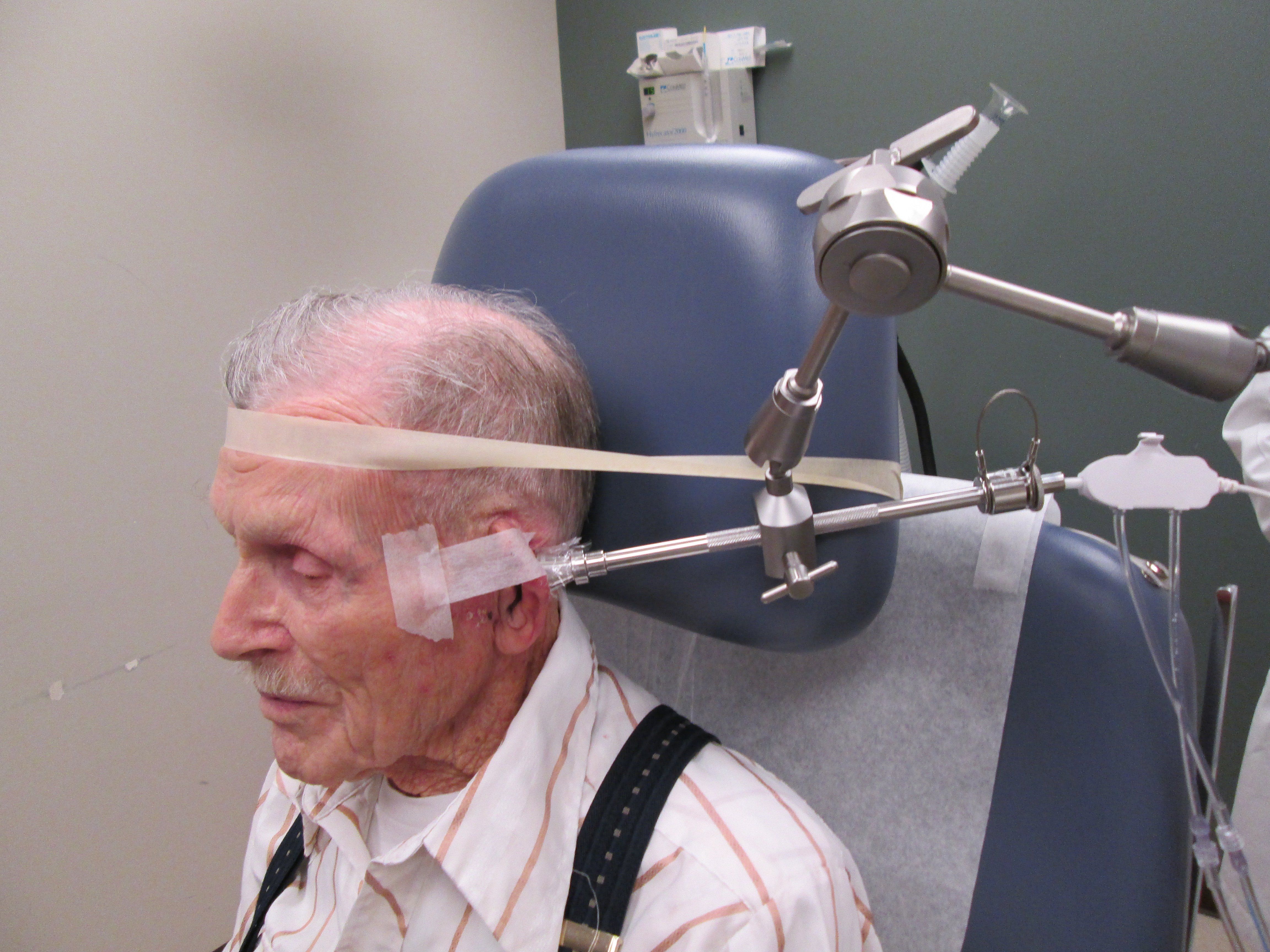 Electronic surface brachytherapy uses a portable machine (Xoft Axxent Electronic Brachytherapy System; iCAD) about the size of a laser to generate precise, accurately targeted doses of radiation applied through an applicator placed directly on the skin. (Photos: Philip Werschler, M.D.)With the new technology, “We are able to deliver precise, accurately targeted doses with little if any excess radiation delivered to the surrounding skin,” Dr. Baron says. “And because radiation oncologists are truly the experts in utilizing radiation to treat all forms of cancer, we rely on them to come up with the appropriate treatment regimen for each patient. It truly is a collaboration between the dermatologist and the radiation oncologist.”

The dermatologist biopsies the lesion and educates the patient about treatment options, Dr. Werschler says.

“If the patient chooses brachytherapy or wishes to learn more about it, the patient meets with a radiation oncologist,” who ultimately oversees the treatments, which are performed by a radiation therapist (using doses calculated by an off-site medical physicist) in the dermatologist’s office, he says.

“The procedure is noninvasive and painless, and clinically proven to be effective,” says Ken Ferry, president and CEO of iCAD. “The mobile design of the system allows dermatologists to offer this unique treatment option to a broader patient population and position their practice as an innovative leader in their community.”

Most dermatology practices offering this procedure have a radiation oncologist on-site two days weekly, performing consultations and monitoring treatment, according to Dr. Baron.

“Patients have a comfort level with that, because they’re familiar with your office, and they know the staff and how to get here. We used to have to send these patients to the hospital for treatment,” he says.

Because treatments are quick, the radiation oncologist who visits his office can do 10-plus treatments daily, Dr. Werschler says.

“Ten or more Mohs cases is a very long, busy day for a dermatologist. And the radiation oncologists can do this every day, without fatigue. That’s not the case in Mohs surgery,” he says.

“It’s a very different, and very patient-friendly model, whereas I do Mohs surgery one or two days weekly,” he says. “If you can’t come in on those days, I probably can’t treat you without significantly rearranging the clinic schedule.”

Electronic surface brachytherapy may result in hypopigmentation and possibly permanent hair loss in the treatment area, Dr. Baron says, but older men - the prime demographic of NMSC - don’t much mind the latter.

As a dermatologist or Mohs surgeon evaluating electronic surface brachytherapy, Dr. Werschler asks, “Do you embrace a competing technology and incorporate it into your practice as part of the spectrum of comprehensive skin cancer care offered in the dermatology office? Or do you fight it, ignore it, delay it, even demean it? I’ve seen all that happening, and heard it in personal conversations.”

Whenever that happens, he says, “I’m thinking to myself, ‘It’s not my choice. It’s my patient’s choice, after the risks and benefits of the procedure are fully explained.”

Dermatologists who instead seek to guard their NMSC turf one day could find that “most skin cancers are being treated by radiation therapy - not in the dermatologist’s office, but in the radiation oncologist’s office or comprehensive cancer center,” Dr. Werschler says.

As a specialty, “Organized dermatology needs to make a decision how they’re going to approach this. You don’t want to be the guy who’s still championing carburetor technology in the world of electronic fuel injection.”

Mark S. Nestor, M.D., Ph.D., says he shares Dr. Werschler’s concern about dermatology losing NMSC treatments to radiation oncology - not necessarily due to brachytherapy, but due to radiation therapy in general. He is a voluntary associate professor, department of dermatology and cutaneous surgery, University of Miami Miller School of Medicine.

Dr. Nestor performs SRT for NMSC in his office. He says he understands radiation oncologists treating skin cancer because cancer treatments are what they do. However, “Almost all radiation oncologists use electron beam therapy to treat skin cancers, which has been shown to be less effective and have more side effects than SRT. Additionally, where I have an issue is that there are some in the dermatologic community who look at radiation therapy as a conflict or encroachment on Mohs surgery, which is ridiculous.”

Many of the dermatologists performing SRT for skin cancers are Mohs surgeons, he says.

Compared to electronic surface brachytherapy, he says, “SRT has much more data and behind it at this point. It was developed by dermatologists, and it is being embraced more by dermatologists” who, with proper training, can perform the procedure without radiation oncologists. 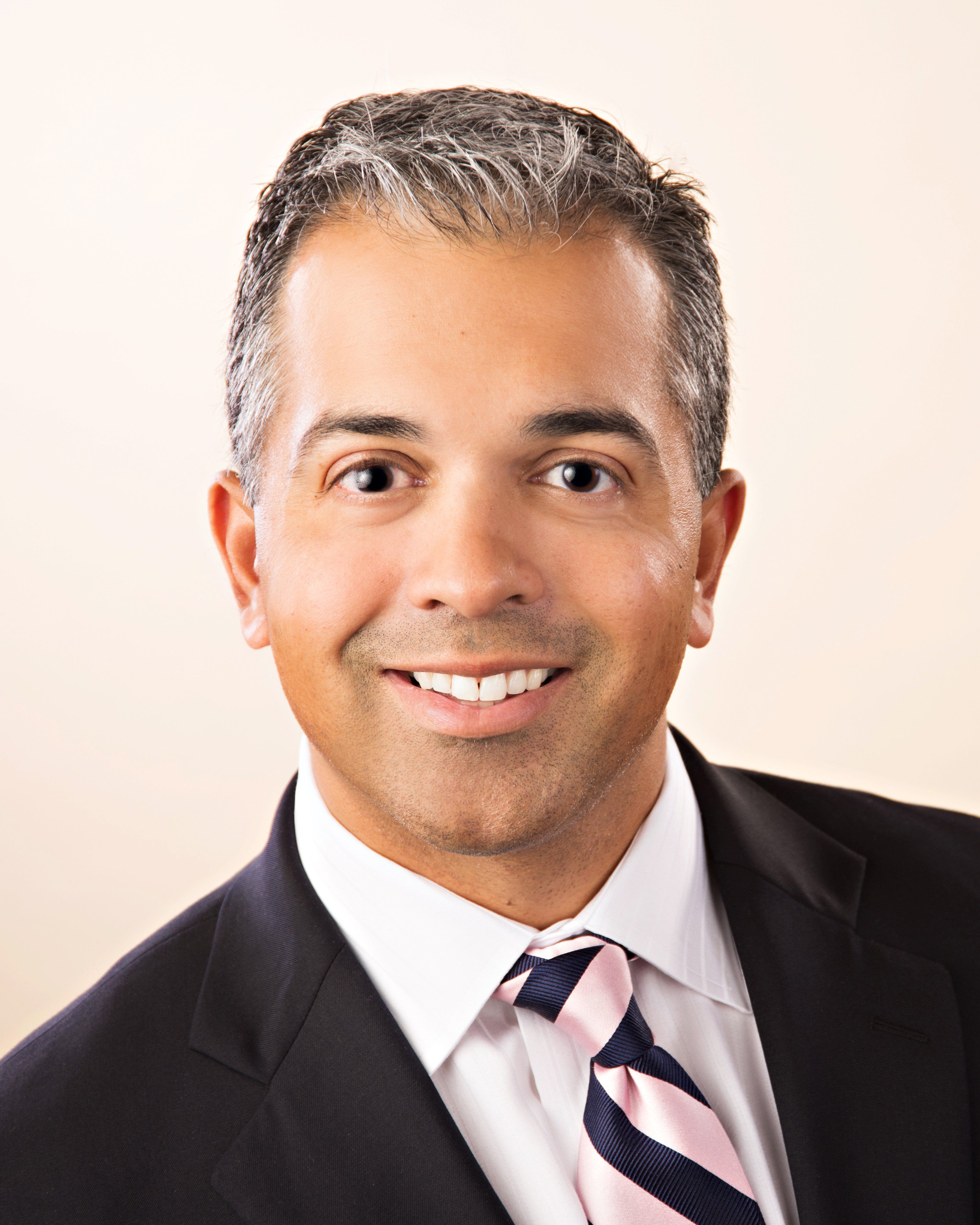 Among 277 patients treated with the new modality, no recurrences have occurred during follow-up that ranged from one to 51 months (mean: 13 months) post-treatment (Bhatnagar A. AAD 72nd Annual Meeting. March 21-25, 2014. Denver, Colorado). He is medical director of 21st Century Oncology of Arizona, practicing radiation oncology in Scottsdale, and Casa Grande, Arizona; and an adjunct assistant professor of radiation oncology at the University of Pittsburgh, Pennsylvania.

Going forward, most sources say, the NMSC landscape is large enough to accommodate electronic surface brachytherapy, Mohs surgery and other existing treatment options. Dr. Bhatnagar says that while researchers including himself are currently establishing the role of brachytherapy - including electronic brachytherapy - as a viable option for NMSC for a specific subset population, “The majority of NMSCs will be treated by surgery,” Mohs or otherwise. 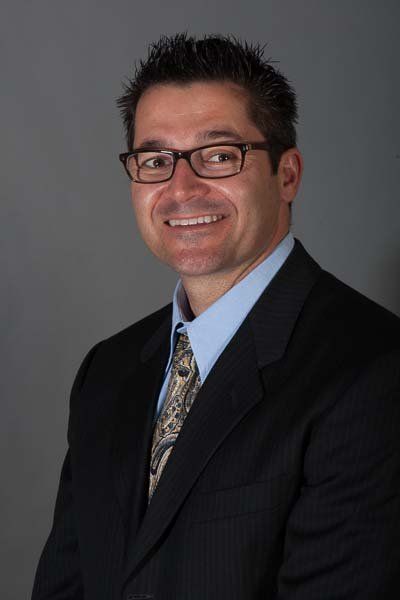 Dr. BaronDermatologists who offer electronic brachytherapy are “not trying to replace Mohs surgery, which will remain the gold standard for most NMSC,” Dr. Baron says. “We’re just trying to have another option” for patients who may not be candidates for Mohs surgery or who have lesions in cosmetically sensitive or anatomically challenging locations.

Dr. Mariwalla adds that with the epidemic of skin cancer in the United States, “I don’t believe that treating all skin cancers with radiation will be something patients want.

“I don’t believe radiation oncologists are going to start treating only skin cancers,” Dr. Mariwalla says. “They have many other types of cancers to deal with. For the number of skin cancers out there, I don’t believe electronic surface brachytherapy is such a threat.”

Skin cancer treatments make up about 30 percent of Dr. Bhatnagar’s practice, which he says is atypically high for a radiation oncologist.

The bottom line is that in terms of safety and efficacy for NMSC, “There’s never been a challenge to Mohs,” Dr. Werschler says. “In my opinion, we now have an alternative therapy. Whereas traditionally patients with skin cancer on the face, hands or legs or with high risk of recurrence generally chose Mohs surgery, now they have a credible choice. So you explain the risks and benefits of the procedure and let them make their decision.”

Disclosures: Dr. Bhatnagar is a consultant and principal investigator for iCAD and has received research funding from the company. Dr. Nestor is a consultant and advisory board member for Sensus Healthcare and has received research grants from the company. Drs. Baron, Werschler and Mariwalla use the Xoft system but report no financial interests in iCAD.