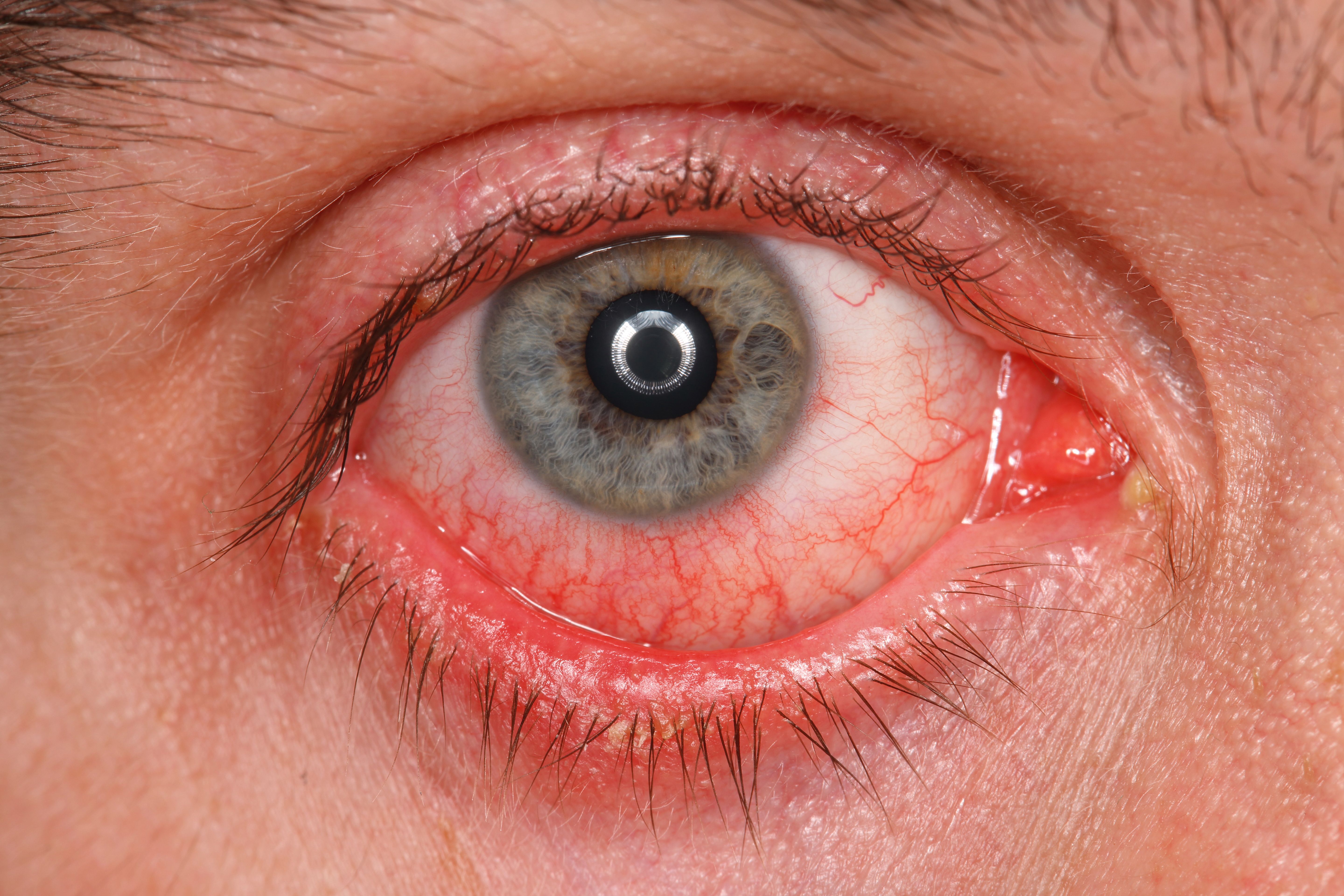 A 49-year-old white male with a long history of severe atopic dermatitis who developed cicatrizing blepharoconjunctivitis during dupilumab treatment had his ocular condition resolved by a combination of a reduced dose frequency and corticosteroid eyedrops.

The authors of the case study, which was published online October 17 in JAMA Dermatology, propose an algorithm that advocates collaboration between dermatologist and ophthalmologist in moderate to severe cases of conjunctivitis.

“Conjunctivitis is the most significant adverse event associated with dupilumab in patients with atopic dermatitis, occurring in up to 20 percent of patients who use the medicine. Hence, we have a side effect that we need to know how to manage because this medicine is literally life-changing and there are few other treatment options,” wrote author Brett King, M.D., Ph.D., Yale University School of Medicine.

The patient had tried numerous therapies over the past 30 years for eczema without much success.

“But dupilumab changed his life,” Dr. King said in an interview. “It took away his itch and made his rash dramatically better. Even after he was diagnosed with scarring conjunctivitis, the patient told me he did not want to stop the medicine because he had not felt this good in his whole life.”

The algorithm was used on the patient between the summer and fall of 2017 at the dermatology clinic of the VA Connecticut Health System in West Haven.

The patient presented 14 weeks after starting dupilumab, 300 mg every two weeks, stating that his eyes had become irritated after about eight weeks of treatment and that the irritation had worsened since then.

Although physical examination showed nearly complete resolution of his widespread dermatitis, there was eyelid swelling, conjunctival injection and madarosis.

The first step of the proposed algorithm is to recognize that conjunctivitis is a potential adverse effect of dupilumab. “This is important because in dermatology we are not really accustomed to thinking about conjunctivitis as being a complication of any of the medications that we dispense. Ask your patients about conjunctivitis because they may not think to tell you that their eyes are itchy or red since starting dupilumab,” Dr. King said.

If the conjunctivitis is severe enough or causes discomfort or visual disturbance, the physician then needs to decide whether to administer treatment alone or co-manage with an ophthalmologist.

“My preference is to partner with an ophthalmologist while decreasing the frequency of administration of dupilumab. Normally, the drug is administered once every two weeks. But think about spacing that out to once every four weeks or even longer,” Dr. King said.

A steroid eyedrop should be considered in conjunction with the revised dupilumab regimen, which the ophthalmologist can manage.

By using the decreased dupilumab schedule and steroid eyedrops, the patient’s conjunctivitis was successfully managed, and eczema remained under good control.

“Depending on the severity of the conjunctivitis, I would expect improvement over the course of four to eight weeks, and resolution over eight to 16 weeks,” says Dr. King, who has achieved similar results in a subsequent patient. “By following this protocol I believe other patients will do well too. This patient truly had profound conjunctivitis. I was grateful that we were able to manage his condition with two very simple measures.”

At last follow-up, the patient’s ocular examination revealed only residual papillary reaction on the tarsal conjunctival surfaces and normal intraocular pressure. “He also continues to enjoy nearly complete resolution of pruritus and dermatitis,” he said.

Dexamethasone, 0.1 percent, drops continue to be used about once weekly for occasional eye irritation.
One obvious limitation of the study is that it was limited to a single patient. “However, as time goes by, we will learn more about why conjunctivitis is a frequent side effect of dupilumab, which may help us to understand how to better manage it,” Dr. King said.

In contrast, dupilumab for asthma, which was FDA approved in Octobe, is only rarely associated with conjunctivitis. “Therefore, this adverse event is very much a function of this medicine in the specific disease of atopic dermatitis,” Dr. King said.