In the future, atopic dermatitis (AD) may need to be targeted with different drugs and tailored for different AD populations, particularly if initial treatment targeting all phenotypes fails, says Emma Guttman-Yassky, M.D., Ph.D. 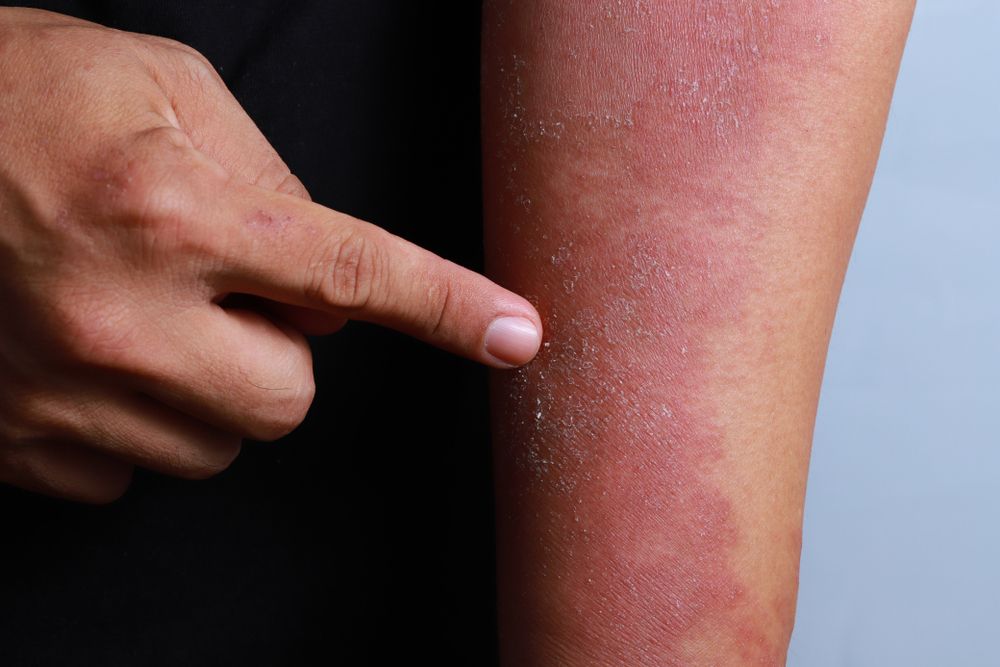 &quot;So in the future, atopic dermatitis may need to be targeted with different drugs that will be tailored for these populations, particularly if initial treatment targeting all phenotypes fails,&quot; says Emma Guttman-Yassky, M.D., Ph.D. (&copy;TYLimShutterstock.com)

Knowledge gleaned over the past decade about the pathogenesis of atopic dermatitis (AD) is steering drug development toward increasingly specific targets.

Over the past 10 years, said Emma Guttman-Yassky, M.D., Ph.D., at the American Academy of Dermatology Annual Meeting, a plethora of studies enlarging dermatologists' knowledge of AD pathogenesis has driven development of new treatments that will benefit all patients with AD.1 She is Sol and Clara Kest Professor and vice chair, Department of Dermatology, Icahn School of Medicine at Mount Sinai, and president of the International Eczema Council.

However, Dr. Guttman added, emerging studies also show differences between AD phenotypes in different AD populations - such as African Americans, Asians, European Americans, children and the elderly. "So in the future, atopic dermatitis may need to be targeted with different drugs that will be tailored for these populations, particularly if initial treatment targeting all phenotypes fails."

All AD phenotypes share activation of the T-helper cell 2 (Th2) pathway, which is targeted by drugs including dupilumab and interleukin (IL)-13 blockers, she said. "But some of these pathways also have Th22, and maybe Th17, activation. So we may have to think a little outside the box." In the future, she said, dermatologists may need to employ multiple cytokine antagonists to address the multiple pathways active in some AD phenotypes.

"It's not like psoriasis." Its pathogenesis focuses heavily on Th17 and IL-23, she explained. Because Dr. Guttman began her research into AD pathogenesis while working in a psoriasis lab, she and colleagues initially compared the two diseases through molecular and cellular methods. "We saw that atopic dermatitis has increases in epidermal hyperplasia, very similar to psoriasis. And T cells are increased in both diseases. But they show different polarization, so the cytokines produced by these T cells are different." Still, she said, it became clear that both psoriasis and AD are immune-driven.

Increasingly, she added, studies show that patients with AD also have increased inflammatory markers in their blood. "There are also some population-based studies that showed increases in hypertension and other cardiovascular associations in patients with atopic dermatitis. The idea is that atopic dermatitis emerges as a systemic disease."

With newer IL-17 blockers, many patients achieve Psoriasis Area and Severity Index (PASI) 90 or even PASI 100. "In atopic dermatitis, we're not there yet. Partly it's because the disease is much more heterogeneous. And it's not clear now if we can target the disease in full using just one cytokine or receptor antagonist." To achieve 100 percent responses for virtually all patients, she said, physicians may need to adopt personalized medicine approaches to treat the various AD phenotypes.

Debating whether AD begins with barrier abnormalities or immune abnormalities is futile, said Dr. Guttman. Whichever is the case, she explained, immune abnormalities ultimately amplify the disease toward chronicity. Cytokines that warrant targeting are those that have effects on the epidermis, such as IL-4 and IL-13, which inhibit barrier proteins and antimicrobial activities, she said, and IL-22, which creates hyperplasia, among others. Such an approach is proving effective, Dr. Guttman said, as new biologic and small-molecule drugs target specific cytokines involved in AD.

The success of dupilumab against AD represents final proof of the immune hypothesis, Dr. Guttman added. "We target the disease specifically with a drug that targets only the IL-4 receptor. So by targeting specifically the Th2 pathway, not only do we improve the clinical disease, but we also improve the immune abnormalities and the barrier."2 These findings establish the Th2 axis and the IL-4 and IL-13 cytokines as pathogenic in AD, cementing the disease as a reversible, immune-driven disease like psoriasis, she said.
In a 60-patient study of the IL-22 monoclonal antibody ILV-094 (fezakinumab, Pfizer), actively treated patients experienced an average 12.4 percent reduction in body surface area involvement at week 12, versus 6.2 percent for placebo (p=0.009). SCORAD declines met statistical significance among patients with severe AD at baseline (21.6 versus 9.6, p=0.029).3

Dr. Guttman and colleagues subsequently advanced the proposition that IL-22 and Th22, which produces it, may have a pathogenic effect in AD. "We showed that in half of the patients treated in the study - the patients who had increased IL-22 compared to the other patients - the drug reduced the disease quite well."4 At week 12, patients in the high IL-22 cohort experienced mean transcriptome improvement of 139.4 percent, versus 49.9 percent for placebo. Conversely, patients with low baseline levels of IL-22 expression did not respond. "This is what I consider to be the first example of personalized medicine in atopic dermatitis, and maybe in dermatology generally. It's the first example I'm aware of in inflammatory skin diseases."