Jack Resneck Jr., M.D., defines a healthcare exchange as a tool, usually a website, that individuals or small businesses (which the Affordable Care Act/ACA defines as having fewer than 50 employees) use to choose a healthcare plan. Dr. Resneck is associate professor and vice chairman of dermatology, Philip R. Lee Institute for Health Policy Studies, University of California, San Francisco, School of Medicine, and a member of the American Academy of Dermatology (AAD) board of directors. 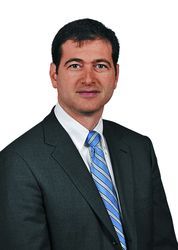 Dr. ResneckAlthough only some dermatologists currently participate in healthcare exchange plans, he says, “What’s happening in the exchange plans will be spreading to other commercial insurance products, not at the government’s behest, but due to insurers’ desires."

As of mid-April, 8 million Americans have signed up for state and federally run private insurance exchanges, published accounts say. Generally, Dr. Resneck adds, most Americans chose the lower premium Bronze or Silver level plans, which cover the same services as Gold plans but include higher deductibles and copays.

“But while these higher deductible plans may be right for many patients, they don’t always realize what they are buying,” he says. “They sometimes think they have first-dollar healthcare insurance. Then they come to your office, have a visit or biopsy, and have to pay 100 percent of your negotiated rates with their insurer until they hit that high deductible. Who’s going to be the first to absorb that frustration after they get that bill? Often it’s you and your office staff.”’

Other exchange elements proving troublesome for dermatologists include narrow networks and their ramifications, Dr. Resneck says.

For starters, he explains, few dermatologists have joined exchanges at the sharply discounted payment rates offered by insurers. Therefore, some insurers are using contractual “all products” clauses to boost their networks.

A few all-products clauses allow insurers to sign physicians up for any future insurance plans at lower rates, Dr. Resneck says. In other cases, he says, an insurer may require a non-exchange physician with whom the company has an existing contract to see exchange patients - but at the higher rate established by the existing contract.

“You must watch carefully, though, and make sure they’re actually paying you that rate,” he says.

To date, Dr. Resneck says that to keep premiums low, insurers are beginning to staff their exchange plans with doctors who have lower paying contracts and whom the insurers judge to use fewer resources on each patient. This often happens without regard to the sickness of each doctor’s patients or the quality of care provided, which insurers aren’t yet able to reliably account for, he says. Experts expected such narrow networks in the exchange plans. But some insurers have already begun to take that same approach with Medicare Advantage (MA) plans as well.

“In the last several months, we’ve seen some insurers start sending letters to selected dermatologists in their MA plans, often the Mohs surgeons,” firing these physicians for being high-cost providers, Dr. Resneck says.

“And we know that they’re doing that based not on any sort of value measure that compares your costs versus the quality of care you provide - insurers tell us they can’t do that right now. It’s usually purely based on cost,” he says.

Next: Including quality, patient mix into measures of value

Insurers are asking specialty societies to help provide better measures of value that take quality and patient mix into account.

“The risk of our not providing this in a way we design ourselves is that other people are going to collect the data,” Dr. Resneck says. Presently, other people are filling in the blanks using claims data, which cannot assess the value a physician adds versus his or her costs.

“Insurers want us to identify how we want to be judged and measured. And we’d rather do it, than have them do it. We are going to have to provide data to prove that the things we do add value,” individually and as a specialty.

Dr. Resneck says he is confident that dermatologists are perspicacious and proactive enough to figure out how to thrive in this changing environment.

“If we put our heads in the sand, however, there’s a huge risk to the specialty of being marginalized,” he says. 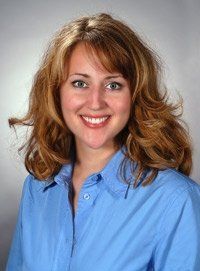 Dr. VanBeekRegarding ACOs, says Marta VanBeek, M.D., M.P.H., “The bad news is that they’re not going away. The good news is that ACOs are a major improvement over health maintenance organizations (HMOs), and they’re not necessarily bad for dermatology.” She is Mohs fellowship director and clinical associate professor of dermatology, University of Iowa Carver College of Medicine, Iowa City.

An ACO is a combination of many medical providers under a virtual financial umbrella, usually using the same electronic medical record, Dr. VanBeek says. In a Medicare ACO providers are paid on a fee-for-service basis throughout the year. At year’s end the ACO calculates whether total payments exceeded or fell short of the Medicare benchmark and whether a practice met quality metrics.

Within this framework, she says, ACO patients can go directly to dermatologists unaffiliated with the ACO, or ACOs can refer their patients to dermatologists. Given the pressure on primary care practices running ACOs to reduce costs, “If you’re a dermatologist who provides timely, efficient and high-quality care for a lower cost, you will get many referrals from the ACO,” she says.

“ACOs want dermatologists because we typically have very high patient satisfaction levels. Presumably, we also can provide much more cost-efficient care, in a shorter amount of time, than primary care physicians because we are trained to be quicker diagnosticians of skin problems,” Dr. VanBeek adds.

Nevertheless, “The problem with ACOs is that every year, the benchmark is lowered, by either the private payer or Medicare. There’s only so much juice you can squeeze out of the lemon” before care rationing begins. “We need to be standing up for our patients to make sure that doesn’t happen.”

Over the past 12 years, the average annual premium to cover a family of four has risen from $6,000 to $16,000, Dr. VanBeek says. Many stakeholders, Republican and Democrat, believe that the fee-for-service system is driving these costs, she says. In fee-for-service, “Everybody’s in their own silo.” Hospitals, primary care physicians, specialists and labs all get paid separately.

As such, fee-for-service opponents say that this model focuses on prices paid by individuals, not overall costs. If a dermatologist freezes a Medicare patient’s 15 actinic keratoses (AKs) in the office, Dr. VanBeek says, “The price to that Medicare patient is often zero. But the cost of that treatment to society is much larger. If you would treat those 15 AKs with a generic topical product, the price to the patient rises dramatically, but the cost to society is much lower.”

Either way, she says, the cost of medical care is attributed to someone (an individual patient) or something (society via Medicare or a private payer).

“Physicians are used to being concerned with the cost to the patient. Now we need to be cognizant of the entire societal cost,” Dr. VanBeek says.

The notion of replacing fee-for-service, however, is “distressing for all of medicine,” she says. “For decades, we have thought about medical care in distinct units of utilizations, visits, biopsies and surgeries. Suddenly, we’re being asked to look at what we spend on entire populations. This is a paradigm shift in the way we deliver and think about care.

“You cannot phase out fee-for-service with an alternative payment model if you don’t also require quality measures,” she says.

The healthcare rationing and poor outcomes of the HMO model stemmed from just such an oversight, Dr. VanBeek says.

But the quality requirements written into the ACA mean that “not only do you have to save money, but you have to prove that your patients do well” by meeting the metrics, she says.

Another concern regarding ACOs is how they will divide savings. For 2012, Dr. VanBeek says, physician-led ACOs - the most common type - saved the most. But among 114 Medicare shared savings programs, she says, only 29 saved enough money to share with providers or participating institutions. Versus non-ACO beneficiaries, “Pioneer ACOs demonstrated much smaller growth in healthcare spending - 13 of 32 achieved savings of $87.6 million in 2012,” she says.

“Nobody knows,” Dr. VanBeek says. It is likely ACO managers will prioritize healthcare infrastructure, hospitals/pharmacies and primary care providers, and unlikely that dermatologists will get a taste.

Probably, “You will be paid by fee-for-service throughout the duration of your participation,” she says. ACOs’ main effect on dermatology practices will come through referral patterns, whether they’re in an ACO or not.

Although there are still unknowns about the ultimate impact of ACOs, Dr. Van Beek is confident that dermatologists can thrive under the new paradigm.

“If we remain engaged and informed, we can better preserve the patient-physician relationship and protect the specialty we all love,” she says.