The potential risk of psoriatic arthritis in patients with psoriasis is high. Learn how to ask them about symptoms and discuss treatment options. 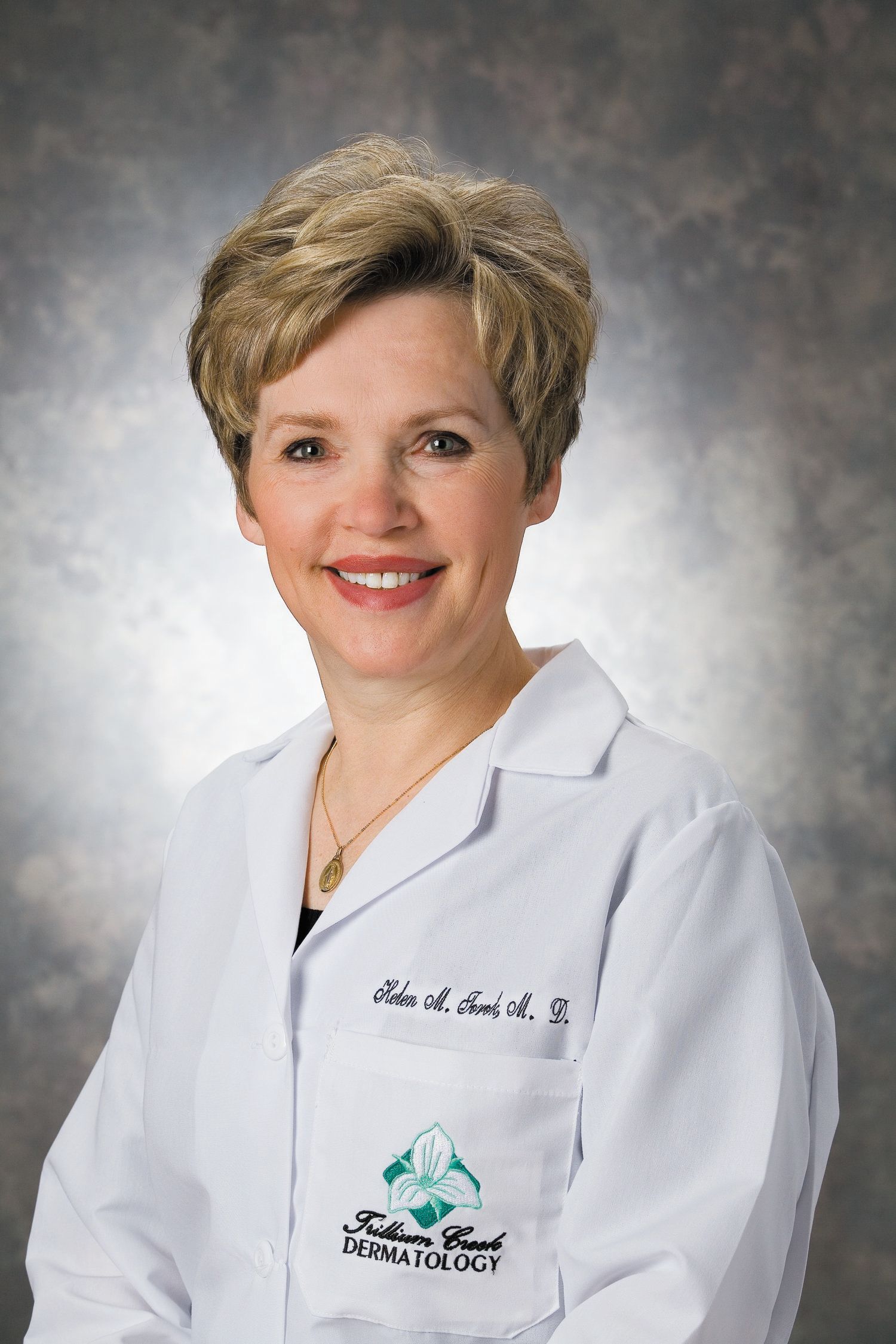 Psoriatic arthritis prevalence in people with psoriasis varies between 2 to 26 percent, according to data from large epidemiological studies. Still other studies have reported up to 48 percent of patients with psoriasis have joint manifestations, according to an article in the March-April 2013 Brazilian Annals of Dermatology by Azevedo VF and Buiar PG. [i]

The potential risk of psoriatic arthritis should prompt dermatologists to look at psoriasis as more than a skin disease, according to Helen M. Torok, M.D., medical director, Trillium Creek Dermatology and Surgery, Medina, Ohio.

“There are still dermatologists who neglect to query patients a little deeper in terms of signs and symptoms associated with psoriasis, specifically arthritis. I’ve seen patients who have been treated and their arthritis is terrible,” Dr. Torok said. “To me, that is worse than their psoriasis because of the degenerative changes. The horrific changes and destruction of the joints that occurs from psoriatic arthritis should not occur today-not with the drugs we have on the market.” 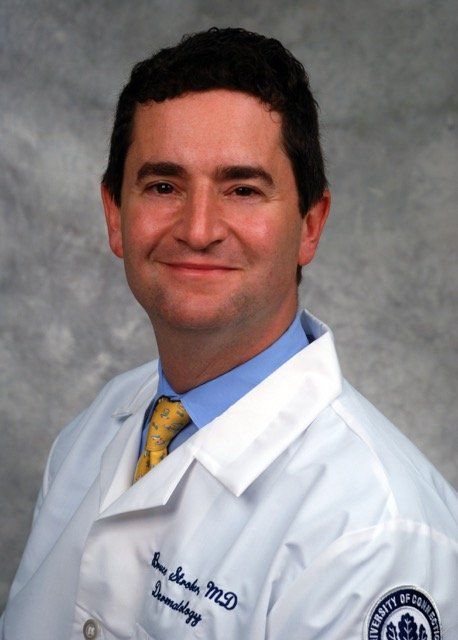 Bruce Strober, M.D., Ph.D., associate professor and interim chair of dermatology at the University of Connecticut School of Medicine.The options, according to Dr. Torok, range from tumor necrosis factor-alpha (TNF-alpha) blockers, to Interleukin 12/23 inhibitors, and, now, Interleukin 17A drugs.

“All work on arthritis and psoriasis,” she said.

The biologic therapies differentially show efficacy for psoriatic arthritis, with TNF inhibitors being the gold standard, according to Bruce Strober, M.D., Ph.D., associate professor and interim chair of dermatology at the University of Connecticut School of Medicine.

“Ustekinumab (an IL-12/23 inhibitor) has FDA-approval for the control of signs and symptoms of psoriatic arthritis, but is widely regarded as less consistently effective relative to the TNF inhibitors. The ability of IL-17 inhibitors to reach the level of efficacy of the TNF inhibitors is also undetermined, though early data suggest these drugs might have a place,” Dr. Strober said.

IL 17A medications are among the drug classes that seem to help patients with psoriasis and psoriatic arthritis.  Eli Lilly and Company announced in April that its investigational drug ixekizumab was superior to placebo in psoriatic arthritis treatment.[ii]

“Ixekizumab will be the second IL 17 inhibitor to hit the market. Secukinumab, which is Novartis’s drug, was just FDA approved [for the treatment of moderate-to-severe plaque psoriasis],” said Dr. Torok. “IL-17 represents a whole class by itself, which we have not had yet. We’ve had IL12/23s, but we have not had an IL-17 inhibitor.”

In a Phase 3 randomized study looking the effect of ixekizumab compared with placebo in patients with active psoriatic arthritis and were naïve to biologic disease-modifying antirheumatic drugs, researchers treated ixekizumab patients with a subcutaneous starting dose of 160 mg, followed by either 80 mg once every two weeks or 80 mg once every four weeks.[iii] Adalimumab at the approved subcutaneously-administered dose of 40 mg, followed by a regimen of every other week, was the active control for comparison with placebo.

Ixekizumab patients in both dosing regimens demonstrated significant improvements versus placebo, as determined by the American College of Rheumatology ACR 20, a standard assessment indicating a 20 percent reduction in disease signs and symptoms. 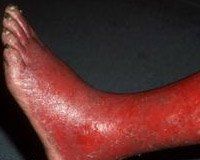 In August 2014, the drug maker announced Ixekizumab, which is also in development for the treatment of moderate-to-severe plaque psoriasis, was superior to etanercept and placebo on all skin clearance measures in psoriasis studies.[iv] Up to 41 percent of subjects treated with ixekizumab achieved clear skin at week 12, with one injection per dose.

The news is based on three studies enrolling patients who had been diagnosed with chronic plaque psoriasis for six months or more prior to study randomization. The UNCOVER-1 study compared the safety and efficacy of different dosing regimens of ixekizumab to placebo after 12 weeks and 60 weeks of treatment. Subjects in the ixekizumab group received a starting dose of 160 mg, then 80 mg every two or four weeks. In active comparator studies UNCOVER-2 and -3, patients could be assigned to receive etanercept 50 mg twice weekly for 12 weeks. In UNCOVER-1, responders to treatment were assigned to continue treatment on either placebo or ixekizumab (80 mg every 4 or 12 weeks) for up to 60 weeks, according to Eli Lilly.

Other findings include: From 78 to 90 percent of subjects treated with ixekizumab either every four weeks or every two weeks achieved at least a 75 percent reduction in Psoriasis Area Severity Index score (PASI 75) at 12 weeks. While nearly a third to about 40 percent of those achieved a PASI 100 at week 12, between 5 to 7 percent of patients treated with etanercept in the UNCOVER-2 and 3 studies achieved PASI 100.

Ixekizumab seems to work quickly. Researchers noted improvements in skin clearance measures for patients treated with ixekizumab in the first week. And, in the UNCOVER-1 study, subjects maintained high levels of response through 60 weeks.

The most frequently reported adverse events (more than five percent across all three studies) were nasopharyngitis and injection site reaction, according to Eli Lilly.

NEXT: Where do IL-17A medications fit in? 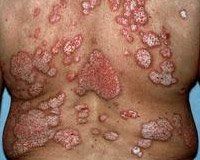 Where do IL-17A medications fit in?

For psoriasis treatment, IL-17 inhibitors initially will fall behind use of TNF inhibitors and ustekinumab, according to Dr. Strober.

“But their high efficacy will possibly allow the IL-17 inhibitors valid first-line use in patients with moderate-to-severe psoriasis. Patients with concomitant psoriatic arthritis should receive TNF inhibitors as first line drugs (with or without methotrexate), regardless of skin disease severity,” Dr. Strober said.

Psoriasis is a multi-factored disease, according to Dr. Torok. Some patients only respond to TNF inhibitors; others respond only to IL12-23 inhibitors. Still others have failed both and need another option, the dermatologist said.

“I give my patients hope and say, ‘You know what? Nothing has worked for you yet, but now we have the IL17 inhibitors, and this will probably be the pathway that clears your psoriasis,’” she said.

In other cases, patients build antibodies to the biologics they’re taking and need something new to treat their disease.

“You will get antibodies to some of these drugs-especially infliximab. You lose efficacy,” Dr. Torok said.

Dr. Torok said she is excited about the latest findings on Ixekizumab.

“I believe the IL-17 inhibitors show excellent promise with unparalleled efficacy and, so far, a relatively ‘quiet’ safety profile,” he said.

Dermatologists treating psoriasis patients should ask how much psoriasis bothers them. The degree of discomfort from psoriasis isn’t necessarily tied to body surface area. The effected body parts that seem to bother patients the most are hands and feet, according to Dr. Torok.

“Hands and feet are about 4 percent total [of one’s body surface area]; yet, the hands and feet are the most debilitating to patients because they can’t work and they can’t walk,” she said. “You have to get aggressive with these patients. That’s when you go to one of your biologic agents.”

Dr. Strober, however, said he believes drugs such as methotrexate, apremilast, acitretin and UV phototherapy should be tried in patients with severe hand and foot psoriasis.

“In many instances, these approaches are first line,” he said.

READ: Psoriasis in skin of color

The American Academy of Dermatology recommends that biologic agents be considered a first-line of therapy for psoriasis that covers more than 10 or 15 percent of the body, according to Dr. Torok.

“Methotrexate is and should remain a viable first-line drug for moderate-to-severe psoriasis. In fact, many payors require this. Methotrexate also reduces immunogenicity of the biologics and its combination with biologics is often very helpful in terms of increasing and perpetuating clinical response. It also helps many patients with psoriatic arthritis,” he said.

One thing seems quite clear: Biologic options keep growing. In addition to the IL 17A in the pipeline, there is an investigational IL-23 and a Janus kinase (JAK) inhibitor, Dr. Torok said.

“There’s so much excitement, promise and hope in the future with these agents,” she said.

Dr. Strober is an investigator for AbbVie , Amgen, Novartis, Lilly, Janssen, Merck, XenoPort. He is on the speaker’s bureau for AbbVie. And he is a consultant or is on the advisory board for AbbVie, Amgen, Celgene, Dermira, Forward Pharma, Janssen, Leo and Eli Lilly.

[i] Azevedo VF, Buiar PG. Risk factors and predictors of psoriatic arthritis in patients with psoriasis. An Bras Dermatol. 2013;88(2):233-6.