Accruing and forthcoming data are being looked to for guidance on the best strategies for implementing these treatments. As valued members of the multidisciplinary care team for patients with metastatic melanoma, dermatologists should keep informed about these topics.

Dermatologists should be aware that there are multiple treatment options available now for patients with metastatic melanoma that have significantly improved patient outcomes. Although ongoing clinical trials are aiming to answer a number of important questions to better define optimal approaches to treatment, the key message today remains that thanks to the development of targeted and immune therapies, stage IV malignant melanoma is now a treatable disease, says Michael B. Atkins, MD, Deputy Director, Georgetown-Lombardi Comprehensive Cancer Center, Washington, DC.

In interviews with Dermatology Times, Dr. Atkins, Jeffrey S. Weber, M.D., Ph.D., and Frances Collichio, M.D., provided an update on the efficacy and safety of targeted and immune therapies for metastatic melanoma.

Regarding outcomes, recent data indicate that ipilimumab has a three-year survival rate of around 22% that persists with follow-up to five years. 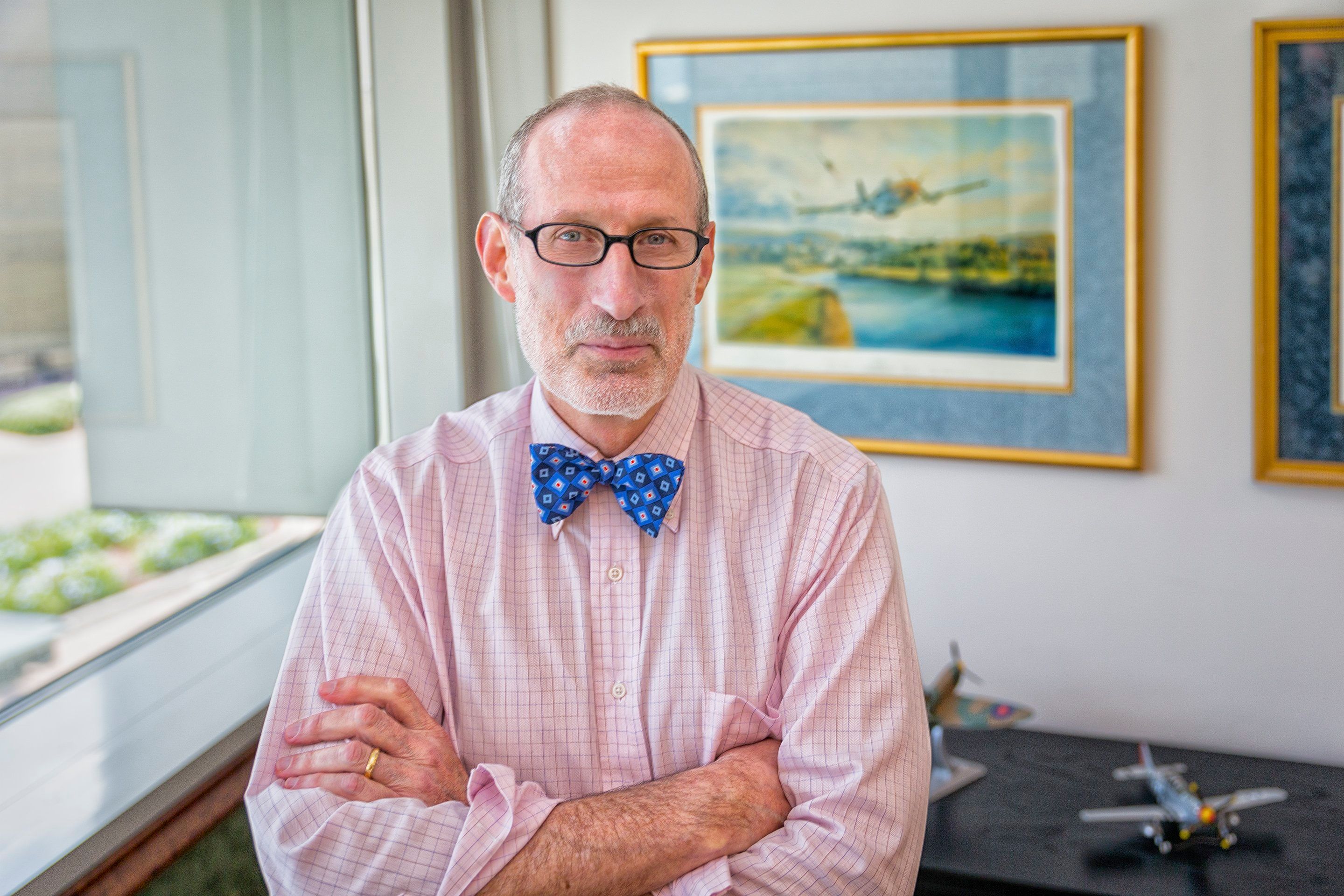 Jeffrey S. Weber, M.D., Ph.D.“The survival rate with ipilimumab is a solid 10% better than what would be expected if patients were treated with chemotherapy or nothing,” says Dr. Weber, senior member, Moffitt Cancer Center, and Director, Donald A. Adam Comprehensive Melanoma Center, Tampa, FL.

As second-line treatment among patients who failed ipilimumab, nivolumab appears to be associated with better outcomes than pembrolizumab. Response rates with nivolumab appear to be in the low 30% range compared with the low 20% range for pembrolizumab. Median survival is about 20 months for patients treated with pembrolizumab after failing ipilimumab. While median survival is not yet available from clinical trials evaluating nivolumab as second-line therapy, Dr. Weber says that his experience suggests it also appears to be about 20 months.

Dr. Atkins noted, however, “Without a head to head comparison, it is difficult to determine if the perceived efficacy differences between pembrolizumab and nivolumab in patients with disease progression are real or a result of trial design and/or patient features.”

Combination immunotherapy for initial treatment has also been explored, and data from a phase 2 randomized study enrolling 130 patients showed the combination of ipilimumab and nivolumab was associated with superior response rate and progression-free survival compared with ipilimumab alone. Augmenting that finding, outcomes from a larger, three-arm, phase 3 trial including more than 900 patients showed that response rates and progression-free survival were clearly better for patients who received ipilimumab plus nivolumab as front-line therapy compared to groups treated with either immunotherapy agent alone.

“The combination, however, was also associated with significant toxicity – about 55% of patients who received both drugs had Grade 3 or 4 immune-related adverse events. Nonetheless, the superior response rate and progression-free survival associated with the combination of nivolumab and ipilimumab suggest it should be preferred over monotherapy with either agent alone in properly selected patients,” Dr. Weber says.

Further study is needed to develop an algorithm for choosing treatments in patients with metastatic melanoma. Available data suggest that BRAF/MEK inhibition is as effective in patients who received prior immune therapy as in those who are treatment naïve, and evidence is now emerging, although not yet mature, indicating that responses to anti-PD-1 therapy with nivolumab or pembrolizumab are almost as frequent in patients treated previously with a BRAF inhibitor as in those who are treatment-naïve. In addition, it appears that the efficacy of the immune therapy approaches is not affected by BRAF status. 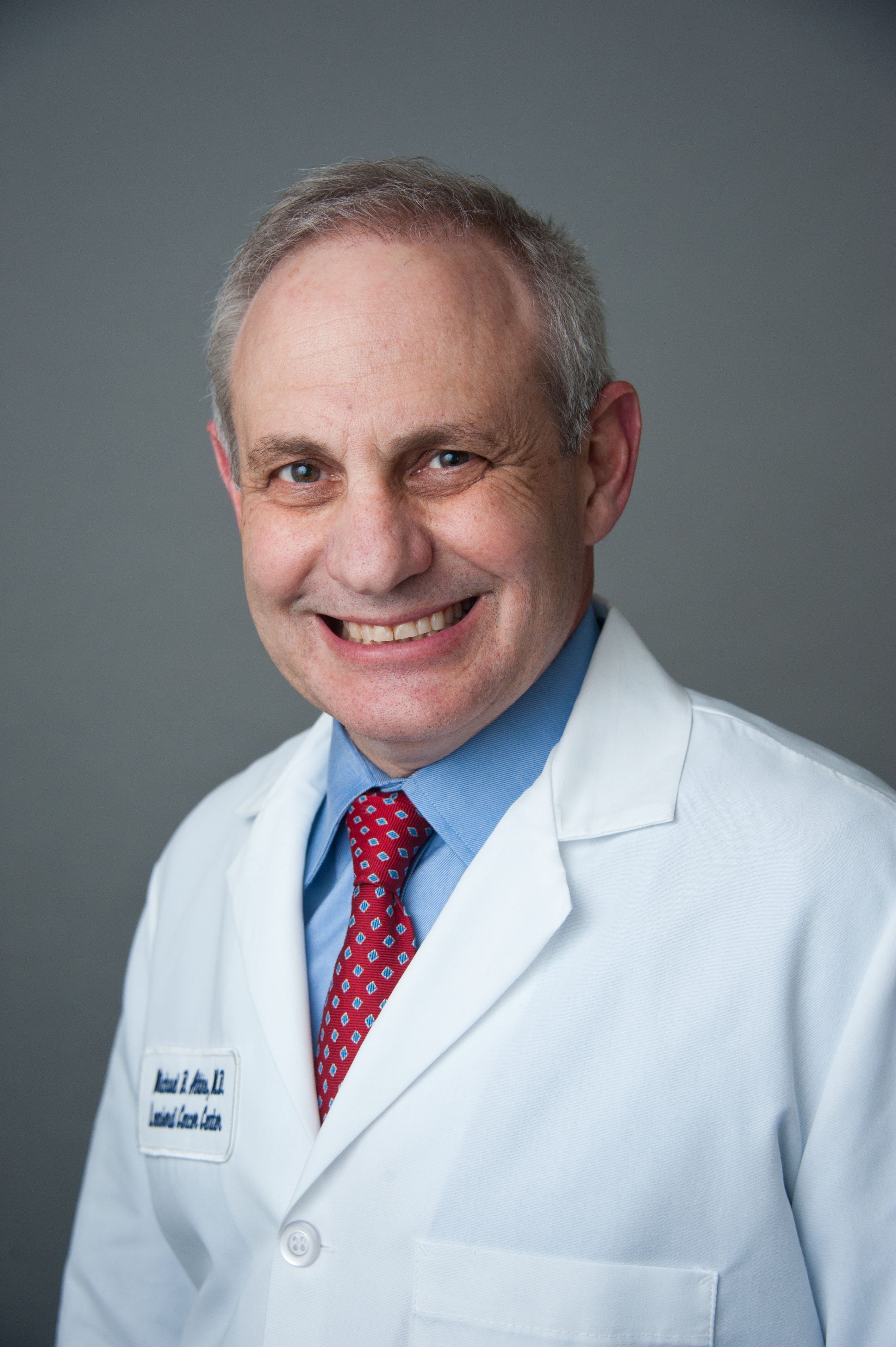 Michael B. Atkins, MD“Overall, immune therapy seems to be most effective in eliminating disease and getting patients to a point of treatment-free survival where they can stop treatment. On the other hand, the immune therapies are associated with more toxicity, which is mostly immune related side effects that can be severe,” Dr. Atkins says.

“Whether the sequence in which patients receive immune therapy and molecularly targeted therapy affects treatment-related toxicity is not known. In theory, however, the toxicity of BRAF/MEK inhibitor therapy may be worse if it is given after immune therapy, considering that a persisting activated immune system may exacerbate the otherwise limited organ toxicity that can occur with BRAF inhibitor therapy.”

Another hypothetical argument against initiating treatment with BRAF/MEK inhibitor therapy posits that patients who fail that approach may have such rapidly progressing disease that there may not be an adequate window of opportunity for efficacy of immune therapy, says Dr. Atkins.

In order to better understand the relative efficacy and tolerability of immune versus molecularly-targeted therapy as initial treatment, the ECOG-ACRIN research group in conjunction with SWOG and the National Cancer Institute is undertaking a randomized trial comparing the two approaches.

Eligible patients with stage III/IV melanoma and a BRAFV600 mutation will be assigned to initial treatment with ipilimumab + nivolumab followed by dabrafenib + trametinib or the converse sequence. Dr. Atkins is the principal investigator of the Phase 3 study that has a planned enrollment of 300 participants and was launched in mid-July (https://clinicaltrials.gov/ct2/show/NCT02224781).

NEXT: Deciding between immune or molecularly targeted therapy

Presently, when deciding between immune and molecularly targeted therapy for patients with advanced melanoma, Dr. Weber says he first considers whether the patient has aggressive, rapidly growing disease with a high LDH and tumor burden. In that situation and if the patient has a BRAF mutation, he initiates treatment with molecularly targeted therapy and using a BRAF/MEK inhibitor combination.

“Results from at least 3 randomized trials published in 2015 clearly show that the combination is superior to treatment with a BRAF agent alone,” says Dr. Weber.

Patients with aggressive disease with BRAF wild-type melanoma are candidates for treatment with the combination of ipilimumab and nivolumab, although currently that option is available only if patients can be enrolled into the expanded access protocol.

Fortunately, however, about 70% to 80% of patients with advanced melanoma have a more indolent form of disease. For those individuals, regardless of their BRAF status, Dr. Weber believes treatment should be initiated with single agent immunotherapy.

“It seems clear, based on recent data, that BRAF wild-type patients should be started on any anti-PD-1 drug rather than ipilimumab. While consideration may be given to the BRAF/MEK combination in patients with a BRAF mutation, my view is that those with indolent disease are best started on immunotherapy because they will suffer relatively little penalty with that approach,” he explains.

“In other words, it appears that the tumor response rate and overall survival are just as good when these patients receive the combination of a BRAF/MEK inhibitor after immune therapy versus initially. However, immunotherapy does not appear to be as effective in patients who have failed initial treatment with the BRAF/MEK inhibitor.”

Referring to the superior results achieved with the combination of ipilimumab plus nivolumab versus with single agent immune therapy, Dr. Weber noted those data raise the question of whether the combination should be used in the future as front-line therapy for all patients, regardless of BRAF status. He proposed the answer is no and explained, “About 40% of patients with advanced melanoma are PDL-1-positive. They tend to have highly immunogenic tumors with T-cell infiltration and seem to do just as well in terms of progression-free survival but with much less toxicity if they are treated with nivolumab alone compared with the combination.”

“Currently, we really have no treatments that reliably induce remission in patients with metastatic uveal melanoma,” Dr. Weber observes.

NEXT: Partners in care

Although treatment with immune and molecularly targeted therapy for patients with advanced melanoma is directed by medical oncologists, dermatologists continue to be involved in the care of these patients in multiple ways. Dr. Collichio, clinical professor of medicine-oncology, The University of North Carolina at Chapel Hill, noted that at her institution, the medical oncologists work intimately with the dermatologists and rely on them to assist with skin cancer monitoring and management of the host of cutaneous side effects that can develop in patients being treated with the immune and targeted therapies for metastatic melanoma. 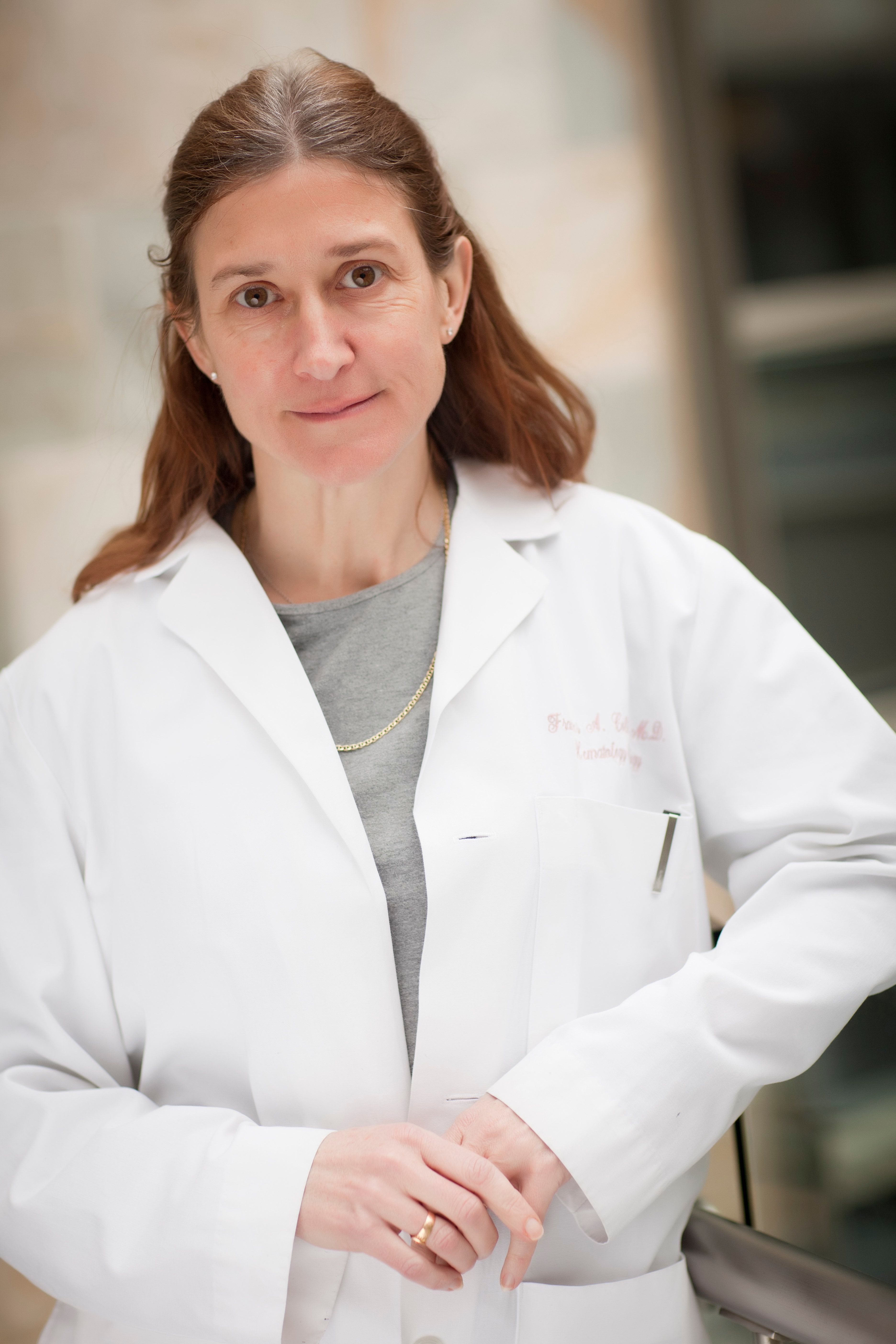 Frances Collichio, M.D.“Some patients with metastatic melanoma are loaded with nevi and need ongoing surveillance for development of new primary tumors. Patients being treated with BRAF inhibitors can develop squamous cell carcinomas (SCCs), premalignant lesions, new primaries and as patients with metastatic melanoma are living longer, they are developing cutaneous recurrences and must be monitored for those events,” she explained.

“In addition, the BRAF inhibitors and immunotherapy agents used to treat metastatic melanoma can cause a variety of dermatologic reactions.”

Dr. Collichio notes that when following patients with metastatic melanoma, dermatologists should be on the lookout for unusual skin findings that may represent a cutaneous metastasis.
“We are seeing these recurrences appearing in a variety of atypical presentations, some of which include subcutaneous nodules or a zoster-like rash,” she says.

She advises that when identifying a concerning skin finding in patients with a history of metastatic melanoma, dermatologists should contact the medical oncologist for guidance on evaluation and care as the approach can vary depending on the clinical situation.

Dermatologic adverse events associated with BRAF inhibition include the development of SCC and preSCC lesions, rash, an acneiform eruption, and red nodules. With the advent of combination BRAF/MEK inhibition, these findings are being seen less often now than previously when patients were treated with a BRAF inhibitor alone. However, patients who develop a bothersome inflammatory rash may be prescribed a topical corticosteroid. Patients with acne-like lesions can be treated with topical clindamycin or another topical antibiotic, says Dr. Collichio.

She notes that some of the red nodules that occur in patients on BRAF inhibitors appear to be  transient.

“When I first saw these lesions, I was concerned that they were a new metastasis. However, the nodules seem to be an inflammatory reaction because they are warm to the touch, and we have found they disappear quickly within just a day or two,” Dr. Collichio says.

Patients treated with ipilimumab, or the anti-PD-1 drugs (pembrolizumab and nivolumab) can develop an eruption due to the presence of T cells in the skin, which Dr. Collichio likens to a poison ivy rash. The rash itself can be subtle, although it can be very pruritic.

“Patients are counseled that the rash is a sign of immune system stimulation, and so they actually look forward to its development,” she says.

Often, the rash is left untreated because of concern that aggressive intervention for this side effect might interfere with therapeutic gain. Besides, the itching is generally only bothersome at night when patients are lying in bed.

“If a patient is very uncomfortable with pruritus, we will prescribe 2.5% hydrocortisone to be applied sparingly and may consider oral corticosteroid treatment in the event of a full-blown rash,” Dr. Collichio says.

READ: Screening labs, complacency, and the ABCDEs of pediatric melanoma

Cutaneous side effects are less frequent with anti-PD-1 drugs, although these patients can also develop a mild rash that would be treated in a similar manner to that used for the immunotherapy-related rash.