Psoriasis and inflammatory bowel disease as one unit 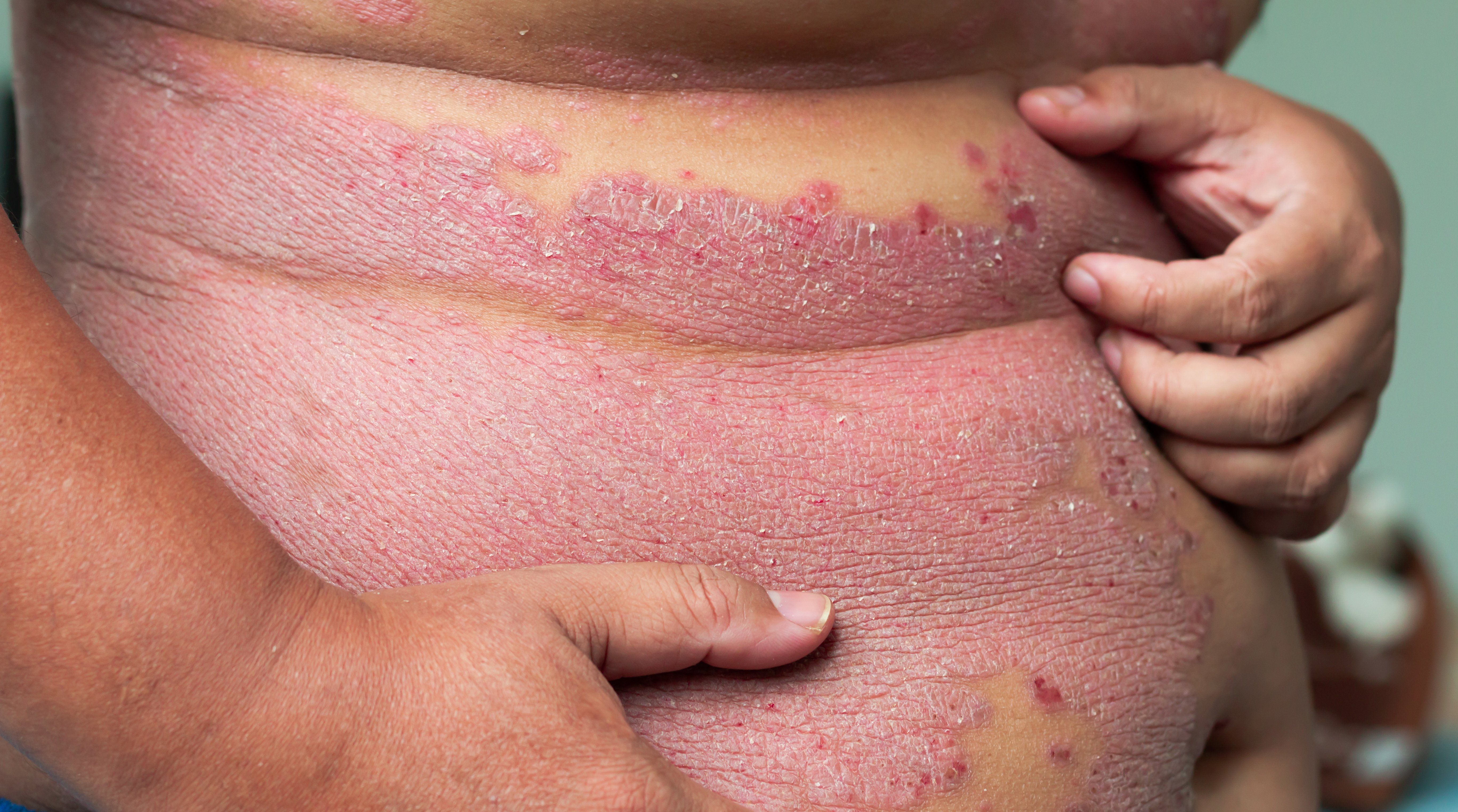 Psoriasis and IBD (ulcerative colitis and Crohn's disease) share pathophysiologic commonalities. They both share genetic susceptibility loci on chromosome 6p21. Interleukin 23 (IL-23) and IL-12 play important roles in the pathogenesis of both psoriasis and IBD. IL-23 causes the downstream differentiation and activation of helper TH17 helper lymphocytes. These helper t cells produce IL17 that plays an important role in both IBD and psoriasis. In psoriasis, IL-17 induces hyperproliferation of keratinocytes, maturation of myeloid dendritic cells, and recruitment of neutrophils and macrophages in psoriatic lesions. In IBD there is also increased expression of IL-17 in both the serum and the gut suggesting it’s importance in the disease pathogenesis.

Another commonality between the skin and gut is that they both have an abundant blood supply and are exposed to microbiota that can stimulate the immune system. Bacteria can affect the physiology and immune response of the epithelium of the skin and gut by regulating biological metabolites. This can lead to immune dysregulation with elevated cytokine levels and the activation and differentiation of T cells.

A meta-analysis published December of 2018 in JAMA Dermatology attempted to examine the association between psoriasis IBD. The researchers led by Dr. Yun Fu, from the department of dermatology in Chang Gung Memorial Hospital in Linkou, Taiwan, performed a systematic review that included observational studies, case-control studies and cross-sectional analyses that previously examined the association of psoriasis and IBD. Five case-control or cross-sectional studies were included as well as four cohort studies. Data were extracted and data from 7,â¯794,â¯087 study participants were included.

This study concluded that psoriasis is associated with IBD, highlighting the importance of better understanding psoriasis and IBD pathophysiology. While they remain distinct clinical syndromes they share multiple pathophysiologic properties. Therefore, physicians should keep a high index of suspicion for IBD in patients with psoriasis with bowel symptoms.