When it comes to successfully diagnosing melanonychia ― a brown or black pigmentation of the nail unit – it is important to examine the nails, look for pigmented lesions, be suspicious of nail melanoma, and biopsy early rather than late. 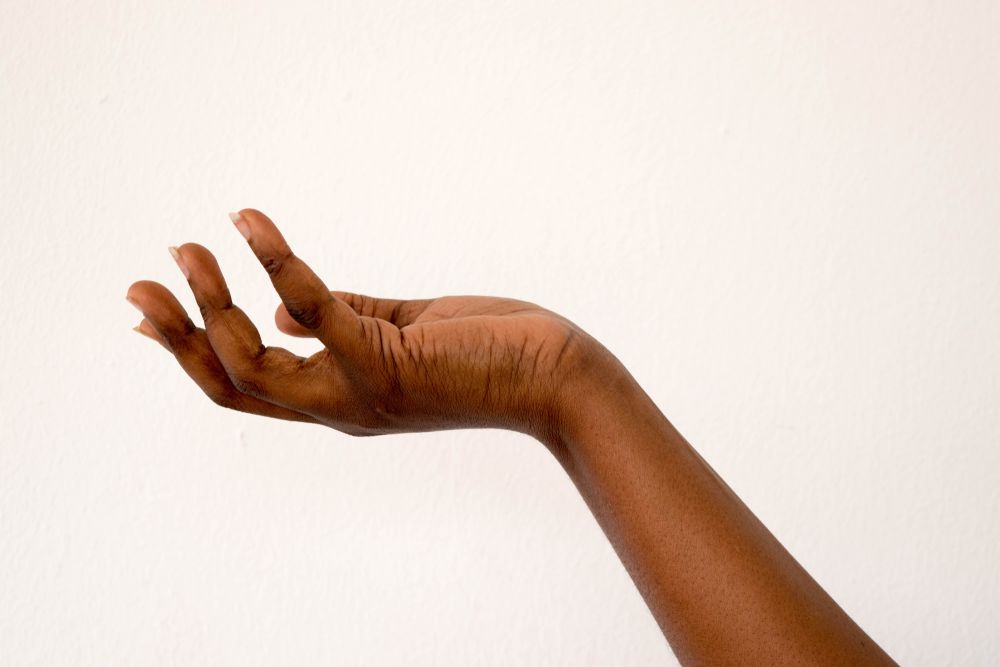 When it comes to successfully diagnosing melanonychia ― a brown or black pigmentation of the nail unit &ndash; it is important to examine the nails, look for pigmented lesions, be suspicious of nail melanoma, and biopsy early rather than late. (&copy;RedConfidential/Shutterstock.com)

When it comes to successfully diagnosing melanonychia â a brown or black pigmentation of the nail unit – it is important to examine the nails, look for pigmented lesions, be suspicious of nail melanoma, and biopsy early rather than late.

At the Atlantic Dermatology Conference in May, Nathaniel Jellinek, M.D., of the University of Massachusetts Medical School in Worchester and Brown University in Providence, shared five teaching points that can make diagnosis of melanonychia easier and more accurate.

LOOK BEYOND THE NAIL

While patients may present with pigmented lesions in the nail, there might be clues elsewhere to indicate that pigmentation is part of a larger picture.

“This might be as straightforward as a medication side effect or as patterned as pigmentation of the oral labial mucosa, general mucosa, ocular mucosa or laugierhunziker syndrome (a patterned freckling syndrome),” Dr. Jellinek said.

In addition, ethnic pigmentation is quite common. “People with darker skin are more likely to have melanonychia as a normal phenomenon,” he said.

There are also a variety of other medical conditions that can be associated with the disease, such as pregnancy, Addison’s disease and even carpal tunnel syndrome.

“People who present with one nail are often concerned about melanoma, but it is important to look at the bigger picture â both medical speaking and on the patients’ body by examining complete skin and mucus and mucosa, because those can often provide clues to the diagnosis,” Dr. Jellinek said.

The invasive modality is more accurate in predicting diagnosis. “However, it is of minimal use as a screening tool because you need to anesthetize and reflect all the nail tissues,” he said.

Noninvasive plate dermatoscopy, on the other hand, can be helpful as a screening tool. “As a general rule, the melanomas that we observe in the nails are pigmented, which represents about 70 percent of nail melanomas overall,” Dr. Jellinek said

Melanomas associated with melanonychia have a brown background of the pigmented bands and irregular brown lines, either in spacing, width, diameter or parallelism.

“With noninvasive dermatoscopy, it is very simple and quick to look at the nail plate and observe the background, whether it is gray or brown. You can also look at the features of the lines – how many colors, the width, diameter, parallelism and even pigment dropout,” he said.

A special clue for melanonychia that can be seen with the noninvasive technique is the micro-Hutchinson sign, which refers to pigment that is implicated in the periungual tissues, usually the cuticle/proximal nail fold. “This may involve the lateral nail fold or the hyponechium, which is pigment not easily visualized with the naked eye. If detected, though, this pigment tends to be a more worrisome sign for melanoma,” he said.

Still, there are many examples where noninvasive dermatoscopy indicates a brown background and some irregular brown lines. “In my experience, those are not specific for melanoma,” Dr. Jellinek said.

In his presentation, Dr. Jellinek shared slides of overlapping lesions, some of which were melanomas, while others were a nevus or a lentigo. “There is a lot of overlap with benign findings, so noninvasive dermatoscopy is not as specific as we would like,” he said.

KNOW WHEN YOU DON’T KNOW

Despite being able to accurately identify melanoma in many patients, a broad range of people cannot be definitively diagnosed clinically.

“Even for someone like myself, who is experienced with nail disease, there is some point in that spectrum I know I do not know what the diagnosis is, based on clinical exam alone. In fact, it is a fairly broad spectrum.”

Not knowing the diagnosis is something that needs to be explained to the patient, without the patient losing confidence in the doctor. “This becomes the rational for biopsy.”

Also, a clinician should never worry alone. “In other words, if you look at the nail and you are not sure and are uncomfortable doing a biopsy, just ask for a second opinion.”

Taking the plunge to conduct a biopsy for an uncertain diagnosis is admirable.

“Most clinicians, when presented with an atypical pigmented lesion on the skin, move very quickly to biopsy and discussion of differential diagnosis and options related to the diagnosis. In fact, sometimes the biopsy happens before the patient is aware of it.”

But when practitioners are confronted by the same situation on the nail, they tend to stop in their tracks because they are uncomfortable doing the biopsy.

“Either you don’t wimp out and do the biopsy because it is the right thing to do for the patient or you get a second opinion because the thought process should not be any different than pigmented lesions on the skin.”

Knowing where to biopsy is also a consideration. “Even today, I see patients who have been biopsied inappropriately in the wrong area.”

For melanonychia, biopsies need to be performed on the nail matrix, not on the nail bed, he said.

USE DERMATOPATHOLOGISTS EXPERIENCED WITH NAIL PATHOLOGY

Nail matrix pathology is similar to cutaneous pathology for melanocytic lesions; however, there are subtle findings that can be featured on a nail biopsy of melanonychia.

“If someone is not experienced with melanonychia, these subtle findings may be missed,” he said.

A 2016 article from the Journal of Cutaneous Pathology concluded that 50 percent of study biopsy specimens of scattered atypical melanocytes with hyperchromatic nuclei in the nail matrix showed extremely subtle signs on original biopsy, despite clinical presentations that were markedly atypical and suspicious for melanoma.

For pathologists who are not comfortable with the subtle findings associated with nail melanonychia, they should consider either receiving a second opinion or having someone experienced with nail disease look at the specimens.

Overall, though, Dr. Jellinek sees much less invasive melanoma than exits in the literature because he is able to identify melanomas at their early stages.