Incognito may be the way to go in melanoma fight 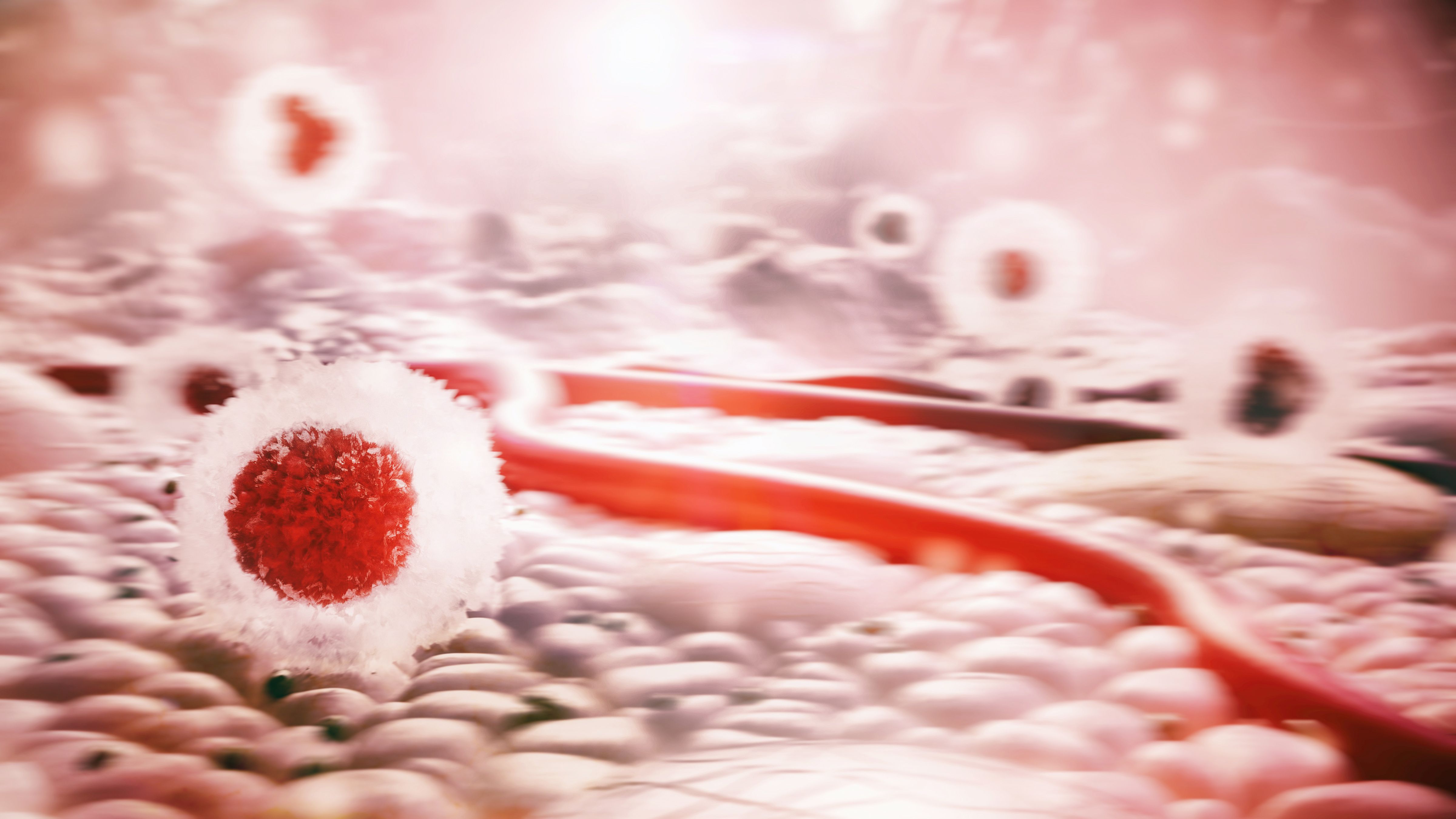 Combining the antibody IgG2a(TA99) with the recombinant TA99-mTNF fusion protein improves the effectiveness of the antibody against melanoma in mice, a study published in The Journal of Investigative Dermatology has shown.i

The murine TA99 antibody targets the cell membrane gp75 antigen which is selectively expressed in melanocytes and in melanoma cells, but is undetectable in all other normal tissues and therefore represents an ideal target for antibody-based pharmaceutical applications.

“These findings may open new clinical applications for the management of melanoma patients, since the gp75 antigen is conserved from mouse to man,” says researcher Dario Neri, Ph.D., Swiss Federal Institute of Technology, Switzerland.

Previous research has demonstrated that simultaneous intravenous administration of B16 melanoma cells and the gp75-specific TA99 antibody in murine IgG2a format could efficiently prevent formation of lung metastases in mice.ii However, further studies found that IgG2a(TA99) could not eradicate melanoma lesions once the tumors had established as small subcutaneous solid nodules.iii, iv, v

The Swiss researchers set out to characterize the tumor-homing properties and therapeutic activity of murine IgG2a(TA99) and investigate whether antibody-dependent cell cytotoxicity (ADCC) could be potentiated.

They found that the therapeutic activity of IgG2a(TA99) could be substantially enhanced by co-administration with an antibody cytokine fusion (TA99-mTNF), consisting of the TA99 antibody in scFv format fused to murine TNF. This fusion protein efficiently killed endothelial cells in vitro, while displaying only minimal activity against B16 melanoma cells.
In vivo, TA99-mTNF boosted the influx of natural killer (NK) cells and macrophages into B16 melanoma lesions.

“Therapy studies with two different administration schedules revealed that the combination of TA99-mTNF and IgG2a(TA99) was superior to the individual products used as single agents,” Dr. Neri says. “The combination treatment converted most of the tumor mass into a necrotic lesion, but a vital tumor rim eventually regrew, even when dacarbazine was included in the therapeutic regimen.”

There has been intense effort in potentiating the ADCC activity of antibodies by
mutagenesis of the Fc portion or glycoengineering, and the use of antibody-cytokine fusions, capable of boosting the influx and activation of certain leukocytes into the tumor cells mass, may represent a valuable complementary approach, he explains. “While two TNF fusions are currently being investigated in advanced clinical trials, we are not aware of on-going combination trials with IgG based therapeutics.”

In preclinical cancer models, the main activity of targeted TNF products appears to be
associated with a rapid induction of hemorrhagic necrosis, and in patients similar effects on superficial melanoma lesions have been reported in isolated limb perfusion procedures both with recombinant TNF and with the L19-TNF fusion.

Dr. Neri says: “ADCC remains an attractive and elegant avenue for exploiting the potential of the immune system, against target antigens of choice. Biocidal events are only manifested when the IgG molecule engages in a binding interaction with a suitable marker on the surface of target cells.”

While ADCC applications have not been very successful for the treatment of disseminated
solid tumors, the successful application of trastuzumab for the adjuvant treatment of patients with breast cancer is due, at least in part, to ADCC mechanisms, he points out, and ADCC may even play a role in the growing field of immune check-point inhibitors.
“Gp75, the target of the TA99 antibody, is one of the ‘cleanest’ tumor-associated antigens
described so far, being only expressed in melanocytes and in melanoma lesions,” he says. “We believe that molecular strategies directed against the gp75 antigen may be ideally suited, in order to investigate whether ADCC approaches can be efficient for the management of disseminated solid tumors.

“Based on the results of our study, a fully-human IgG1 product, specific to gp75, may deserve industrial and clinical development, especially if used in combination with antibody-cytokine products.”