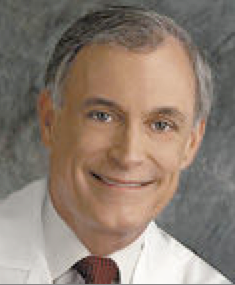 Hidradenitis suppurativa (HS) is a common, notoriously challenging disease with truly effective treatments few and far between. While research has led to more effective therapies, the disease continues to cause significant suffering in the 1- 4% of the population affected. An accurate and timely diagnosis is crucial to improve clinical outcomes.

Also known as acne inversa, HS is a chronic inflammatory disease of the terminal follicular epithelium, often occurring in areas rich in apocrine glands. Originally thought to arise from these glands, the condition is now believed to begin through follicular abnormalities.

It may be associated with other follicular-dysfunction processes such as acne, boils in the scalp (folliculitis decalvans) or pilonidal cyst. The process arises in the mid-to-deep dermis and does not seem to be caused by bacterial agents.

It is typically characterized by erythematous, tender, sterile nodules of various sizes that develop insidiously in the inguinal, perianal, submammary, and axillary regions. These nodules may progress to frank abscesses that not only drain to produce a very foul odor but also further develop tunneling, cavitations and sinus tracts in the affected areas, leading to the development of scars and keloids. Rarely, contractures and immobility may result.

Depending on the severity of symptoms, HS will often significantly impact the quality of life of patients, begging the need for more effective treatment regimens and therapeutic options.

The cause for hidradenitis appears to be multi-factorial. Hormones, and especially androgens, appear to stimulate the sebaceous gland to produce sebum. Subsequently, there may be a component of intraductal keratinocyte plugging, leading to increased intraductal pressure.

Recent data suggests that there may be a genetic weakness of the follicular duct wall at the junction point between the sebaceous gland and the follicular epithelium. Such weakness may encourage follicular rupture, and the ensuing perifollicular inflammatory responses. 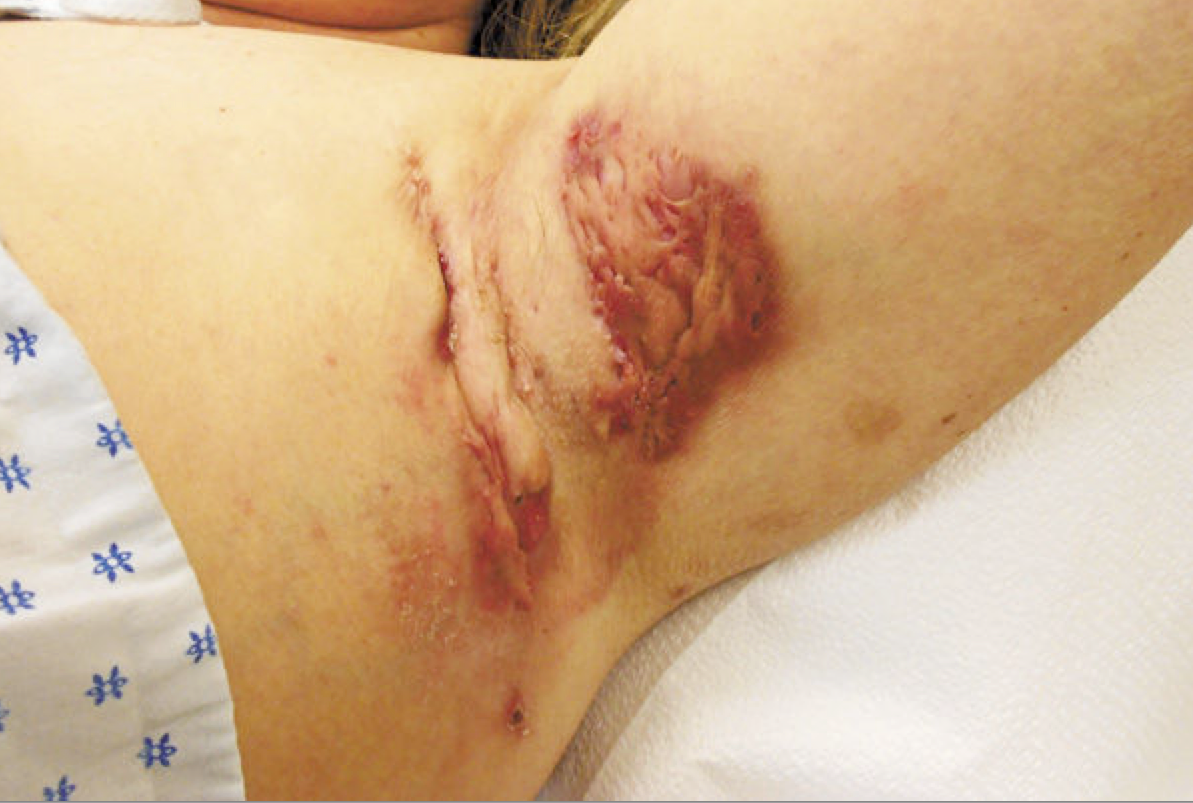 Systemic factors such as endocrine status, as well as local factors such as heat and humidity, obesity, smoking, and diet may significantly influence the follicular integrity. Strong features of family concentrations suggest genetic influences.

As noted, the nodular lesions in HS are typically inflamed and often contain significant amounts of a purulent, odiferous, gelatinous material, referred to as the Invasive Proliferative Gelatinous Mass (IPGM).

Large numbers of inflammatory cells, as well as epithelial stem cells, have been identified within this material. Greater quantities of this material are usually associated with more substantial inflammation and greater discomfort. With continuous inflammation, there is frequently the development of scars surrounding the nodular abscesses, and tunneling that extends to form cords or sinus tracts. Characteristic is the finding that pressure on an inflamed nodule may induce purulent drainage, through tunneling, from a distant site.

“Hidradenitis Suppurativa is a terrible disease that not only causes significant pain and suffering but is also associated with great embarrassment and social stigma in affected patients. The disease can have a huge negative impact on the patient’s social and professional life,” says Paul G. Hazen, M.D., clinical professor of dermatology at Case-Western Reserve University School of Medicine in Cleveland, Ohio, and immediate past president of the US-based Hidradenitis Suppurativa Foundation.

The disease is often misdiagnosed as infectious boils, Dr. Hazen says, which unfortunately may delay the implementation of appropriate therapy. The conventional wisdom as of late dictates that inflammation, rather than infection, is one of the central driving factors behind the disease; therefore, targeted therapies that can help control the progressive inflammatory process are key in the improvement of symptoms. Nevertheless, a very thorough medical review of systems must be undertaken in each patient, Dr. Hazen says, in order to rule out and/or elucidate the potential precipitating factors of the disease.

Understanding the influencing factors for each person with HS is important in selecting therapies. Metabolic syndromes including insulin-resistant diabetes, hyperandrogenism and hyperinflammatory conditions like arthritis, psoriasis or inflammatory bowel disease may be present and influence therapy choices.

“Checking for hormonal abnormalities is one part of evaluating patients with HS. If someone were to be endocrinologically abnormal, that might be one of the places where we could consider treatment,” Dr. Hazen explains. At baseline, Dr. Hazen will regularly check the patient’s androgen status in the preliminary work-up and evaluation.

Therapies focus either on medical or surgical solutions. Therapy for the acute lesion is often directed at immediate relief of pain. Intralesional steroids, other anti-inflammatory therapies, and occasionally incision and drainage may all be helpful.

After determining the severity of disease and ruling out or confirming potential comorbidities that can impact the development and progression of HS, Dr. Hazen usually proceeds with therapeutic regimens that target inflammation. These can include a short-course of corticosteroids, intralesional steroids, dapsone, and antibiotics for patients with mild to moderate HS.

Although HS is not an infectious disease, antibiotics are a traditional mainstay of therapy, likely due to their innate anti-inflammatory properties. Interestingly, those antibiotics that appear to have the most effective qualities and work best in quelling the symptoms of HS are agents that have enhanced anti-inflammatory features: tetracyclines, sulfa drugs and erythromycin compounds. Penicillin, cephalosporins, ampicillin and amoxicillin are all generally less effective, Dr. Hazen explains, as these agents have lesser anti-inflammatory features.

The combination of clindamycin combined with rifampin (an anti-tuberculosis agent with strong anti-inflammatory effects) has been shown to be substantially helpful in controlling the inflammatory process in some patients. 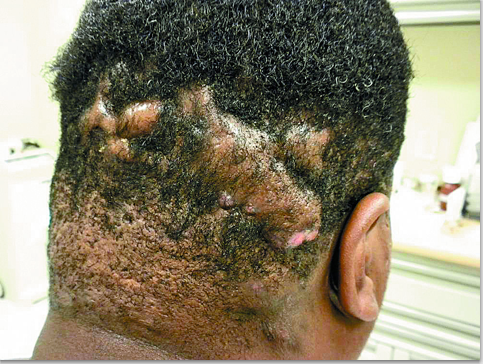 In more severe HS, or in recalcitrant cases, where initial anti-inflammatory regimens fall short of the therapeutic goal, Dr. Hazen considers using one of the TNF-alfa inhibiting agents such as adalimumab, rituximab, and ustekinumab.

“Most of the biologics have been used to manage other inflammatory diseases such as psoriasis, psoriatic arthritis, and inflammatory bowl disease. However, sometimes significant improvements can also be achieved with these agents for patients with HS,” Dr. Hazen says.

READ: Biologics can be antibiotic alternative for hidradenitis suppurativa

These agents can improve at least the symptoms of the inflammation associated with HS and can be given concomitantly with antibiotics, if needed. Other compounds, such as cyclosporine and even methotrexate, can also be used, although responses are less predictable, Dr. Hazen says.

Dr. Hazen says that adalimumab is one agent that has undergone extensive clinical trials and has been shown to achieve significant improvement in HS lesions. Anakinra (an IL-1 receptor antagonist) is another novel agent that has shown promise. According to Dr. Hazen, anakinra may improve HS symptoms and may also improve lesions of pyoderma gangrenosum associated with HS.

NEXT: Comorbidities add to the mix

Comorbidities add to the mix

Medical management may also need to include care of any associated comorbidities, such as androgen excess, inflammatory bowel disease, arthritis, obesity, or insulin resistance.

“Depending on what symptoms or disease associations one may have in this context, the clinician could try using one of the biologics, which hopefully will not only treat the HS but also other associated conditions. Nevertheless, I think it is a bit early to say which biologic works best in any subset of these diseases,” Dr. Hazen says.

In more advanced cases of hidradenitis, patients may not completely respond to medical and pharmacologic therapies alone. For such individuals, Dr. Hazen recommends adding surgical approaches to the medical therapy. Surgery may often be needed to address persistent abscesses, sinus tracts and scars.

For less complex inflammatory lesions, debridement and/or the “unroofing” of lesions may be helpful. Other approaches may include cauterization or cryosurgery for isolated lesions. For larger or more complex lesions of hidradenitis, multiple tiers or levels of tunneling may be present and in such patients, Dr. Hazen notes that surgical removal of the entire mass is often necessary.

“Unfortunately however, with almost all surgical treatments, recurrence rates are higher than what we would like to see,” Dr. Hazen says.

Reasons for the high risk of recurrence are uncertain. However, in many patients, recurrence seems to be related to the persistence of the Invasive Persistent Gelatinous Mass (IPGM) within the surgically- treated areas. Dr. Hazen notes that “As you perform the surgical removal of the HS lesion, there is almost always this gelatinous material within the cavities and/or sinus tracts, and this material appears to behave almost like a growth. It seems therefore, that if there is any portion of that material remaining following the surgery, the lesion is at risk of recurrence.” Whether the stem cells identified within the gelatinous mass are responsible for the recurrence, as well as for the other features of HS, is uncertain.

According to Dr. Hazen, data from the plastic surgery literature also suggests that surgical closure of the wound after removal of HS, with either primary closure, flaps, or skin grafts, also appears to increase the risk of local recurrence. Whether these recurrences are a result of persistent IPGM or related to trauma to the follicle from the closure is uncertain.

Recently, the use of light-based therapies has been shown to significantly improve lesions of hidradenitis. According to Dr. Hazen, Iltefat Hamzavi, M.D., at Henry Ford Hospital in Detroit has reported that the neodymium YAG laser has been able to reduce the number and intensities of inflammatory lesions in patients with all stages of hidradenitis. The carbon dioxide laser has also been useful, when used in either a vaporization or excisional mode.

“We have had significant success, with much lower rates of recurrence, in removing large or small abscesses and sinus tracts using the CO2 laser to facilitate the removal of persistent lesions of HS,” Dr. Hazen says.

Factors determining the surgical success of all therapies appear to relate to the goal of either removing or ablating the abscesses and tunnels/sinus tracts. When surgical removal has been performed, healing by secondary intention appears to create less risk of recurrence.

“If one sees a patient with a persistent inflammatory lesion, whether it be small or cavitary, and particularly if there is tunneling that takes place with scar formation, he or she should be recognized to likely have the qualities suggestive of HS rather than a single infectious event,” Dr. Hazen says. “Treating patients early and bringing their inflammation under control can help in stemming the disease process and its progression, potentially resulting in a more favorable prognosis.”

The past three years have seen great strides in managing all facets of HS, Dr. Hazen says, including recognition, patient and physician education, research, and medical and surgical therapies. Hopefully this will give great encouragement to the millions of people affected by this condition.