Performing fungal diagnostic preparations to confirm a suspected fungal infection should be a central tenant in dermatology, says this expert. But more than one-fifth of dermatologists surveyed said they never or rarely do fungal preparations in practice. 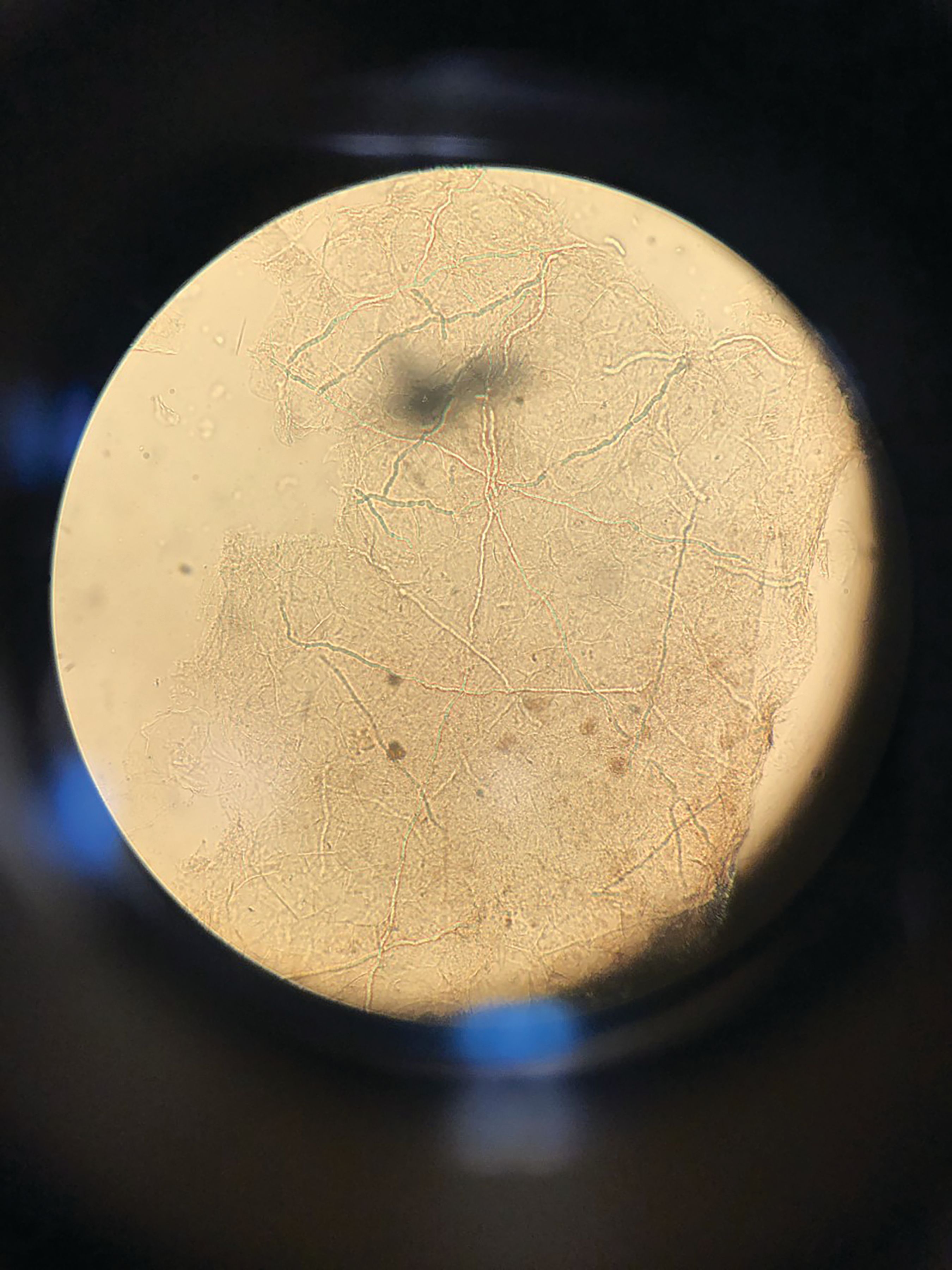 Numerous barriers prevent dermatologists from consistently using fungal diagnostic preparations to diagnose cutaneous fungal infections. In fact, more than one-fifth of dermatologists surveyed said they never or rarely do fungal preparations in practice and more than 43% said that very often the clinical diagnosis is adequate, according to a study published August 2019 in The Journal of Drugs in Dermatology.1

The problem with that is even dermatologists misdiagnose and mismanage fungal infections. Adam Friedman, M.D., the senior author on this paper, realized this when he asked dermatologists at a meeting to look at 13 clinical images and determine whether or not each was a fungal skin infection. The subsequent study, published in the Journal of the American Academy of Dermatology in 2016, found that more than 75% of the dermatologists surveyed accurately identified only four of 13 dermatophytosis cases.2

Performing direct microscopy with potassium hydroxide (KOH) or other stains to confirm a suspected fungal infection should be a central tenant in dermatology, says Dr. Friedman, professor and interim chair of dermatology at the George Washington School of Medicine and Health Sciences.

SO WHY NOT?
Dr. Friedman’s latest study on the topic reflects 308 completed survey responses from dermatologists on the Orlando Dermatology and Aesthetic and Clinical Conference email list. Survey questions delved into dermatologists’ perceptions of fungal preparations and Clinical Laboratory Improvement Amendment (CLIA) certification, which is necessary for getting reimbursed for performing the stains. While nearly 21% of respondents said they rarely or never use the prep when they suspect fungal infection, another 19.86% indicated they’ll “sometimes” perform fungal preparations. In addition to believing clinical diagnoses are adequate, dermatologists said they’re also unlikely to do the preps because they take too long.

More than 21% reported they were not CLIA certified, often because the process takes too much work or they don’t know how to apply. Nearly 13% of respondents said they rarely or never have access to a microscope, according to the study.

More than a quarter of the dermatologists who indicated they were CLIA certified agreed that obtaining the certification was difficult.

“These barriers emphasize the need for additional education about cutaneous fungal infections and use of bedside diagnostics. Additionally, policy-based interventions are necessary to ease the process of CLIA certification,” the authors concluded.

RIGHTING MISPERCEPTIONS AND ACKNOWLEDGING REALITY
In reality, performing KOH, Swartz-Lamkins or Chlorazol Black E fungal stains is simple and doesn’t take much time at all.

“You’re scratching the scale off the involved area onto a slide. You’re then using your preparation of choice and depending on the formulation you may have to heat it to accelerate the reaction of the specimen. Then you look at it under a microscope,” Dr. Friedman says. “We’re talking a matter of minutes that can easily change the course of someone’s care.”

Another issue that emerged as a significant barrier and is a real challenge is CLIA certification, according to Dr. Friedman.

“That takes a lot more time than actually doing the KOH preps,” he says. The burden of certification and maintenance makes sense for lab work, Mohs patients for example, but not for diagnosing fungal infections, Dr. Friedman reasons. And he hopes data like this might help foster change at the Centers for Medicare and Medicaid Services (CMS) to ease the burden on dermatologists and other providers who need to perform KOH and other stains.

“They could be getting the wrong treatment, or have to put more time into coming in for another visit. There are multiple layers of physical and emotional cost that go with not having it treated the right way,” he says.

Dr. Friedman has seen the consequences. He says he often sees patients with a spectrum called tinea incognito, where patients who have a fungal infection are treated with a steroid. The steroid turns off the immune response, so the tell-tale redness goes away and the skin just looks flaky, but the infection gets worse and worse.

“I had a patient who had undergone patch testing for eczema, was treated with a class I steroid and the whole thing was tinea, all over her body. I had another guy who had this innocuous, flakylike patch on his inner thigh and was using a class I steroid, and it was teaming with organism,” he said.

Something one of Dr. Friedman’s mentors once told him rings true in this case, he says: “If it scales, you scrape it.”

1. Murphy EC, Friedman AJ. Use of In-Office Preparations by Dermatologists for the Diagnosis of Cutaneous Fungal Infections. J Drugs Dermatol. 2019;18(8):798-802.