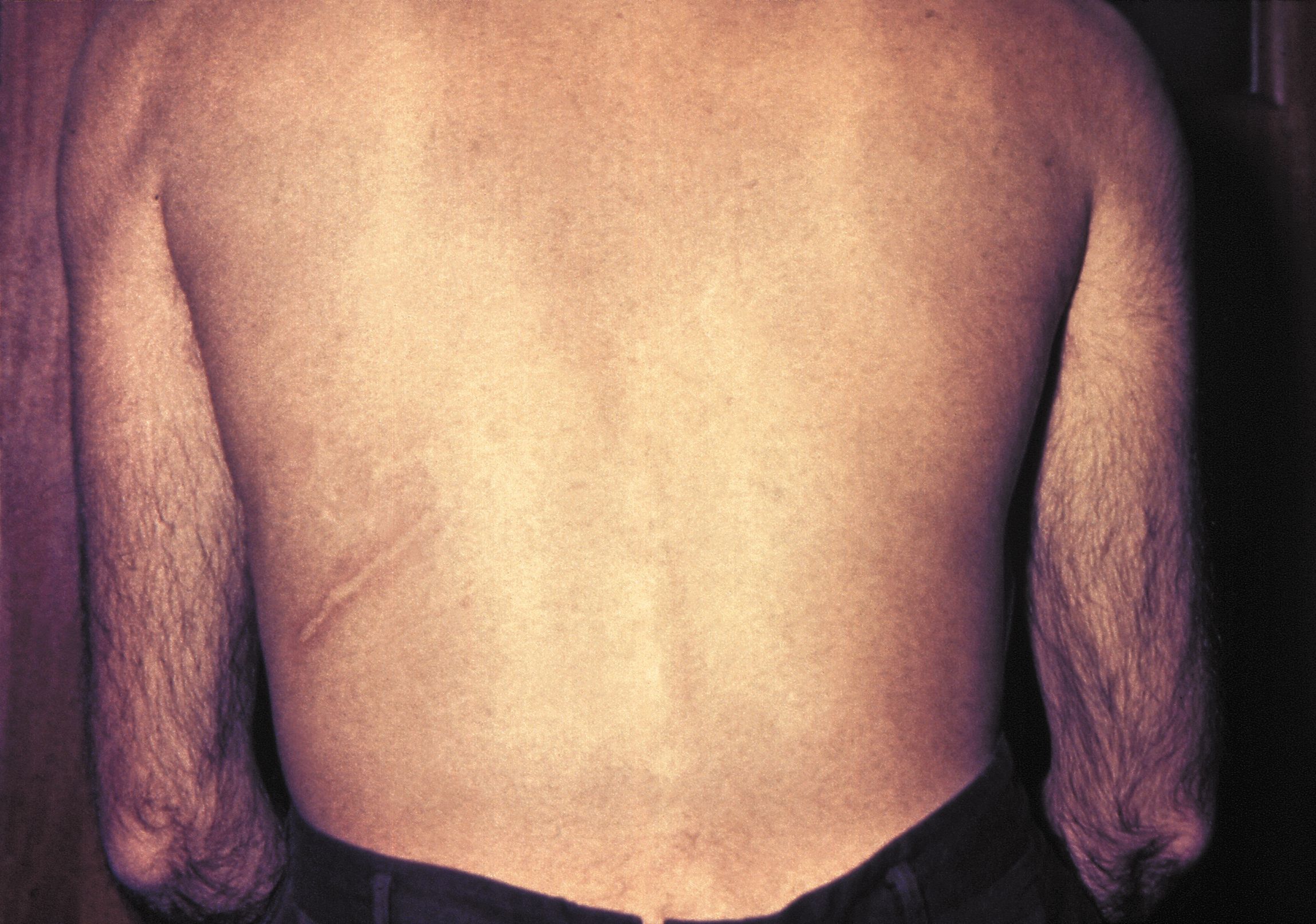 Expanding global travel fuels the spread of many of these diseases, say Stephen K. Tyring, M.D., Ph.D., M.B.A., and Casey Carlos, M.D., Ph.D. Dr. Tyring is clinical professor of dermatology, microbiology/molecular genetics and internal medicine at the University of Texas Health Science Center, and medical director of the Center for Clinical Studies in Houston. Dr. Carlos is assistant professor of internal medicine in the division of dermatology, University of California, San Diego.

Dr. Tyring also blames complacency. With fewer parents getting their children vaccinated for measles, for example, he says that 2013 saw more measles cases in the United States (175 as of Dec. 6) than any prior year of the 21st century.

Accordingly, he says, “Infectious diseases of the 20th century such as measles are not eradicated. And some diseases that were very rare in the United States at the beginning of the 21st century are coming back with a vengeance.” Therefore, he says that for every disease for which there is a vaccine, “It’s important that people get vaccinated.”

Next: Hepatitis B is emerging in the U.S.

Somewhat similarly, Dr. Carlos says, “Hepatitis B is emerging in the United States,” fueled largely by immigrants and refugees who grew up in areas where the disease is endemic and developed chronic infections.

“Many of the medications we use for conditions like psoriasis and pemphigus are more difficult to use in patients with chronic hepatitis B,” Dr. Carlos says. Examples include rituximab and the tumor necrosis factor (TNF) inhibitors, which she says physicians must use cautiously in these patients because they can reactivate the disease.

As for hepatitis C, Dr. Tyring says that the Food and Drug Administration approvals of boceprevir and telaprevir - for use with pegylated interferon plus ribavirin - ushered in a new approach. Most recently, he adds, “Sofosbuvir and simeprevir were approved for treatment of hepatitis C. It is notable that sofosbuvir is given without interferon, which eliminates many of the side effects of combination therapies. When we talk about the viral diseases we commonly see in dermatology, such as papillomaviruses and herpes viruses, we’re talking about treatments, not cures. And now the hepatologists are talking about cures for hepatitis C.”

“The point of developing a new drug is for those who develop resistance to the available medications - particularly people with AIDS and other immunocompromised individuals. This works when other drugs fail due to resistance,” Dr. Tyring says.

Other threats include new strains of existing viruses. In this regard, says Jason Lott, M.D., M.S.P.H., hand, foot and mouth disease (HFMD) typically arises from coxsackievirus A16, which generally causes mild, limited disease in children and immunocompromised adults. However, he says, the coxsackievirus A6 (CVA6) that he and others first reported in the United States may affect both children and immunocompetent adults.

Additionally, “It can be far more severe,” he says. Many patients require hospitalization due to severe stomatitis or acral involvement, says Dr. Lott, who is a Robert Wood Johnson Foundation Clinical Scholar in the departments of dermatology and internal medicine at Yale University School of Medicine, New Haven, Conn.

CVA6 often presents with an atypical distribution and seasonality (e.g., late fall and winter), he adds.

Next: Tropical infections with cutaneous components

Among tropical infections with cutaneous components, Dr. Carlos says, “Dengue was fairly well controlled in the Americas until about 1970.” Then many governments in afflicted areas stopped their efforts to control the population of the responsible Aedes mosquito, she says.

Perhaps not surprisingly, the first 10 months of 2013 saw more cases of dengue in the United States (7,802 laboratory-confirmed, all in Puerto Rico) than the similar period in 2012, Dr. Tyring says.

“Everyone should have dengue fever on their list of infections to worry about for the future,” Dr. Lott says. In this regard, he says he’s especially concerned about the potential spread of dengue consequent to the World Cup soccer tournament scheduled for mid-2014 in Brazil.

Of greatest concern with dengue, Dr. Lott says, is that infection with one of its four serotypes does not confer lifelong immunity against the other three.

Dr. Carlos says if a patient clears one serotype, then catches another, “The patient has a high risk of developing dengue-associated hemorrhagic fever, which can be fatal. It’s something for clinicians to be aware of, especially in returning travelers or people from other areas who are traveling, because they may only present on their way back into their home country.”

Mosquitoes from the same Aedes genus (A. aegypti, A. albopictus) also can carry the chikungunya virus, the causative agent of chikungunya fever. Though it mainly affects southeast Asia and countries surrounding the Indian Ocean, Dr. Lott says, the World Health Organization recently confirmed 10 cases on the French side of St. Martin in the Caribbean. A. albopictus furthermore can range as far north as Connecticut, he adds.

Like dengue, chikungunya fever has a three- to seven-day incubation period and presents with a similar rash that includes islands of sparing, Dr. Carlos says.

“Chikungunya is Makonde for ‘that which bends,’ and afflicted patients may develop severe lumbar back pain,” Dr. Lott says.

Treatment for chikungunya and dengue addresses symptoms until the illness resolves, according to Dr. Tyring. Additional tropical skin infections on the rise include the following:

Also occurring more commonly, due partly to increased use of systemic immunosuppressants, is the parasite Strongyloides, Dr. Carlos says. Severe illness can increase abdominal pressure, leading to the appearance of “thumbprint” purpura in the area as the parasites breach the gastrointestinal tract and enter the skin.

Typical markers for Strongyloides infections include eosinophilia, she says. Fortunately, oral anti-helminthic medications tend to resolve these infections. But for serious cases involving immunosuppression, she says, patients may need to take these medicines for years.

Next: Bacterial infections on the radar

The Amblyomma maculatum tick, which lives in the Southeast, Mid-South and Mid-Atlantic regions, transmits American tick bite fever, through the Rickettsia parkeri bacterium, Dr. Lott says. As with rickettsial pox, the initial tick bite can cause an eschar, he says, followed by an ill-defined papular eruption.

“That’s important to distinguish these and select other rickettsial infections from Rocky Mountain spotted fever,” he says.

Simultaneously, Dr. Lott says, “Chagas disease (a.k.a. American trypanosomiasis) is becoming a tremendous problem,” especially in the Southwestern and Western United States. “Many people are monitoring that disease, partly because its vector - the so-called ‘kissing bug’ - is hard to control. Furthermore, there are no highly effective therapies for it, especially once it moves from its acute phase to the chronic phase,” which can lead to severe cardiomyopathy, megaesophagus, megacolon and other complications.

Dermatologists also should watch for multi-drug-resistant gonorrhea, say Drs. Carlos and Lott. Dr. Carlos says it has been described mostly in Asia to date. However, Dr. Lott adds, it’s already appeared in the Western United States and may be spreading toward the rest of the country.

“It’s scary,” Dr. Carlos says, “because there are no effective medications for some of the strains that have been cultured.” In such cases, she says, using multiple antibiotics simultaneously appears to have prevented any fatalities.

However, Dr. Carlos says, “The real worry is that many of these people carry it in their tonsils,” a location that physicians perhaps previously overlooked. As these patients take antibiotics for other health problems over time, more resistance may develop.

Overall, “New antibiotics are not coming out nearly as fast as we need them for the resistant strains of Staphylococcus and other bacteria,” Dr. Tyring says. Therefore, he says that presently, prevention - through standard infection-control measures - represents the best strategy for methicillin-resistant S. aureus. Physicians also must continue eliminating unnecessary antibiotic use, Dr. Carlos adds.

Antibiotic development efforts relaxed for years, she says, because most major bacterial threats appeared to be under control. But with antibiotic resistance growing and new bacterial strains emerging yearly, “We need to devote more resources to treating these illnesses - and not just what we see in the United States.” With global travel ever increasing, “We can’t ignore what’s going on in other parts of the world.”