Effective treatment first requires accurate diagnosis, one expert says. He offers tips to distinguish melasma from other disorders and suggests some patients may need to be checked for diabetes and metabolic syndrome if they exhibit certain presentations.

By recognizing nuances in facial pigmentation, dermatologists can better diagnose and treat patients with facial hyperpigmentation, according to Amit G. Pandya, M.D., staff dermatologist at the Palo Alto Medical Foundation in Sunnyvale, Calif., and clinical professor of dermatology at University of Texas Southwestern Medical Center, Dallas.

“… the first thing we have to do as dermatologists is determine the cause of this problem,” says Dr. Pandya, who presented “Unmasking Facial Hyperpigmentation,” during the American Academy of Dermatology VMX 2020.1

Pigmentary distribution often helps dermatologists distinguish melasma, one of the most common of the disorders, from others.

Dr. Pandya pointed to these clues:

Melasma tends to involve the central area of the forehead; whereas, lichen planus pigmentosus is more likely the diagnosis when lateral areas of the forehead are involved.

“Melasma often occurs in the area above the eyebrow or under the eyebrow. However, it does not cross the superior orbital rim and does not go above the inferior orbital rim. That presentation is simply called dark circles around the eyes,” he said during the presentation. “Melasma does commonly go over the bridge of the nose, but it does not affect the tip of the nose. If it’s on the tip of the nose, that’s often seen with sarcoidosis and drug-induced hyperpigmentation.”

Melasma tends to occur above the mandible, versus poikiloderma of Civatte, which occurs below the mandible.

And while the nasolabial fold usually is spared in melasma, it isn’t in seborrheic dermatitis or drug-induced hyperpigmentation.

“… they tend to be not as symmetrical as melasma and scattered in various sun-exposed areas of the face areas,” he said.

A patient presenting with hyperpigmentation strictly around the eyes and not on the cheeks may have dark circles around the eyes, which is usually due to increased epidermal and dermal melanin, he says.

Dermatologists should consider checking some of these patients for diabetes and metabolic syndrome, he says. He referred to a study of 123 patients with acanthosis nigricans compared to sex- and age-matched controls.2

“The mean age of onset was 31 years. There was elevated insulin in 37%. It was associated with male gender, positive glucose tolerance test, increased waist-hip ratio and increased body mass index,” he says. “When you see patients with this greyish hyperpigmentation going up the temple and in the area under the zygoma, it may be worthwhile asking about risk factors for diabetes and metabolic syndrome, perhaps even checking some laboratory tests. We still don’t have very data to see if this all goes away with weight loss and control of these disorders.”

Pigmentary demarcation lines that coalesce with dark circles around the eyes is common in the South Asian population, according to Dr. Pandya.

“You have to be able to distinguish between [demarcation lines] and melasma and other disorders. Unfortunately, pigmentary demarcation lines are genetically determined so these patients tend to have them throughout their lifetime. They are difficult to treat and they get worse during the summer,” he said.

Examining patients is an important part of diagnosing facial pigmentary disorders. History-taking and, sometimes, other testing helps to determine the exact diagnosis, he said. 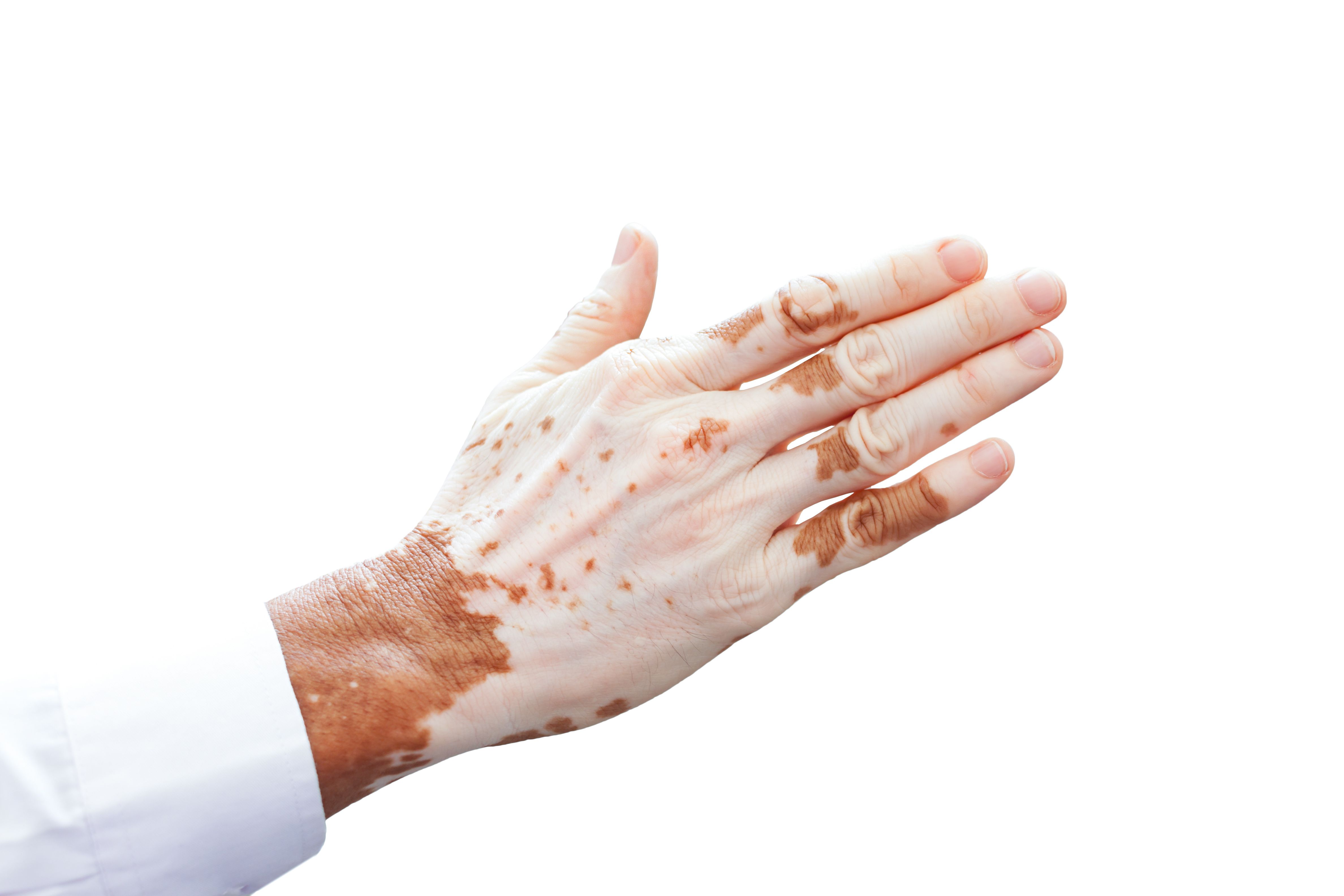 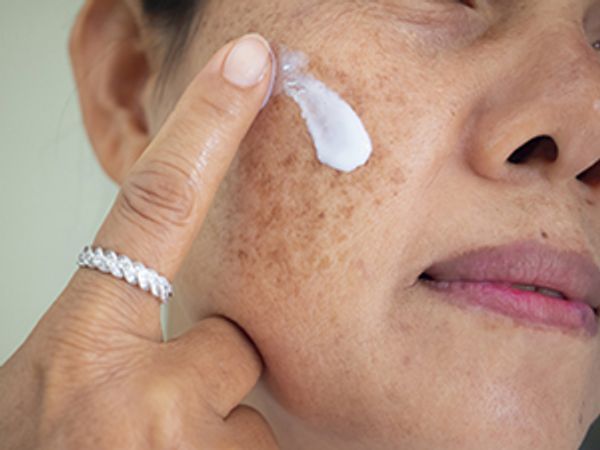 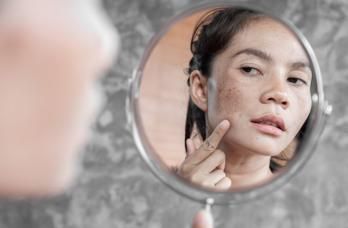 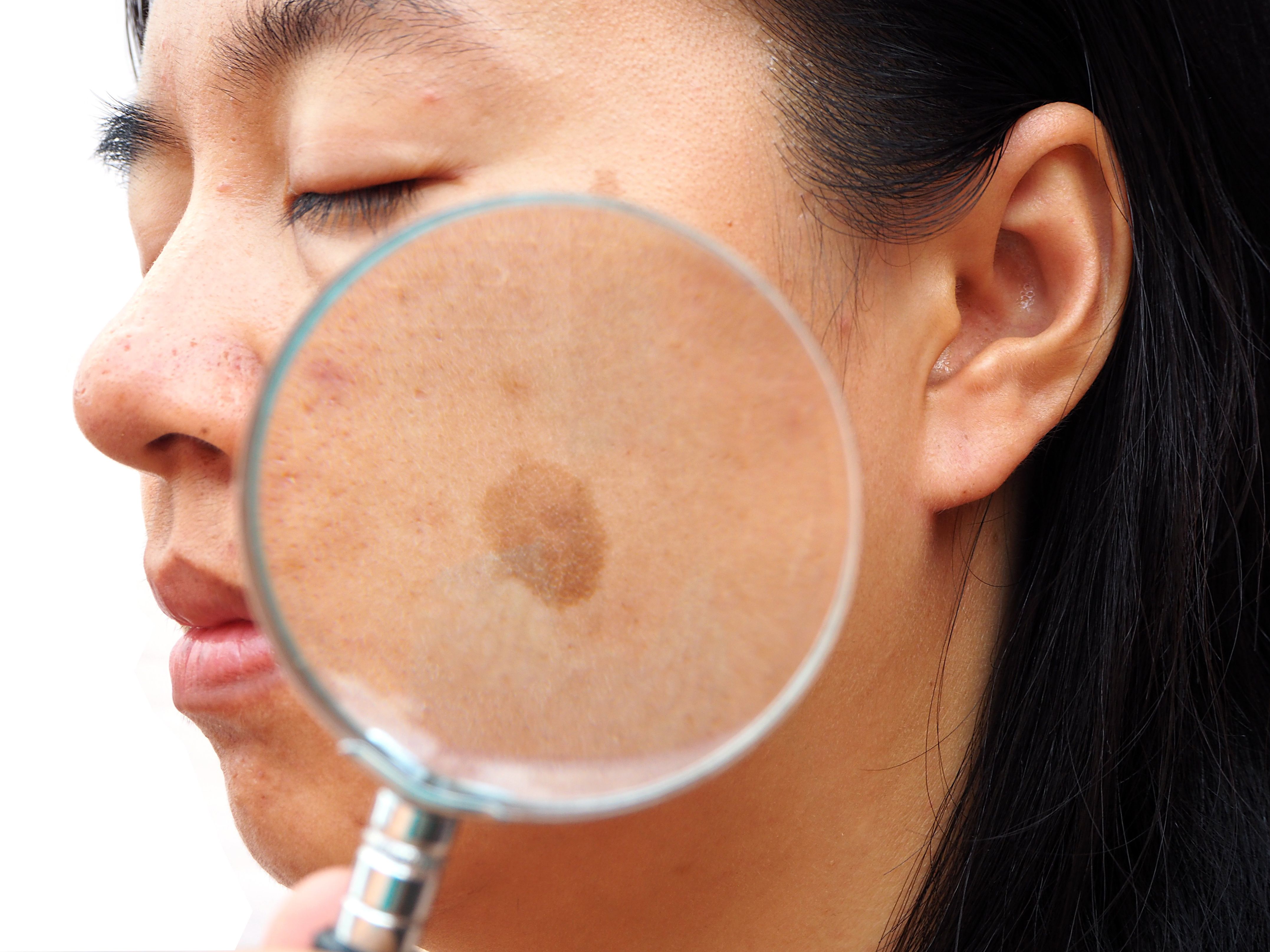